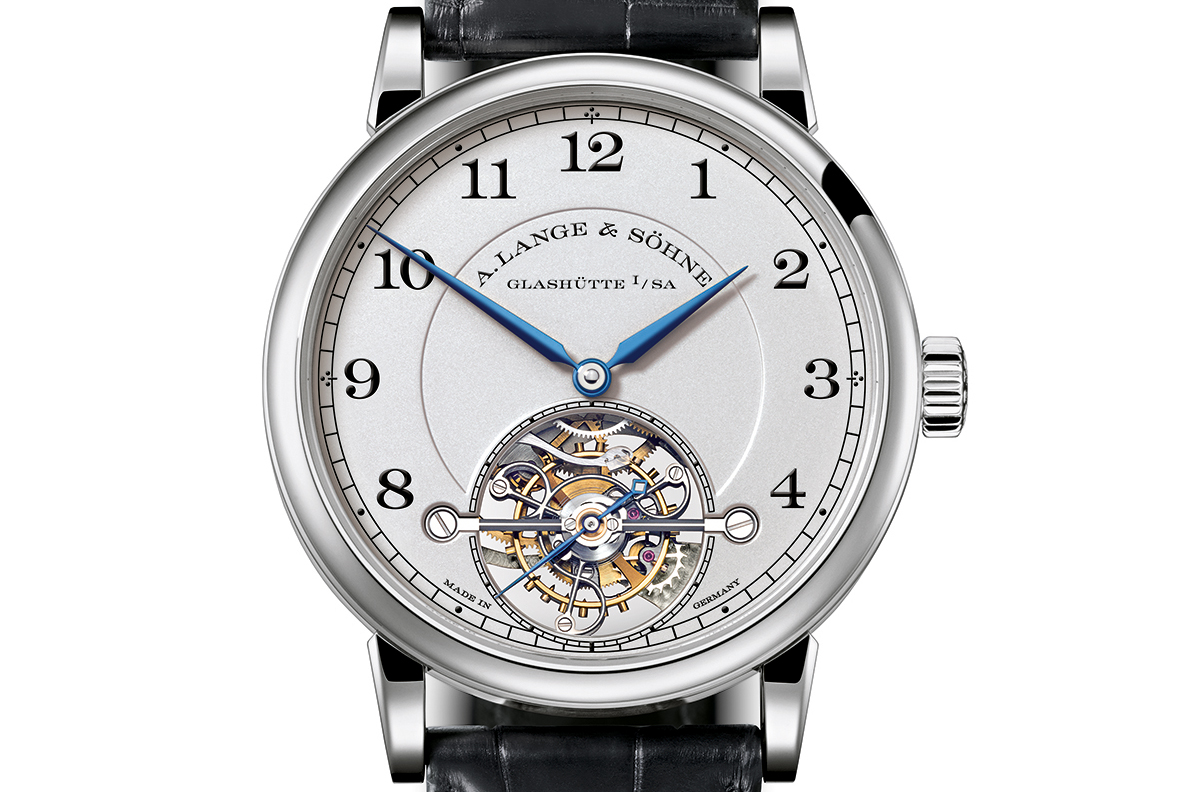 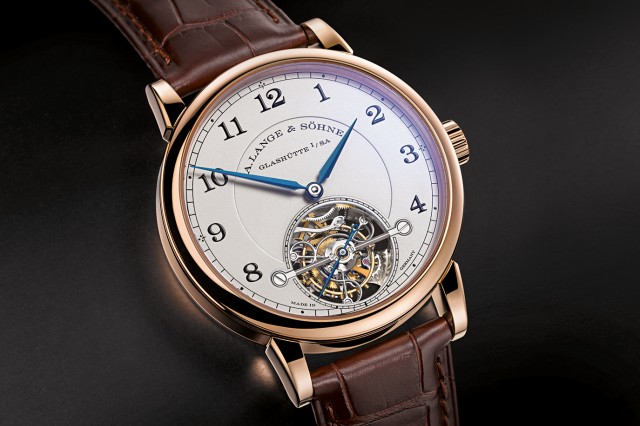 The new Lange 1815 Tourbillon combines three features developed in the past, a tourbillon, stop-seconds and zero-reset, which for the first time in watchmaking history have been combined together in a single timepiece. When the crown is pulled, the balance inside the tourbillon cage stops instantaneously and the seconds hand jumps to the zero position. The watch can now conveniently be synchronised with a reference watch or a time signal.

In 2008, Lange’s calibre designers put an end to the impasse.  At the time, they succeeded in breaking the balance inside the rotating tourbillon cage directly and without delay. When the crown is pulled, a complex lever mechanism is activated which presses a movable V-shaped spring onto the balance wheel and stops the balance instantaneously. The new 1815 Tourbillon is also endowed with this patented mechanism, which can partly be observed through the aperture in the dial.

However, in the new 1815 Tourbillon Lange’s product developers went a step further. They paired the stop mechanism with the also patented ZERO-RESET mechanism, which in fact goes back even further; having been introduced with the Sax-O-Mat in 1994 when the modern Lange unveiled its first four wristwatches. It causes the blued-steel hand of the subsidiary seconds dial to instantly jump to the zero position when the crown is pulled, thus facilitating the synchronisation of the watch by positioning the minutes hand exactly above a minutes stroke and starting the watch with one-second accuracy. 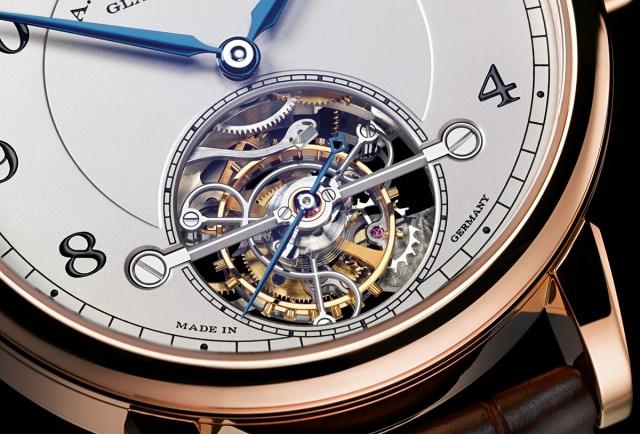 Visually the new 1815 Tourbillon resembles a more simplified Lange Tourbograph Pour le Mérite, minus the chronograph mechanism and sub-dials of course. The understated design of the 1815 Tourbillon assures crisp legibility. In comparison with earlier versions, the tourbillon’s diameter has been increased by nearly one millimeter to 13.2 millimeters. The arbor of the tourbillon carries the subsidiary second hand and in a bid to make it more noticeable by contrast, it is crafted from blued steel. The combination of Arabic numerals with the classic railway-track minute scale is reminiscent of historic A. Lange & Söhne pocket watches.

The 1815 Tourbillon is crowned by the diamond endstone of the tourbillon, which was first used the in the original Pour le Mérite Tourbillon. With a diameter of 39.5mm x 11.1mm in height, the pink-gold or platinum case provides a harmoniously proportioned stage for the Lange manually wound in-house calibre L102.1, which has a power reserve of 3 days. 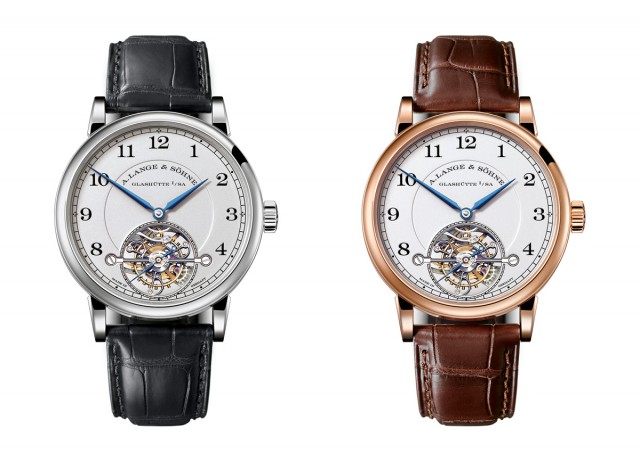 The Lange 1815 Tourbillon is available in pink gold with a retail price of €132,500, and a platinum version which is limited to 100 pieces that retails for €162,500. Both versions are available only with a deployant buckle.

For more information the Lange 1815 Tourbillon, visit the official A. Lange & Söhne website.