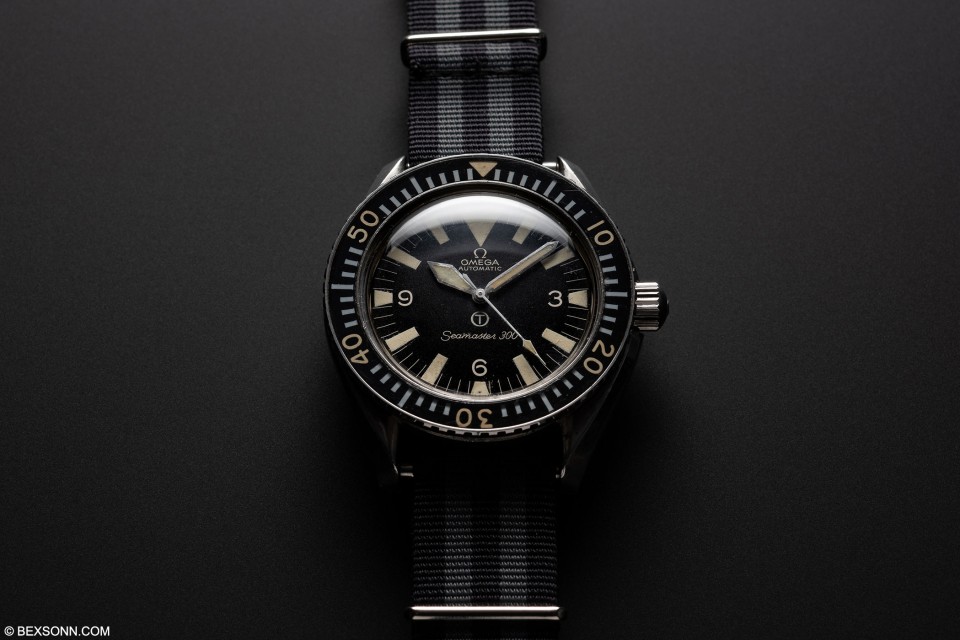 The November auction marks Watches of Knightsbridge’s last London auction of the year, though it doesn’t feel that long ago that we were going through their first 2018 catalogue. It perhaps goes without saying that we would inevitably highlight some of our favourite lots. That said, and I believe I’m not alone in saying this, flicking through the pages of this month’s auction catalogue, it would appear Watches of Knightsbridge have opted for a more quality over quantity approach. Of course, we’ve picked just a handful to give you a taste of what is to come this weekend. 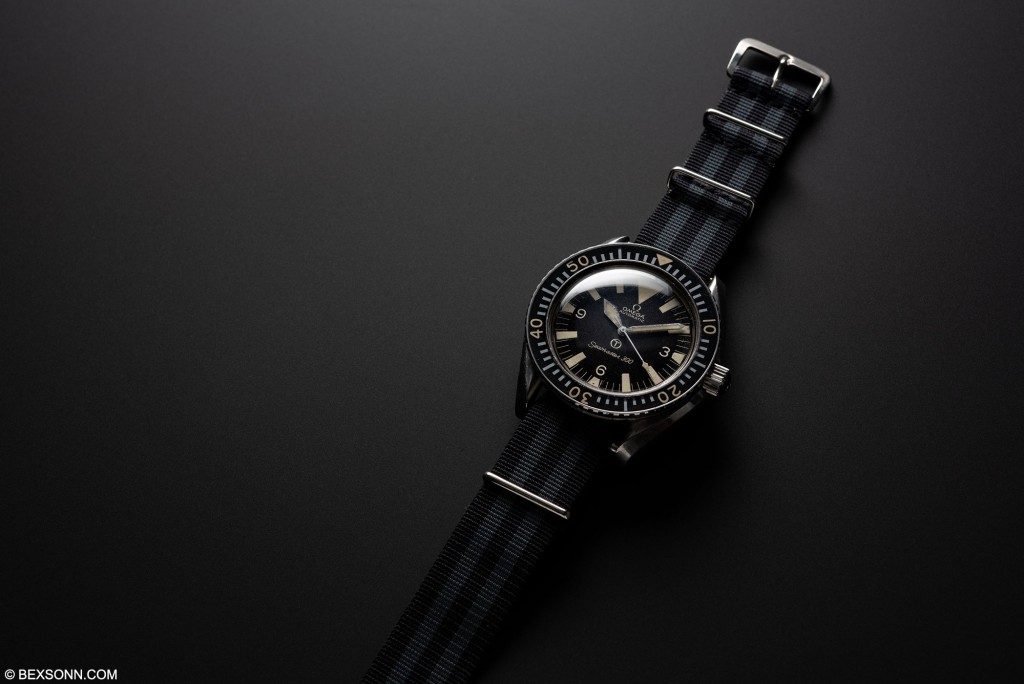 Lot 136: Last time I said we seldom touch on the subject of military Seamaster’s but much like London buses; you wait for one and two come along. This example unlike the previous piece in the June auction shows its military lineage. Military Omega Seamaster 300’s have come into their own and have been gained a lot of interest, this may have something to do with one that was sold at Bonham’s back in 2015 but who knows? Whatever the reason these watches are cool, perhaps not as cool as the CK2913’s in my humble opinion, but these bombe lung variants still demand respect. The first Military Seamaster 300’s were introduced in 1967 with a standard dial and sword hands. Some featured Naiad crowns, which was Omega’s version of the triplock crown. All military SM300 wristwatches featured engraved numbers on the back, with some also featuring the letter ‘T’ in a circle on the dial, which is evident in this example. Furthermore, it is accompanied by are its Omega archives, which tally up correctly, confirming it was delivered to the British Royal Navy. 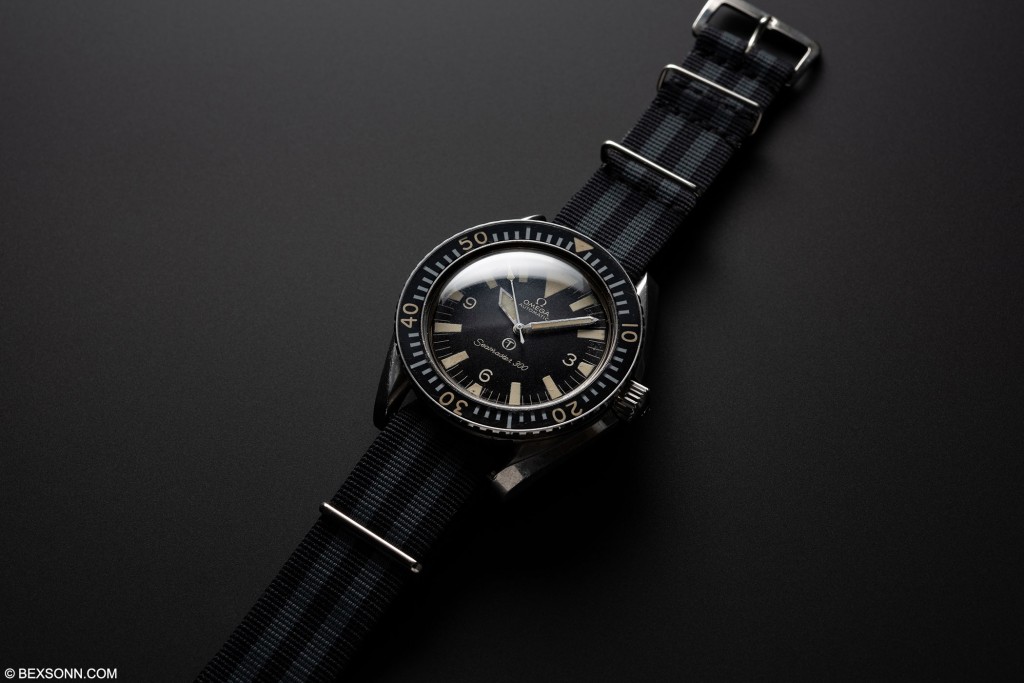 This rare Military Seamaster 300 from 1968 sports a black matte dial, known as the “Big Triangle Dial” with Arabic numerals at 3, 6 and 9, and tritium hour markers. It features steel sword minute and hour hands. Inside is the 24 jewelled, calibre 552 automatic movement. The 42mm Military case is fitted with fixed lugs and features a 60-minute rotating bezel – demarcated all the way through to 60, displaying a nice build-up of patina over the years. Of course, being a Military issued Seamaster 300, on the case back are issue markings. The lugs on this example are particularly well-preserved but what I think adds to the overall character is its warm patina. 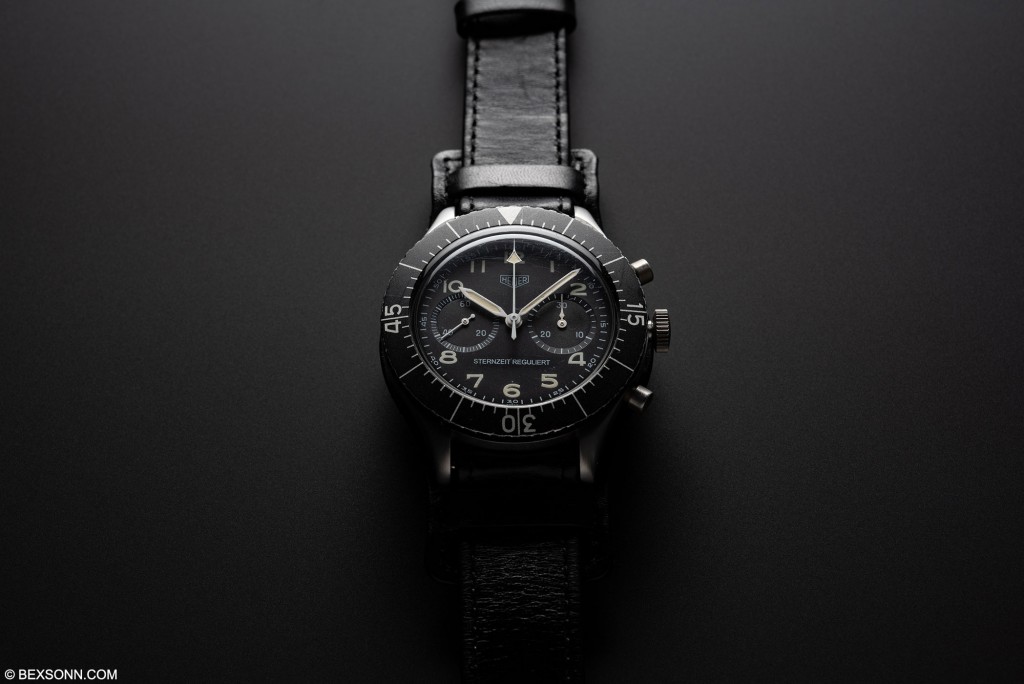 Lot 150: I don’t usually highlight these Military chronographs but lately, these timepieces have become rather hot property and they’re still relatively affordable – for now. That said, there has been a massive community dedicated to these timepieces for a while, but it has always been quite niche, that is until recently. These Military flyback chronographs are the stuff of legend and there were quite a few made by Leonidas/Heuer back in the 60’s. There are quite a few variations, with the most coveted example being the Sternzeit. 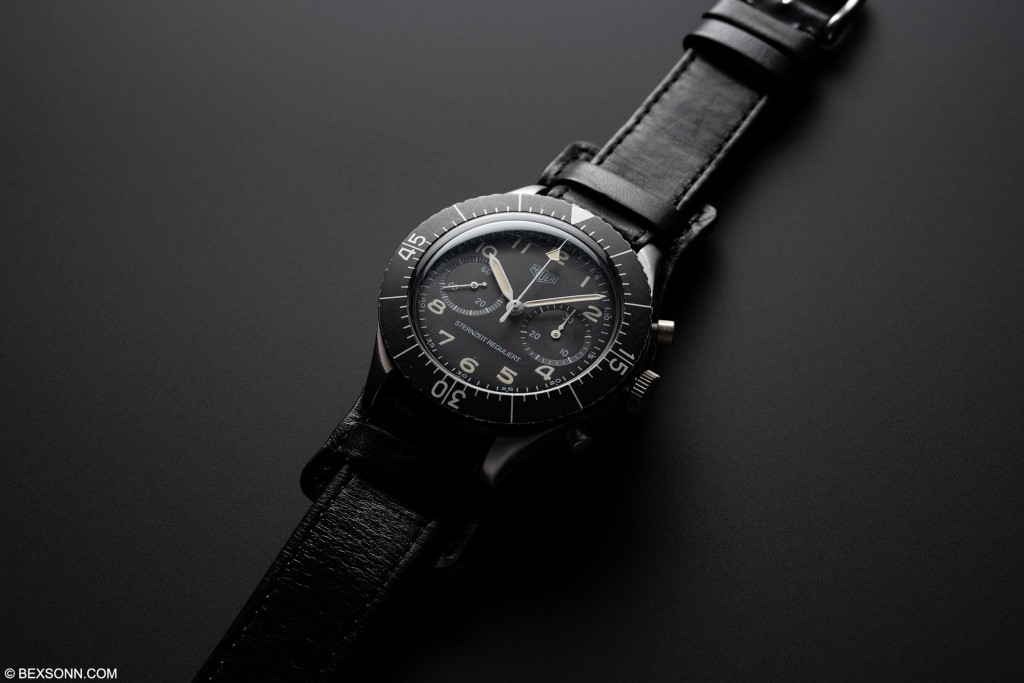 These military flyback chronographs, were originally issued to either Italy or Germany. These issued chronographs were normally returned by the pilot it was on lease to and serviced. During service, parts were often replaced, such as dials or movements to make the watch fit for duty, which most likely upset their initial value. This particular Heuer Bundeswehr Sternzeit Reguliert aka 1551 SGSZ (dated to circa 1970), is the rarest amongst them all and has a rather quirky attribute. Issued to artillery units in the early 70s as an astro-navigational chronometer. ‘Sternzeit Reguliert’ translates to ‘Regulated to Sidereal time’ which runs about 4 minutes a day slower than local time. This was to assist in targeting objects via astro-navigation. That said, most have been now re-converted to run at a normal rate.

This 1551 SGSZ features the standard ‘Heuer’ logo, with “Sternzeit Reguliert” written between 8 & 4 o’clock. Housed in this 43 mm case is a Valjoux 230 flyback chronograph calibre and on the case back is the issued military markings. Quite fitting too, it comes on Bund-style, black leather strap. 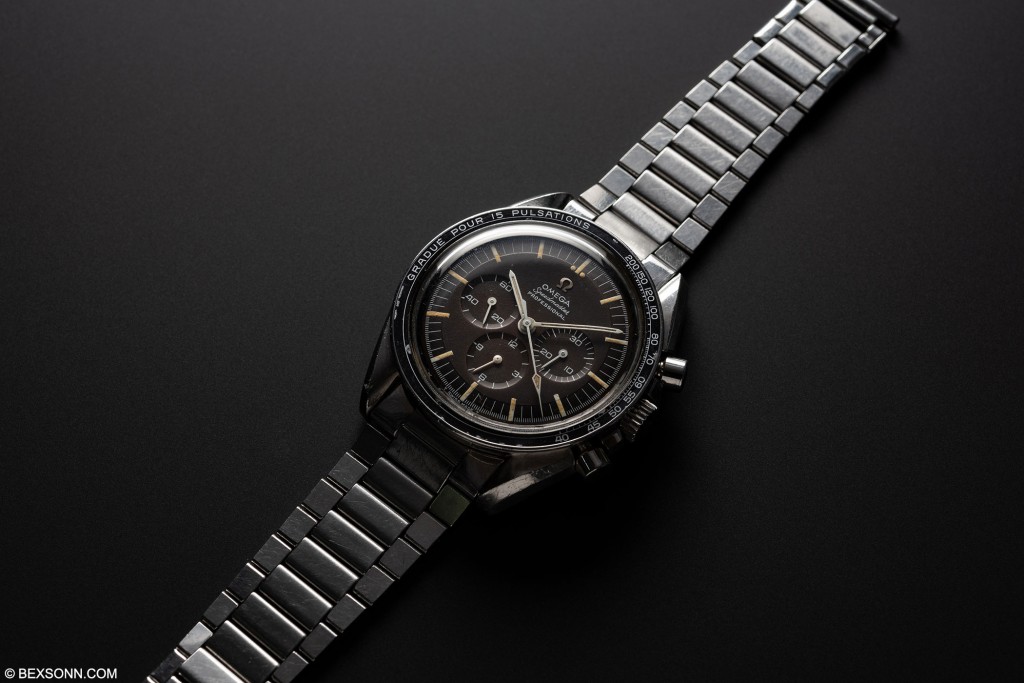 Lot 188: Vintage Omega Speedmasters have come into their own of late, with the straight-lug models of the CK2915, which is right at the top of the pyramid, the CK2998 (aka the Wally Shirra) and then the 105.003, also known as the ‘Ed White’ – which is perhaps more common than the first two mentioned but also more attainable. Then there’s the twisted-lug examples with the most coveted pieces being the Alaska Project examples. That said, there is still a healthy appetite for the pre-moon examples (reference 145.012), which have seen some eyebrow raising results at auction. And this particular example seems to have all the attributes that make it rather alluring. 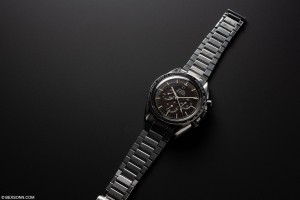 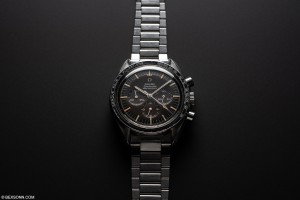 Pre-moon Speedmaster are considered among collectors to be special, as these examples were the first to exhibit twisted/bombe lugs. But when such an example features a tropical dial and on top of this an original “Pulsations” bezel, its status is somewhat elevated. This particular lot features both of these attributes. The matte black dial has discoloured to a warm dark chocolate-brown hue, which is nicely accented by the creamy tone of the hour markers. The Pulsation bezel on any chronograph is considered special but even more so on a Speedmaster and especially when it’s all original, as denoted by the thin chapter ring and wording “Gradue Pour 15 Pulsations”. Of course, inside is the critically acclaimed 321 chronograph calibre, not only because its reliability but also for its ease of service. It comes on an original 1039 flat-link bracelet with 516 end pieces that has a decent bit of length to it. This 1968 example also comes with its Omega Extract from the Archives, which states the watch was originally delivered to Spain. 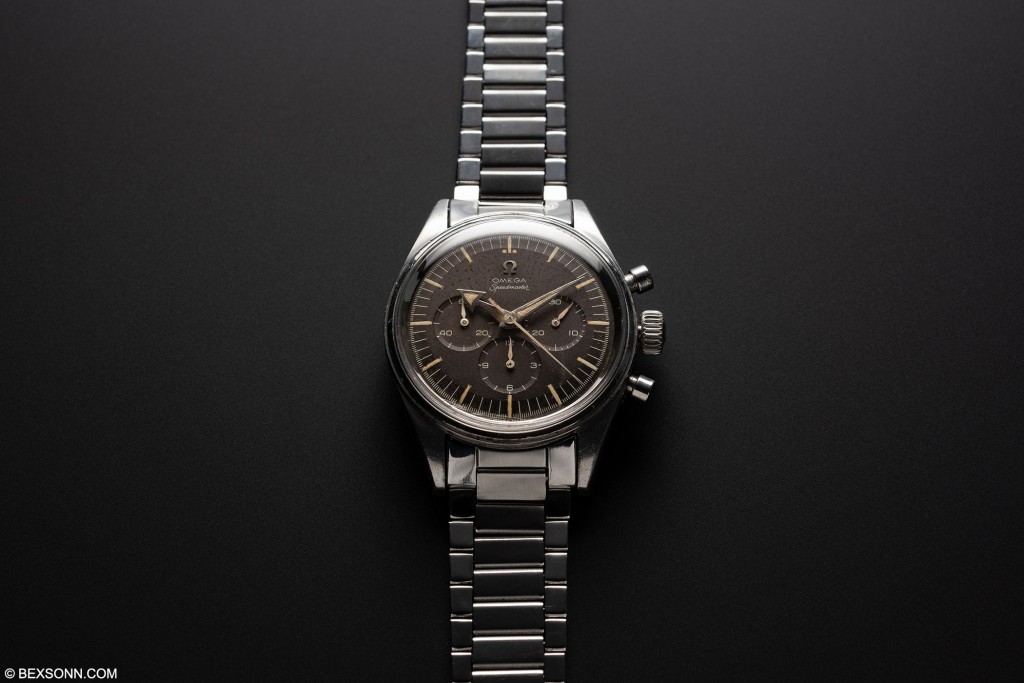 Lot 191: As you’ve probably heard me say before, the CK2915 herald a few things in the world of wristwatch chronographs but perhaps the most visible was the tach-o-metre being placed on the bezel. Omega were the first watch manufacturer to ever do this, all the way back in 1957, on a wristwatch and other brands soon followed suit. Designed by Claude Balilod, this was meant to be a chronograph wristwatch for the track though as history would have it, it would become an icon for something completely different. 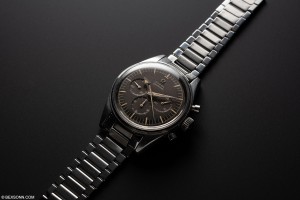 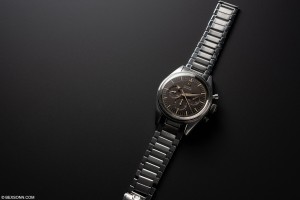 This 1958 Speedmaster ref CK2915-1 as you may have already noticed is void of the all-important steel tach-o-meter bezel but this is of course something that can be sourced, albeit not cheaply but it is possible. The dial over the years have changed from black to a warm tropical brown tone and features creamy luminous markers, triple register recording hours, minutes and continuous seconds. It of course boasts steel broad arrow hands and white alpha register hands. Beating away in side is the famous calibre 321. Though this lot isn’t perfect the reason we’ve chosen to highlight it is because it represents a real opportunity in possibly bagging a bargain – so to speak… 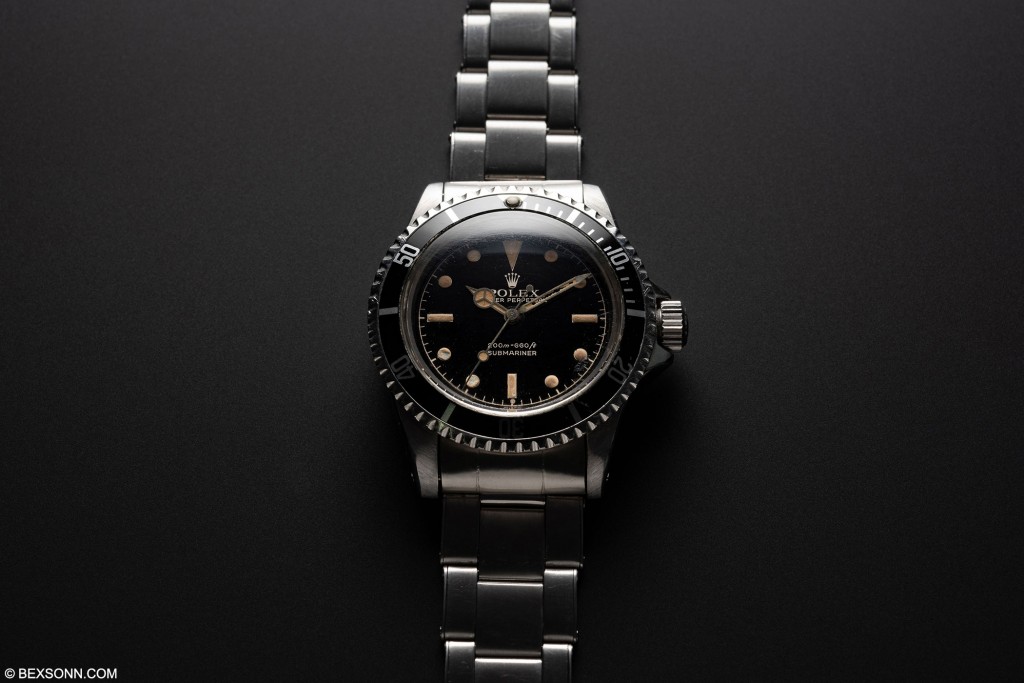 Lot 267: There is no denying that the Submariner is the ultimate tool watch and we have highlighted quite a few variations here. But there’s nothing like showing our readers an honest, humble and modest 5512, albeit, with a few sought after details that make collecting Rolex timepieces so intriguing. I’m always told it’s the finer details that make Rolex timepieces not only interesting but highly collectible. This gilt dial is particularly rare as it displays an exclamation mark at 6 o’clock, believed to signify a lower amount of radium used for the luminous material. It was around this period of timed that Rolex realised the health hazards of using radium on their dials, and gradually moved to tritium. The luminous markers and matching hands (despite the condition of the minute hand) have aged to a lovely cream colour. Furthermore, it also impresses with a chapter ring. 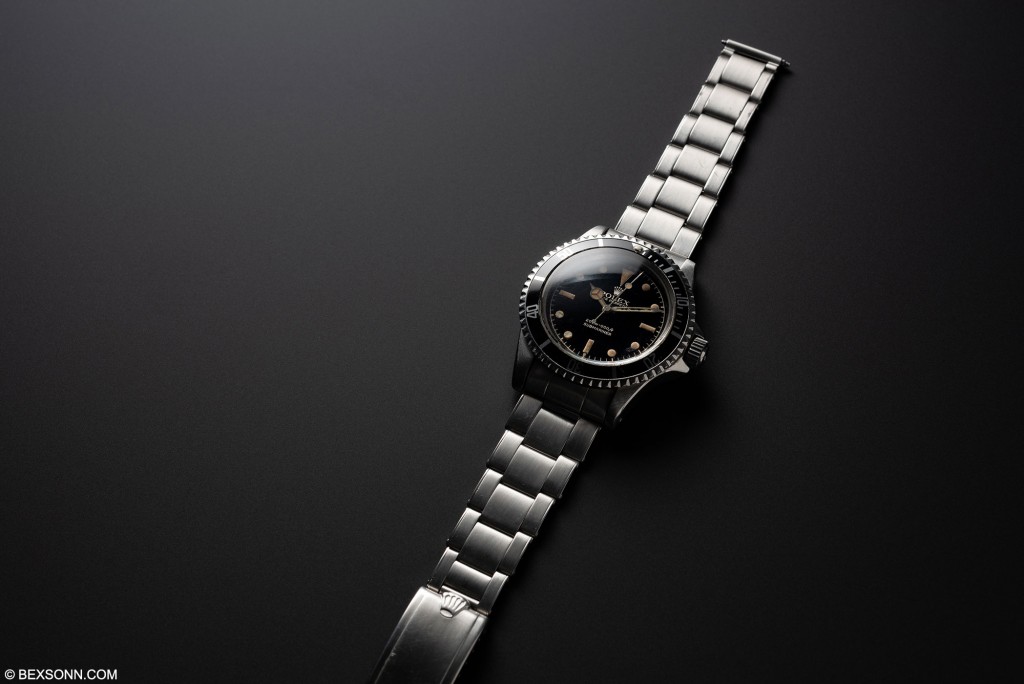 This Submariner 5512 also features, what is known to collectors as “Pointed Crown Guards” or “Cornino” – Italian for small horn. The origination of this detail is rather interesting. The very first crown-guard cases featured large square crown guards, however, clients weren’t overly pleased with bulkiness of this feature. So, Rolex filed away the square crown guard of the cases they had in stock, leaving only a small pointed guard. Thus, the “Cornino” was born.

The Watches of Knightsbridge auction will take place on the 3rd November 2018, at the new location of The Berkeley Hotel Ballroom & Belgravia Suite, make sure you visit the official website for this month’s full catalogue.