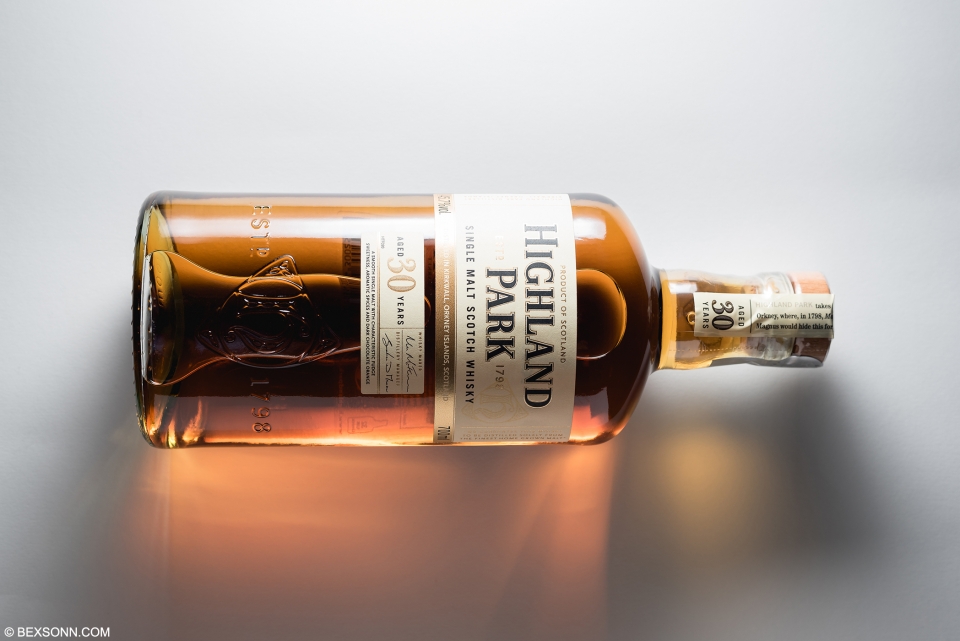 This is not the first time we’ve dabbled in Highland Park scotch, we have of course posted tasting notes here on this 12-year-old expression. If you were unaware, The Highland Park distillery that is steeped in history, stands on a hill overlooking Kirkwell, Orkney’s mail town – on an area of common land long known as the High Park of Rosebank. Established in 1798, of course as an illicit distillery, Highland Park describe themselves as the most Northern distillery in the world that above all creates some of the most taste bud tingling Scotch whisky. Their whisky is known for being rich with notes of honey, oranges, oak, with a slightly salty nature but most intriguingly, a touch of smoke/peat.

On the nose: is an intensive waft of sweet oranges, mixed fruits, banana and notes of vanilla cream. This is closely followed by notes of toffee, a few tropical notes, butterscotch and honey. There is a lovely buttery like note floating around in there, followed by spicy notes of cinnamon and star anise. The nose is nicely rounded  off with suggestions of candy, brown sugar, green herbaceous notes and smoke. On the palate: those sweet oranges are ever-present, followed by notes of vanilla, butterscotch and smoke. Alongside these are  those tropical notes, salty caramel, cinnamon and strangely enough coffee and leather. Notes of marzipan, candy, rose-water, dark chocolate and notes of a meaty nature, nicely round off the palate. The finish: is long, sweet, spicy, with lingering nuttiness and smoke.

The verdict: The 12-year-old we posted tasting notes on at the latter part of last year was just sublime and offered a brilliant bang for your buck. This 30-year-old expression is almost like a more intense version that just keeps offering more and more notes. It is so well-balanced with the right amount of sweetness, spiciness, body and peat that has great depth. With an ABV of only 48.1%, it’s not really a Scotch that requires any water but if required, then only add just a few drops. Also allowing it to breathe for 5 – 10 minutes, yields more notes too.

For more information on this 12-year-old expression, visit the official Highland Park website.