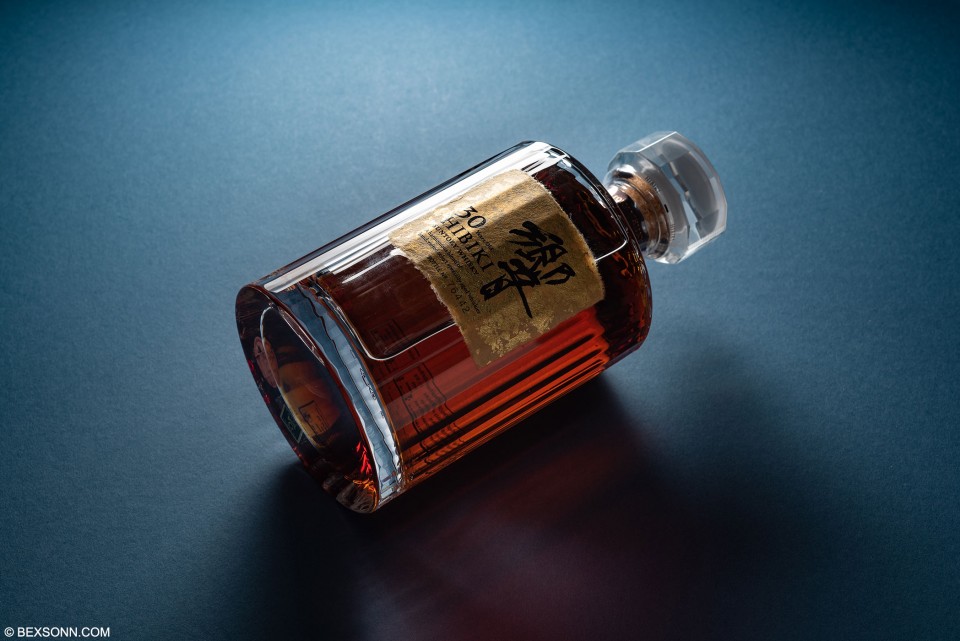 Japanese whisky has been around now for quite some time, with Suntory being the eldest distillery amongst them all. The Hibiki range was created to be the paragon of the Suntory blend. The name Hibiki literally means “resonance” in Japanese. Hibiki ingeniously embraces the subtleties in the Japanese nature found in the 24 seasons of the traditional calendar. This is reflected in the 24 facets of the bottles design of which I’ve always been an admirer of. The Hibiki is a harmonious blend made up of Suntory’s malt (Yamazaki & Hakushu) and grain (Chita) distilleries that have been carefully blended to create this expression, which encapsulates everything that is good about the Hibiki blend. The Hibiki 30 is a blend of rare and meticulously selected mature malt and grain whiskies aged over 30 years. With aromas of sweet dried fruit and a spicy flavour, it is characterised by a solemn, refined richness and profound, lingering echoes. Hence the reason it was awarded the Trophy at the International Spirits Challenge in 2004, 2006 and 2008. It was also awarded the coveted title “World’s Best Blended Whisky” at the World Whiskies Award in 2007 and 2008!

On the nose: is an intensive waft of dark chocolate and tobacco, closely followed by lighter notes of banana, mango, cherries and currants. After a couple of swirls in the glass, notes of vanilla, cinnamon, honey and cardamom start to emerge, alongside a hint of coconut. Rounding-off the nose are notes of shortbread, marzipan, a touch of orange zest, a buttery saltiness, burnt brown sugar and a hint of smoke. On the palate: those tropical notes are more present, followed by melon, sea salt and peat. Notes of aniseed, vanilla and toffee start to appear, alongside a hint of ganache. There are some subdued spices floating around in there, as well as some leathery notes and toasted oats. The palate is completed with a hint of lemon zest, green herbs and lavender. The finish: is long, subtle and sweet with lingering currants, tropical notes and smoke.

The verdict: As far as Japanese blends go, Hibiki is one of the best. We’ve posted tasting notes on the 12-year-old, 17-year-old, Japanese Harmony and the 21-year-old expression but never had the chance to try the 30-year-old expression – until now. On the nose, it has everything that you would expect from a Hibiki that has been matured over 30-years. On the palate it is so well-balance and has plenty of depth in flavour. It is simply one of the best Japanese blends – period! In my opinion, it doesn’t really need any water but if required then only add in small quantities until it is right for you. However, if you don’t feel the need just allow it to breathe for 5 – 7 minutes.

Hibiki 30-Year-Old Japanese Blended Whisky is available online or in well-stocked Whisky Shops, due to short supply, for approximately £5000.

For more information on this Hibiki expression, visit the official Suntory website.