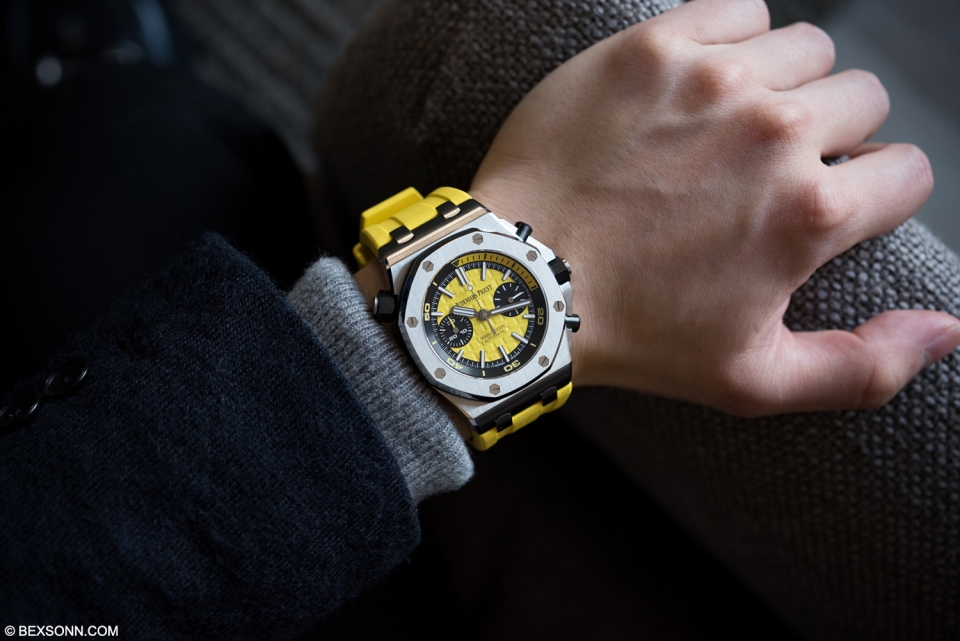 Before I start, I would like to establish something first. This is not something I would wear. Not because it’s not a great watch technically, but just because its large size and bright colours goes against everything I would wear aesthetically. Also I don’t have a large wrist. So, just personal preference really.  That being said, after some convincing, I decided to go into it with an ‘open’ mind and strap the thing on my wrist. One could say then, I’m certainly out of my comfort zone. This week, we take an open-minded look at the new Audemars Piguet Royal Oak Offshore Diver Chronograph. 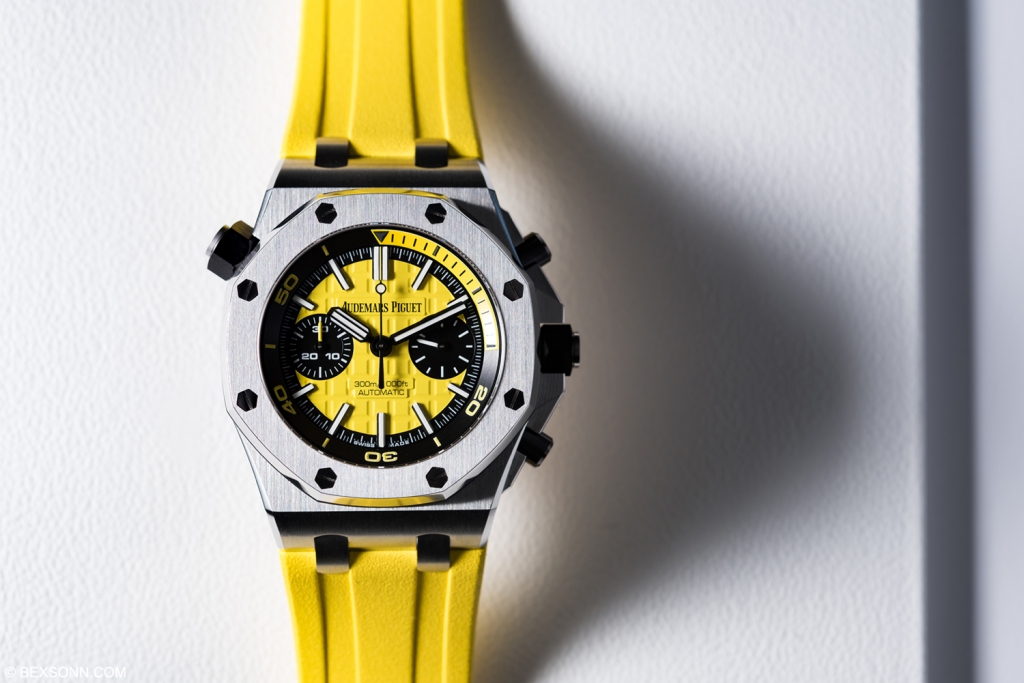 This watch is part of Audemars Piguet’s answer to a certified dive watch. It is the second piece to come out after the time only Royal Oak Offshore Diver that is ISO certified to 300 meters. This time it comes in a variety of colours, the one we have on today is the yellow version but you have the choice of lime green, blue and orange on top of this. With a case at 42mm and a thickness of 14.75mm, it is certainly a hefty piece, albeit understandably as it is a dive watch and I can see this coming in handy underwater. As with diving, visibility is paramount, which explains the bright funky colours that AP has adopted. The yellow, with the mega tappiserie dial, contrasting thick baton markers and baton hands certainly allows for maximum readability, whether in a dark room or in the ocean. I must admit, while I had my reservations at the start about wearing this Offshore Diver Chronograph, I started to warm to it and it felt pretty good on my wrist. The rubber strap is nothing but quality and it feels very good on the skin, as expected from a manufacture like Audemars Piguet. 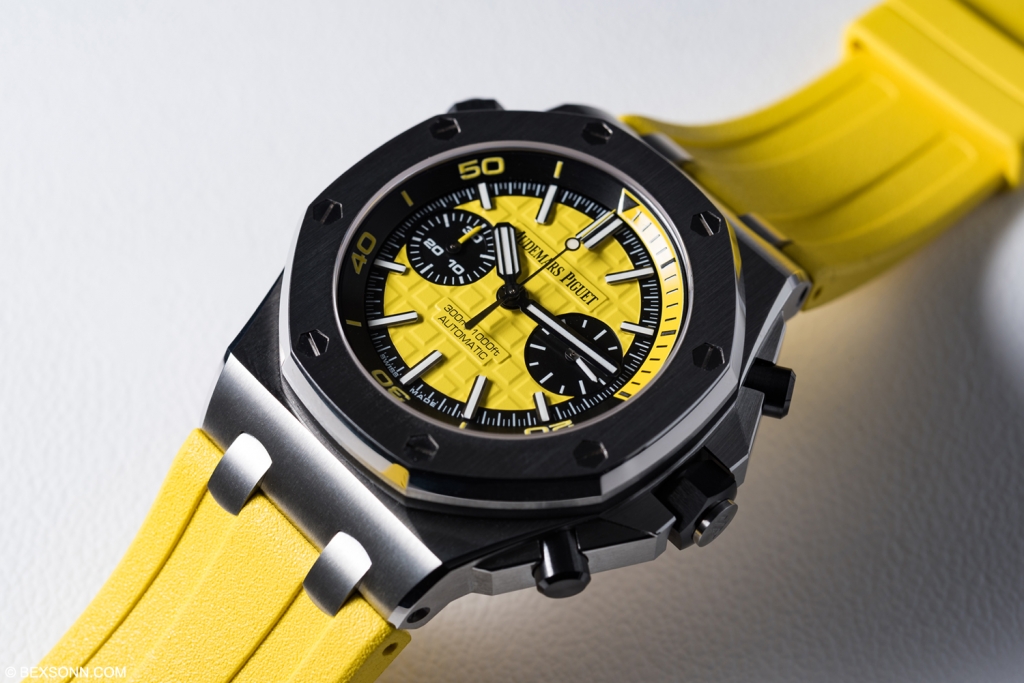 The movement housed inside this Offshore Diver Chronograph is the Calibre 3124/3841. This is not something new from the manufacture as they used it in the Jules Audemars Classic Chronograph a few years back. The base calibre 3124 is made in-house by AP but the calibre 3841 is a Dubois-Depraz chronograph module fitted on top which is only decorated by Audemars Piguet. While this is no in-house movement and the current trend is certainly for a manufacture to have an in-house chronograph, the movement is as expected, very good. Perhaps the notion of having an in-house calibre as a prerequisite for quality is slightly overdone, especially as AP’s peers – Vacheron Constantin and Patek Philippe – both of late have released their own in-house chronograph calibres, putting pressure on AP as the supposed third member of the ‘holy trinity’ to up their game and release their own. This in turn may at times undeservedly discredit movements such as this Calibre 3124/3841, due to the ébauche used. Anyway, unlike the original Royal Oak Offshore Diver, this one comes with a sapphire caseback, allowing you to see the decorated 22k gold rotor and the movement underneath it. It has a respectable power reserve of about 50 hours. 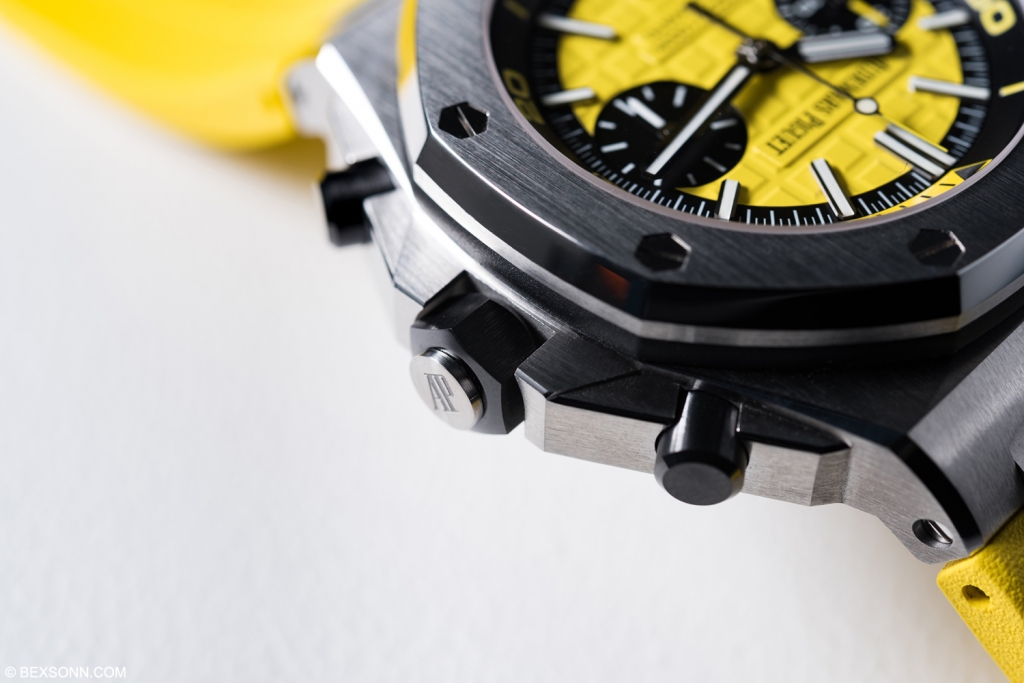 Ok, so maybe I was slightly quick to jump the gun with this Offshore, I have to admit, especially after looking at the photographs, with the right outfit, this is actually a very cool watch. Sure, I wouldn’t wear it everyday, but if you’re after something that both oozes quality and fun, you just might be looking at the piece to acquire.

The new Royal Oak Offshore Chronograph, as mentioned, is available in stainless steel on an Orange, Blue, Lime Green or Yellow strap, with matching dial and is priced at £20,400. For more information, visit the Audemars Piguet website. 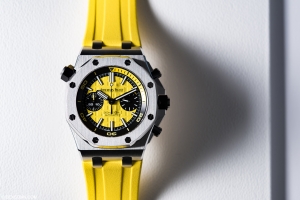 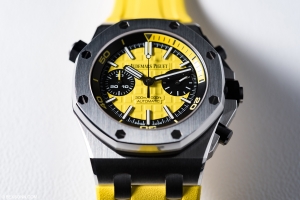 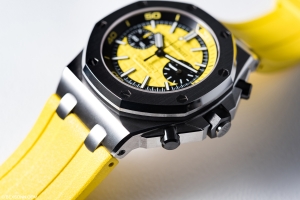 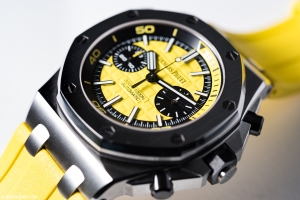 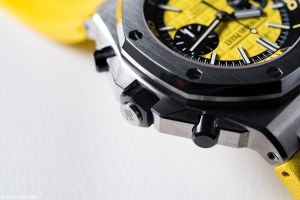 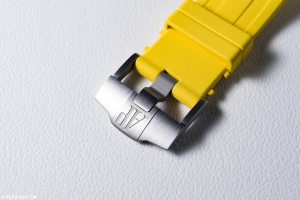 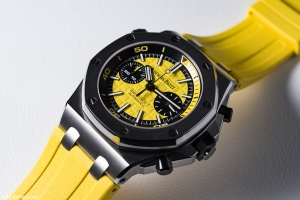 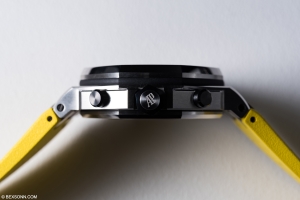 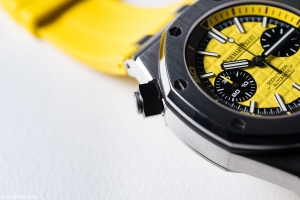 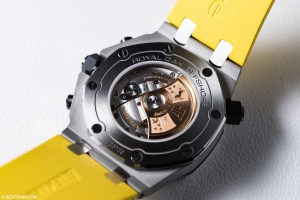 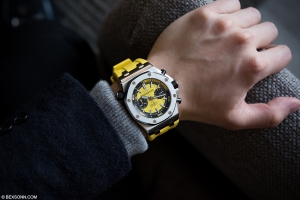