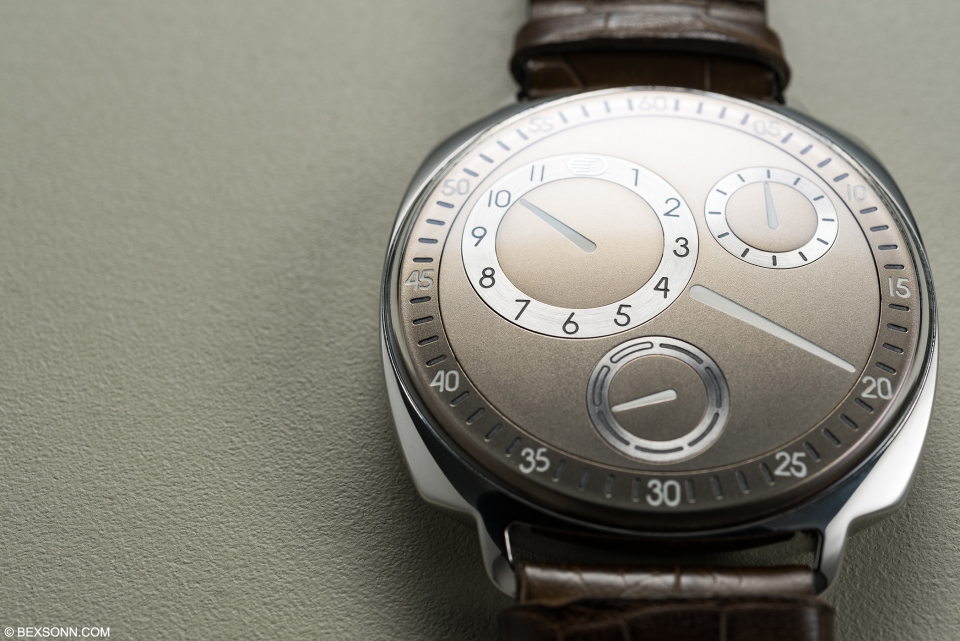 At the turn of the year we took a quick peek at the new Ressence Type 1 Squared. We loved it instantly and admittedly couldn’t wait to get our hands on it. Last year, we looked at the Type 3BB and its dive ready sibling; the Type 5BB as well – aptly dubbed the most legible mechanical dive watches to date. I’ve said it before and I’ll say it again – Ressence is perhaps one of, if not the most, ground-breaking horological marvels of the 21st century. While it is obvious one cannot reinvent the wheel, you could say that what Ressence have done is reinterpret the way it rotates. It is ingenious but what makes the Type 1² even more desirable is its newly formed case structure and most importantly, its ease of use. 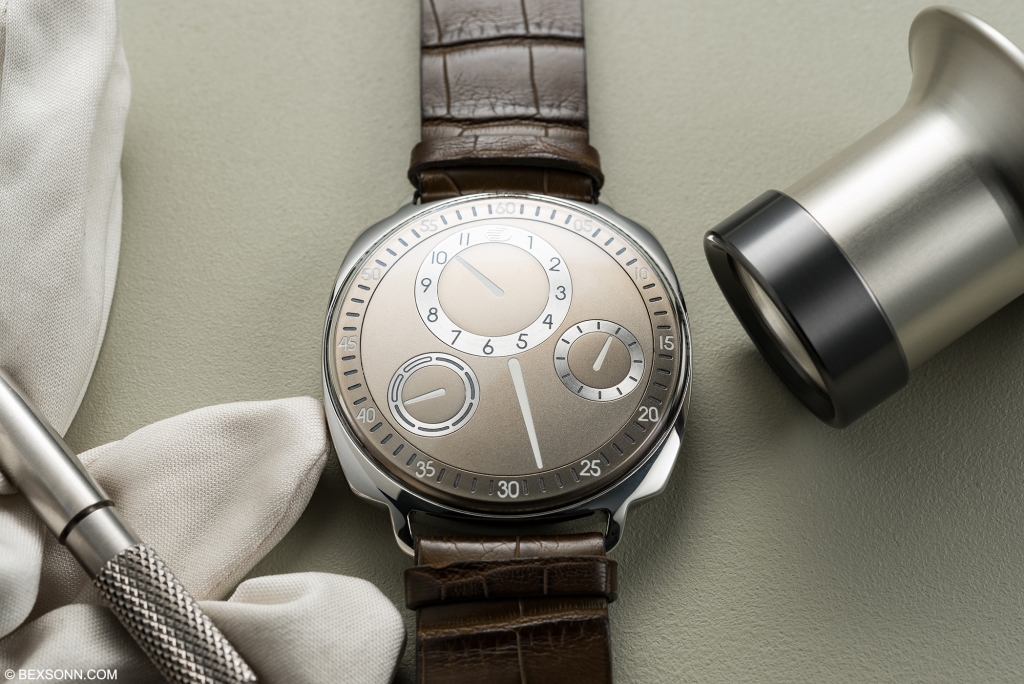 In common fashion, you will of course notice that it doesn’t resemble the traditional dial layout you are perhaps more accustomed to seeing, yet it is still just as intuitive, functional and without doubt more playful and arguably more organic than one would’ve thought. The Type 1² makes use of a display system we’ve seen before in the Type 3 and Type 5 but you may notice in comparison it is a little sparser. Based on the dial layout of the Type 1, which displays hours, minutes and seconds, as well as a weekday display, what is most certainly welcomed is the variation of dial colours. Up till now we had only seen images of the Silver, Ruthenium, Night Blue and Champagne but when we were handed this Type 1² CH, for the first time we instantly noticed that the dial was less of a Champagne colour and had more of an Olive hue. 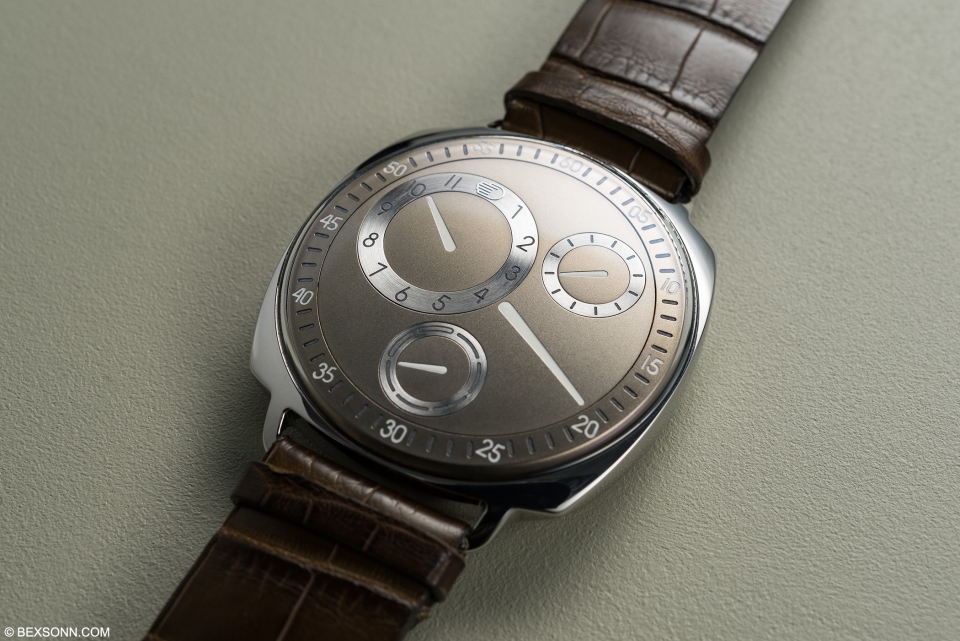 Like that of the Type 1, the Type 1² makes use of Ressence signature “Beyond Hands” innovative dial display system. The single surface dial that sits beneath anti-reflective domed sapphire crystal, is constructed out of German silver, with 3 biaxial eccentric satellites – which are rotated by the ROCS 1 mechanism (Ressence Orbital Convex System). That said, what you will notice is the minute disc is of course the largest but this was no coincidence. Ressence chose to focus on the minute disc, mostly because this is the information you look for first when checking the time but above all because of legibility. 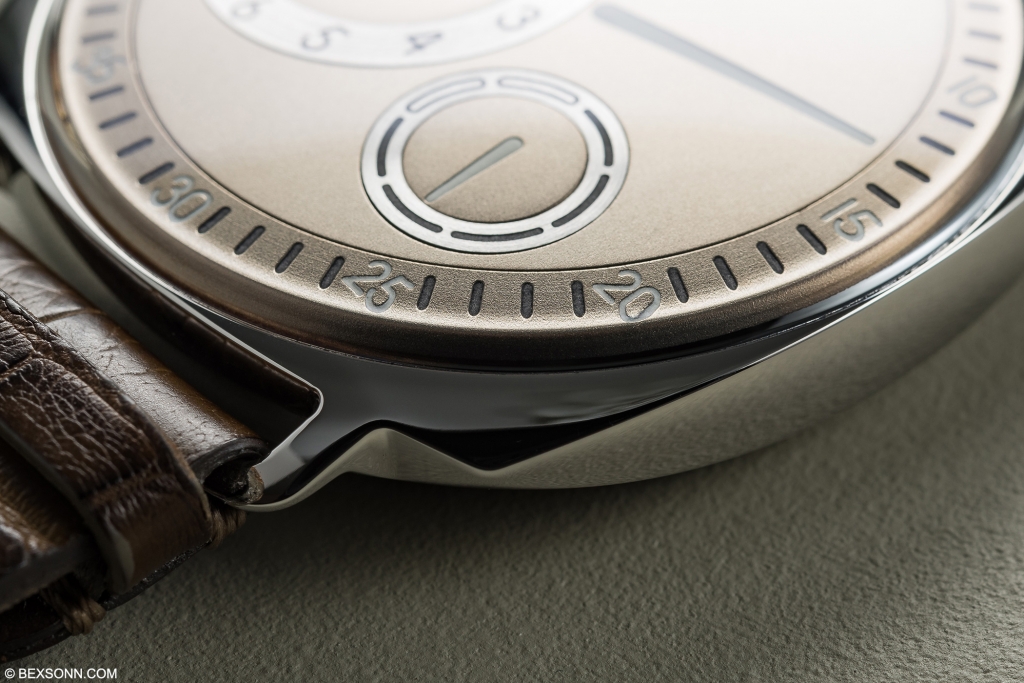 I think it almost goes without saying, the most interesting, eye catching aspect of the new Type 1² must be its 41mm case. It doesn’t stray too far from the other Type models in the collection, however, it is distinctive and makes use of a material Ressence haven’t used before: stainless steel. The cushion shaped case, I am told, has been formed from the intersection of 6 spheres, which gives it a much-welcomed, understated look. But not only this, the new Ressence Type 1² with its polished steel cushion-shaped case starts to dabble in the classic watch space, if ever so slightly and can genuinely play the role of a dress watch. Backing up this notion is a mixture of exclusive straps, which caters to both men and women. 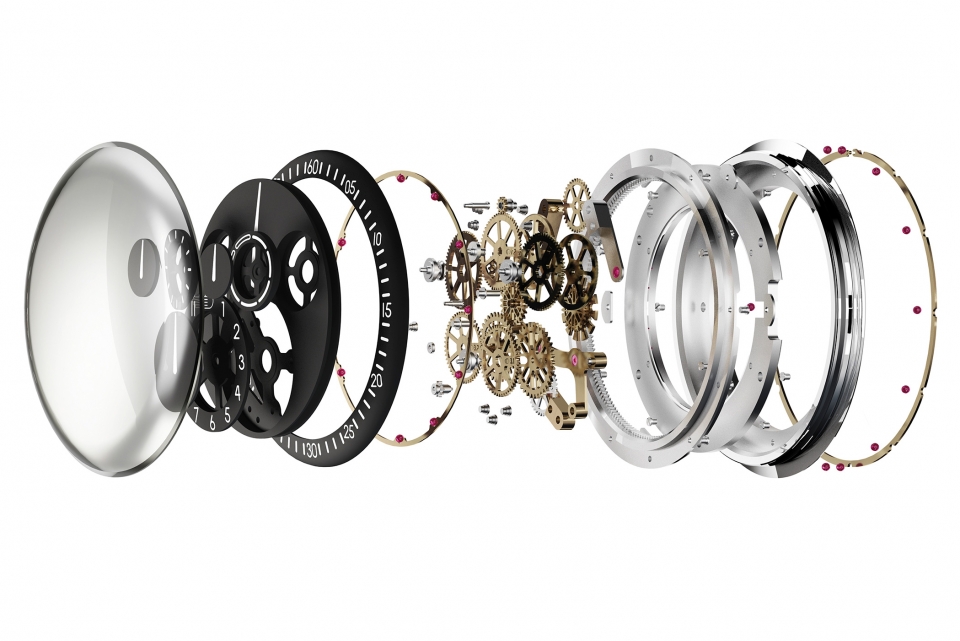 Unlike the Type 3 and 5 where the movement is suspended in oil and connected to the dial and satellites via magnets – which I only recently discovered the movement for these pieces are completely assembled in oil. I digress. The Type 1² is physically driven by the ROCS 1 module that has been updated with a quick-set say function and is directly connected to the minute axel of the base movement. In this case, it is the heavily modified ETA 2824-2 ébauche, with some 107 extra components added atop of the base movement – making it practically unrecognisable. 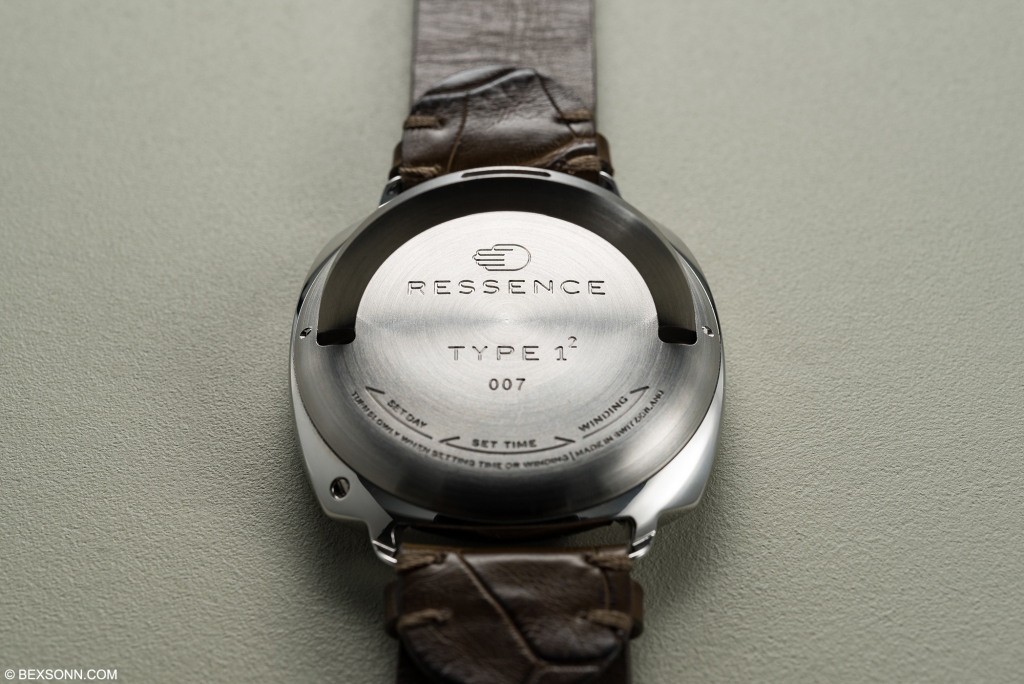 The Type 1² is to date the thinnest timepiece Ressence has made, measuring 11.5 mm but just how has this been made possible, considering it is using the same movement as the original Type 1? To be honest, it’s quite simple really. For this model, Ressence has done away with the simple and arguably ornate time setting mechanism, which in my opinion, could be a bit of a challenge to use at times. Instead, they have deployed an easy-to-use, machined, steel lever system that not only allows for a thinner case overall but looks beautiful too. To me, this is a much-welcomed inclusion. 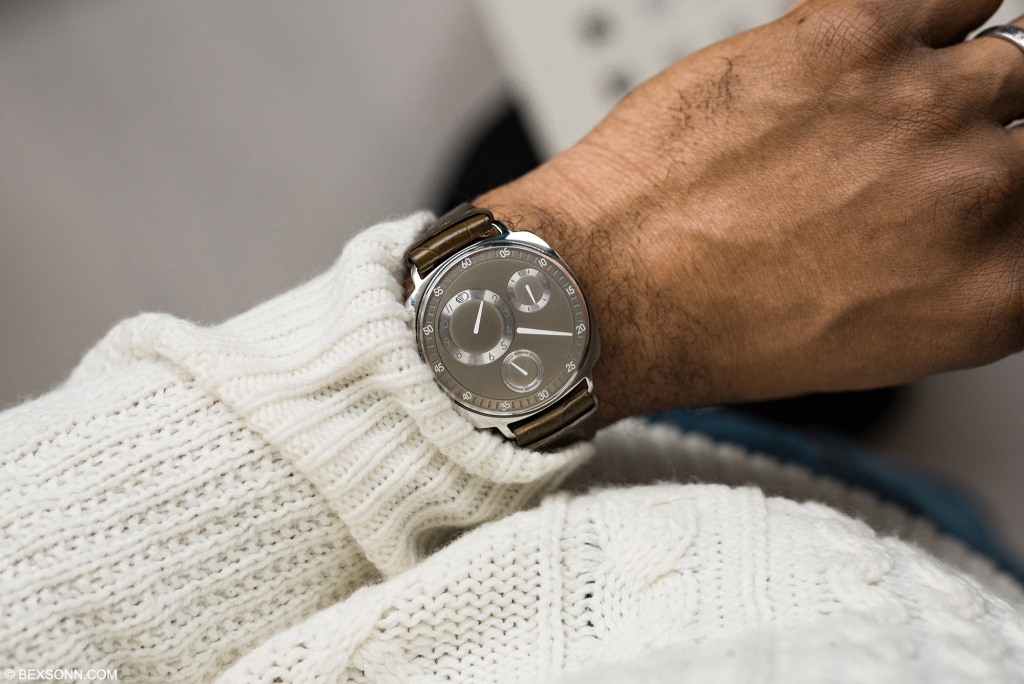 On the wrist, it is an absolute pleasure to wear. Despite is 41mm case diameter, it never feels intrusive or obstructive in one’s daily activities. Wearing a Ressence, was a new experience for me altogether but even with the Type 1² being more understated timepiece from their range, it still aroused intrigue from onlookers.

I often hear collectors bemoan the lack of innovation but I think the Ressence is just that. As I’ve already mentioned, Ressence timepieces all display the time, and some of them a bit more than just that, but what sets them apart is the way they’ve chosen to display it to you. The Ressence Type 1² is formed out of beautifully sculpted pieces of steel and German silver, that affords not only an industrious appearance but also plays on the few classic watch notes, that make it even more appealing. 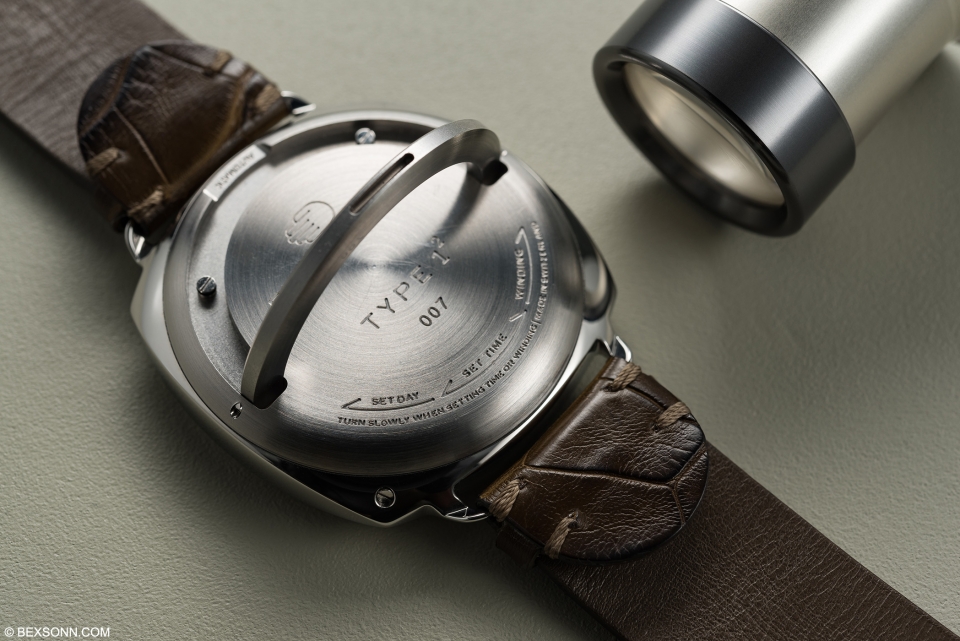 The new Type 1², is by no means cheap and neither should it be when considering the time spent in producing such pieces and the fact Ressence make no more than 300 timepieces a year. The Type 1², is distinct and has a well-machined look and sense about it but yet, still has a softer, organic side, which is rather ingenious. Ressence timepieces are unconventional and for this, I can only applaud what they do.

The Ressence Type 1² is available in 4 dial versions: Silver, Ruthenium, Night Blue and Champagne and it is priced at €17,500. For more information on the new Type 1², visit the official Ressence website. 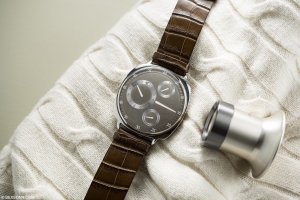 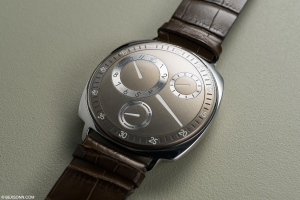 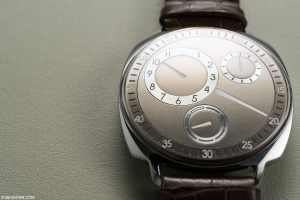 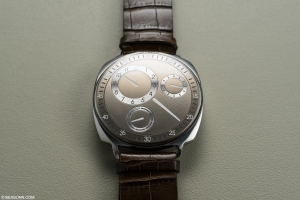 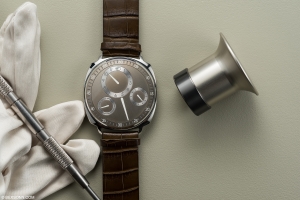 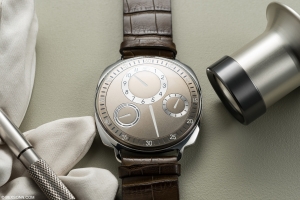 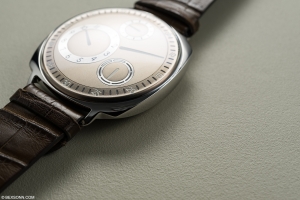 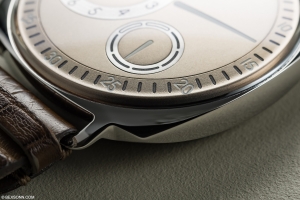 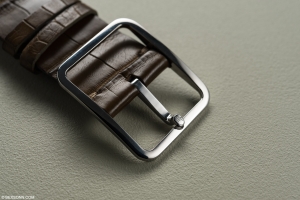 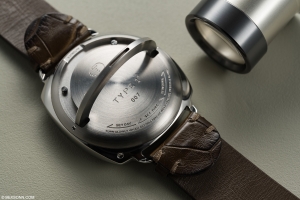 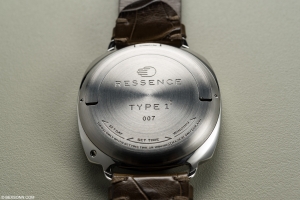 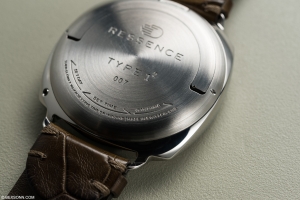 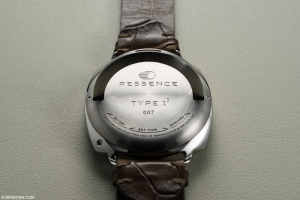 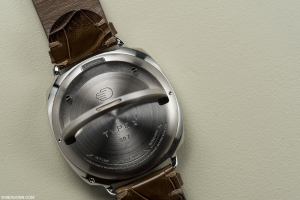 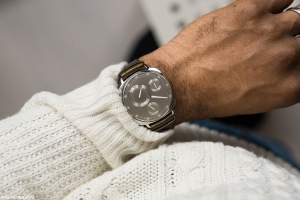