Hands-On With the Omega De Ville Trésor Master-Co-Axial, One of the Coolest Watches we saw at BaselWorld 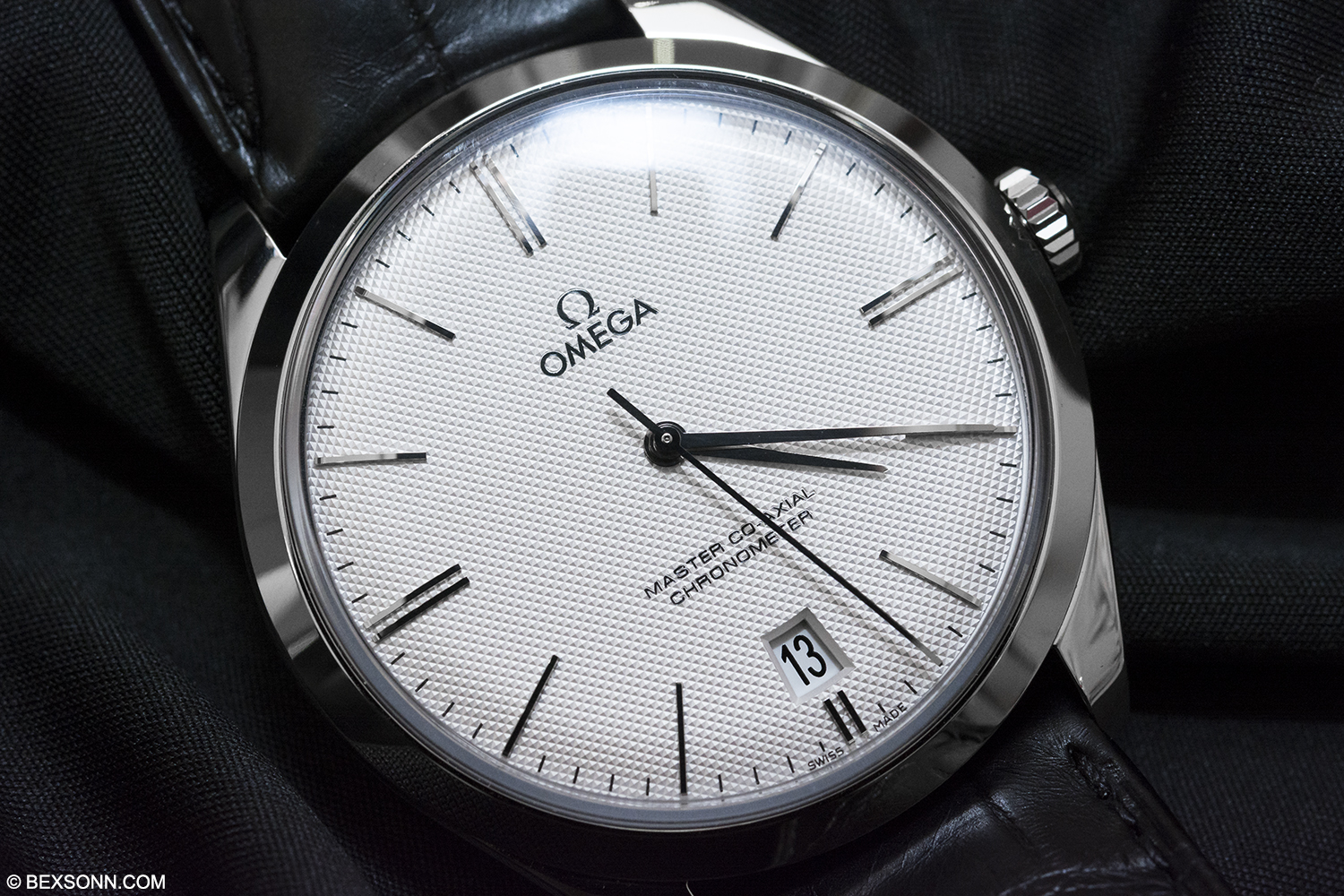 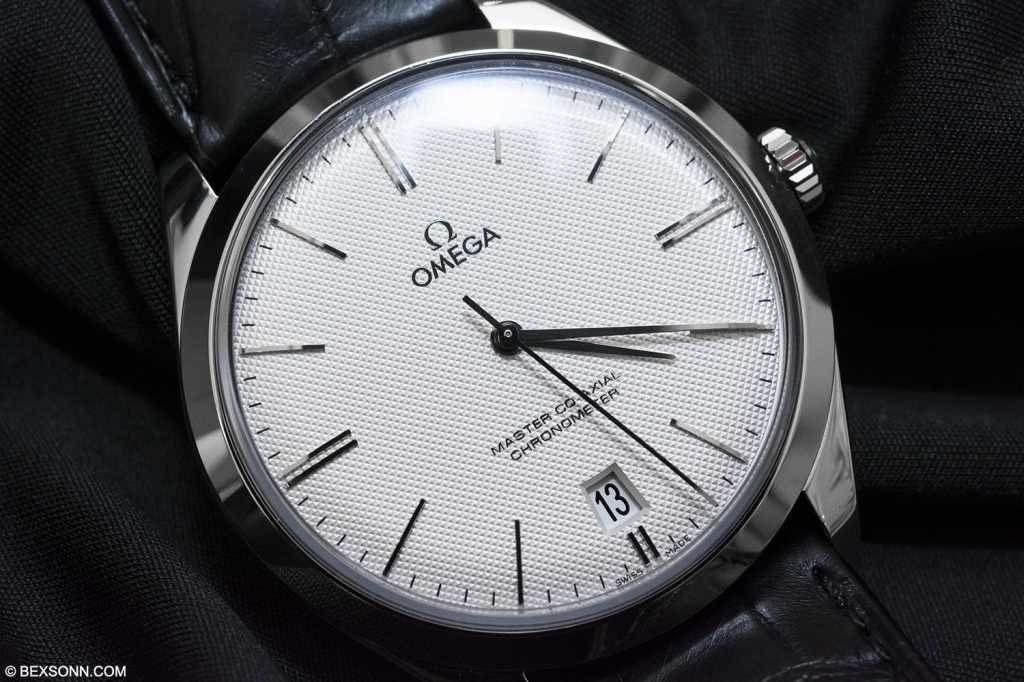 De Ville Trésor Master-Co-Axial:  One of this year’s little gems at Baselworld was the Omega De Ville Trésor.  While many would’ve been salivating at the newly released Seamaster 300 Master Co-Axial (me included), we just couldn’t get over how simple yet elegant the Trésor was and while we sing its praises we can’t help but feel this timepiece will be glossed over by many. Characterised by its thin and classic gold case, the Trésor line was first introduced by Omega in 1949. Some 50 plus years later, the De Ville Trésor has been re-introduced, equipped with one of the most advanced Co-Axial movements conceived thus far by Omega. 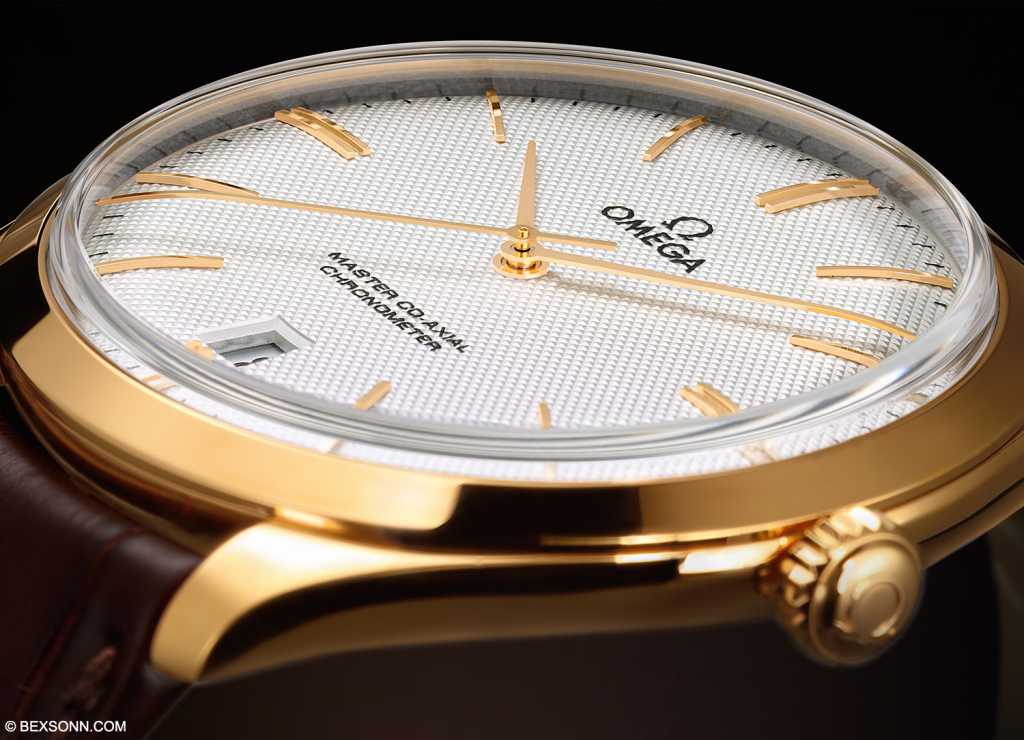 The Omega Trésor features a slim and elegant polished 40mm case, making it an ideal dress watch. It is incredibly thin and features the most stunning opaline domed dial, which sits beneath a box-form scratch-resistant sapphire crystal, that has been decorated with a vintage ‘Clous de Paris’ pattern. To echo the dial, the hour and seconds hands are also domed giving it that extra vintage glow. However, making its presence known is the calibre inside this Trésor – which is why you’ll see the inscription of “MASTER CO-AXIAL CHRONOMETER” proudly placed on the dial. 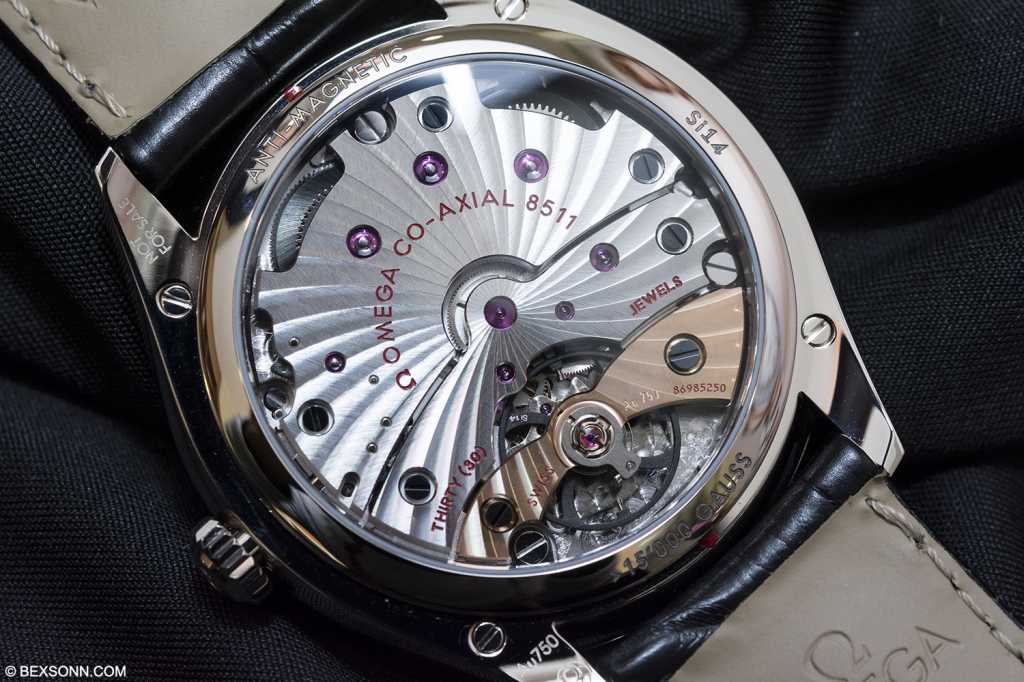 Now, you’d be forgiven for thinking that because it is a Master Co-Axial that when you flip it over and  peer into the domed sapphire crystal case back, that you’ll see a rotating weight..? In fact this is quite the opposite. Powering this refined timepiece is Omega’s new Master Co-Axial calibre 8511, which is a new variation of the 8500, minus the rotor.

What this means is that for the first time we have a manually wound Co-Axial movement but not only that! It also features an easy time zone function, an 18K red-gold balance bridge, an Si14 silicon balance spring, a three-level Co-Axial escapement and if that wasn’t enough it also features Omega’s exclusive anti-magnetic technology. This officially certified chronometer is made to withstand magnetic fields greater than 15,000 gauss, which is in keeping with Omega’s new line of Co-Axial calibres that will all be made anti-magnetic. 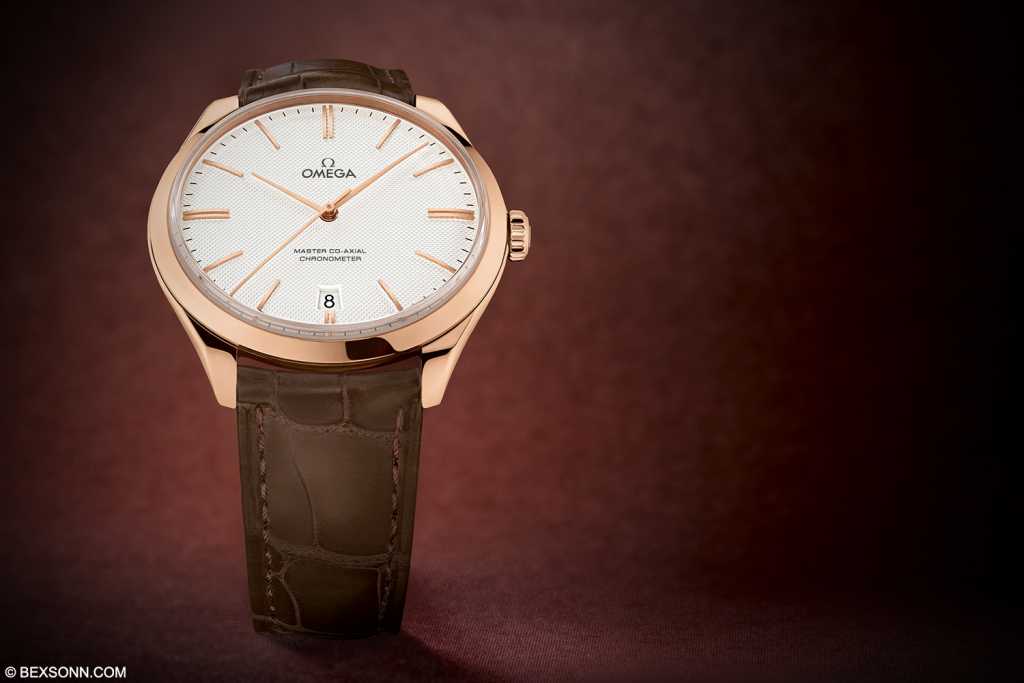 The Trésor is water-resistant to a depth of 30 meters and is offered with a full four-year warranty and as you can see from the image below because there is no rotor all of the above mentioned can be seen, while also admiring the beautiful finish of the movement. When fully wound, the movement will provide 60 hours of power reserve.

The De Ville Trésor for me is a definite winner from Omega, it has all the hallmarks of an elegant vintage dress watch but with the added bonus of todays technological advances from Omega. Yet, it still has that nostalgic manually wound movement inside which pushes it into the realms of yesteryear. I think a good question will be, can this manually wound Co-Axial movement be adapted into a new manual-wound chronograph movement – perhaps? Only time will tell… 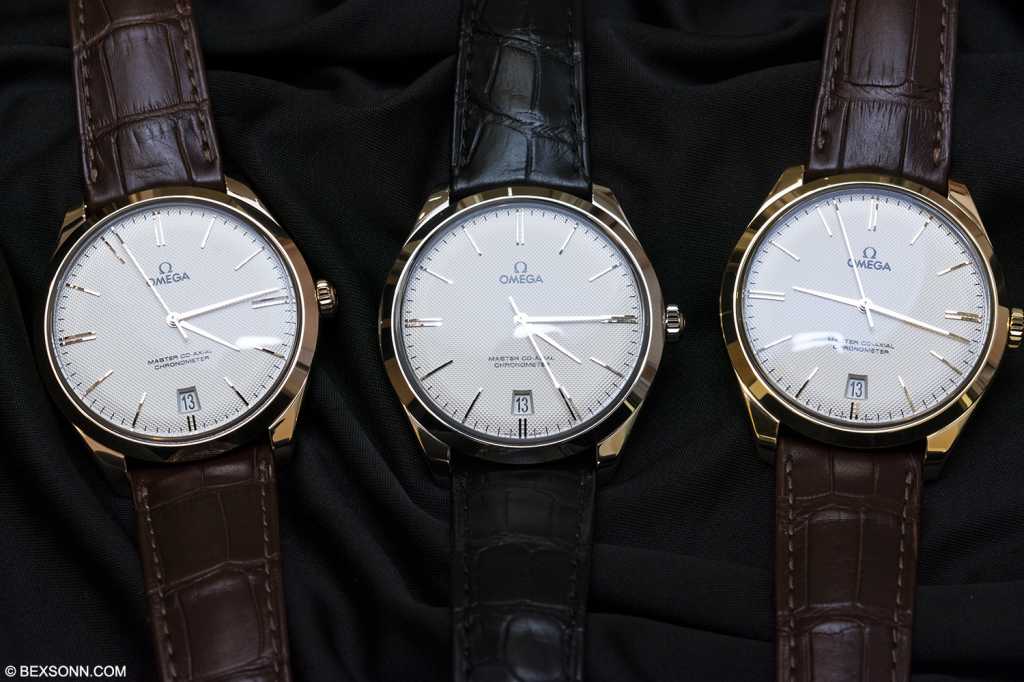 The Omega De Ville Trésor will hits store early 2015 and will be available in three different metals. Yellow and Red-Gold priced at £8,730 (incl. VAT) and the White Gold version will be priced at £9,490 (Incl. VAT). In the mean time for more information on the De Ville Trésor, visit the official Omega website.