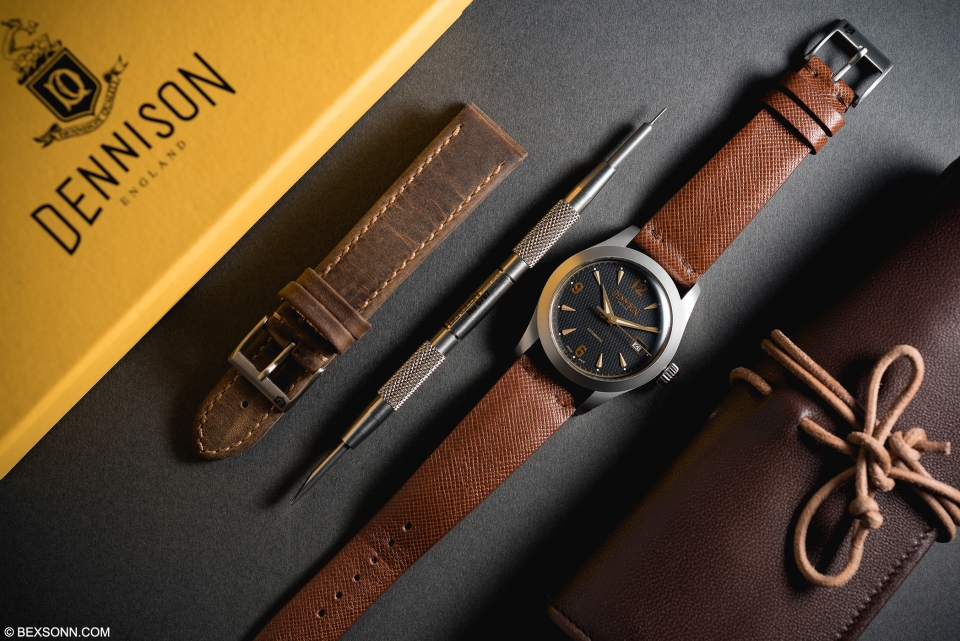 Very few watch companies can boast such a rich and interesting history; yet you would not believe that the watch company in question has only released their first watches within the past two years. The Dennison Watch Co. can do just that and then some. If you are a collector of vintage timepieces there is a chance you would have come across Dennison, not as a watch as such, but in the guise of a watch case. 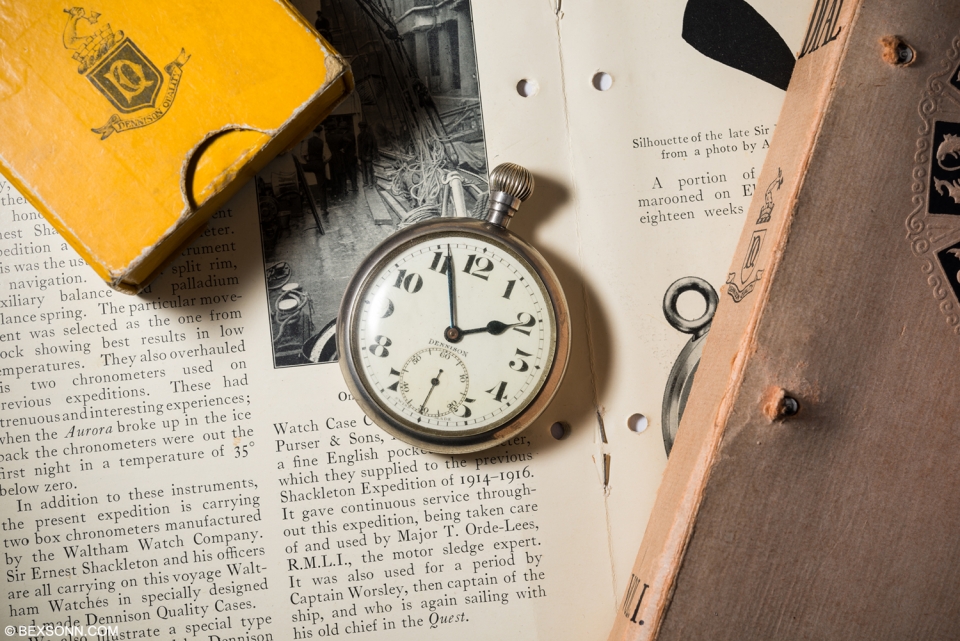 Dennison Watch Case & Co. was one of the most predominate watch case manufacturers of the early 1900’s. They provided watch cases to brands such as Rolex, Tudor, Omega, Longines, IWC, J.W. Benson, Garrard and Smiths. The original company was founded by American born Aaron Lufkin Dennison. His career had seen him work in his native America for  the Waltham Watch Company, which at the time was the country’s largest watch manufacturer. After which A.L.D. moved to Switzerland where he headed up manufacturing for Tremont Watch Company and helped with the formation of the International Watch Company.

It was in 1871 that A.L.D. made his move to the United Kingdom, and via a stint in London, he set up in Birmingham. The company Dennison, Wigley & Co. was formed, which specialised in quality watch cases. However, in 1894, A.L.D. died but left his company to his son Franklin Dennison. Shortly after this tragedy, Franklin managed to secure all of the companies’ shares; and together with his son, they established Dennison Watch Case Co. 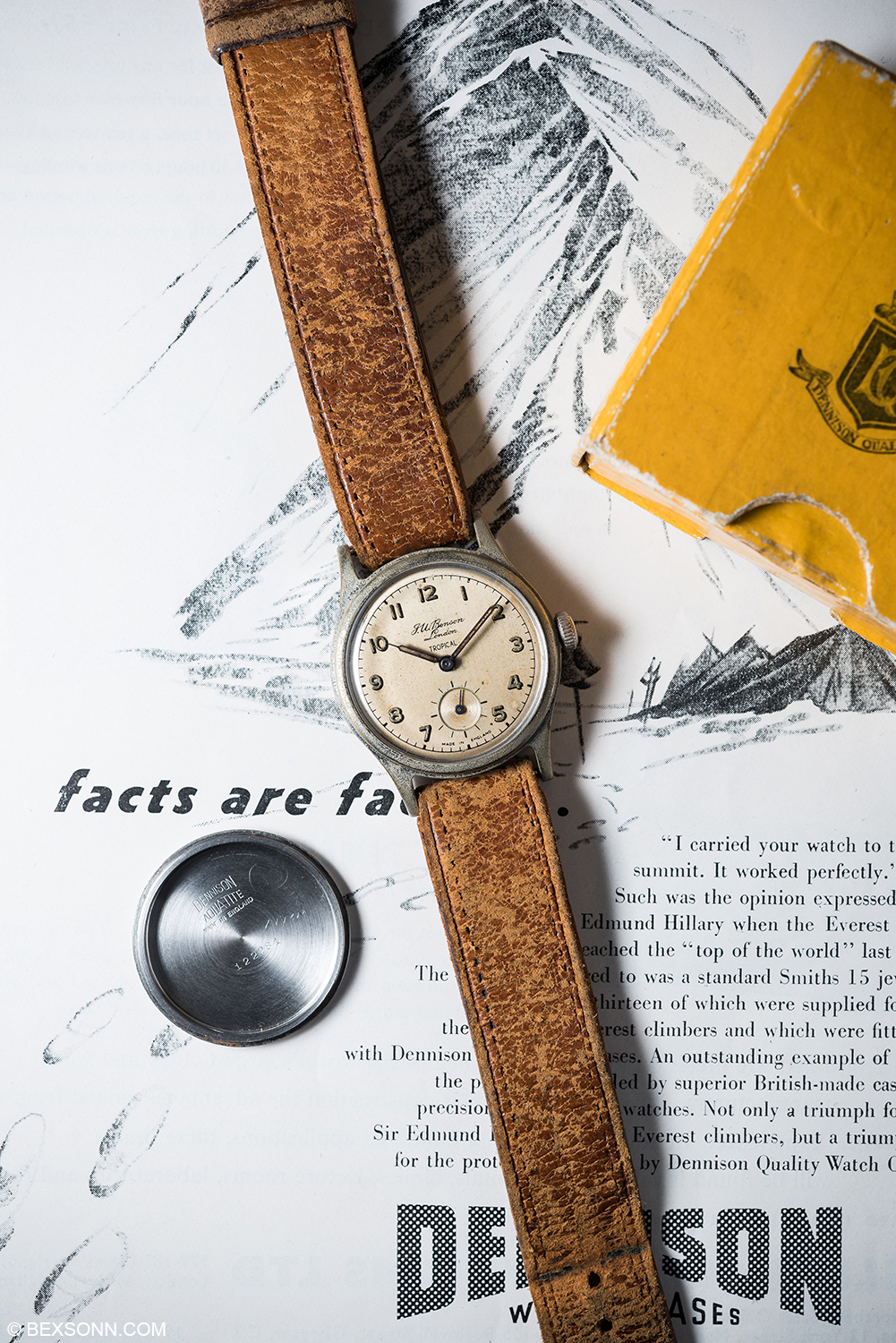 Dennison Watch Case Co. grew to become the largest and highly regarded watch case manufacturer in England. Some of the most notable Dennison watch case achievements include manufacturing watch cases for Sir Ernest Shackleton’s Antarctica expedition in 1913 and Sir Edmund Hilary’s 1953 climb to the summit of Mount Everest. Plus, in 1953 the World Air Speed record of 1184km/h was set by Lieut. Commander Lithgow whilst wearing a Dennsion cased watch. A full synopsis of the history of Dennison Watch Case & co. can be found on their website here. 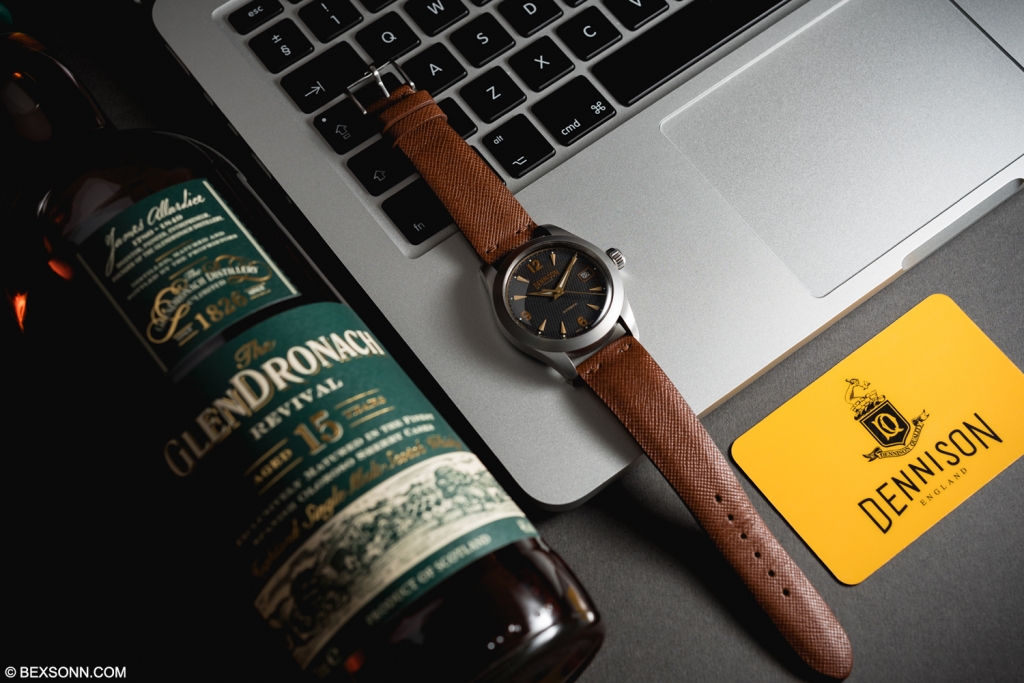 Now, fast forward to 2015, the revival of the Dennison Watch Co. started with a series of three watches.  The DENCO53 which comes with either a silver or black honeycomb dial or the DENCO53E which has the same black dial but features silver accents and the case is polished stainless steel. Immediately you notice the tributes to the former Swiss marques that used Dennison cases in the past. To say that the DENCO53 looked similar to Rolex explorers of the 1950’s would be an understatement. However, Dennison are very proud of their heritage and do not hide the fact that style points have taken queues from other watches. 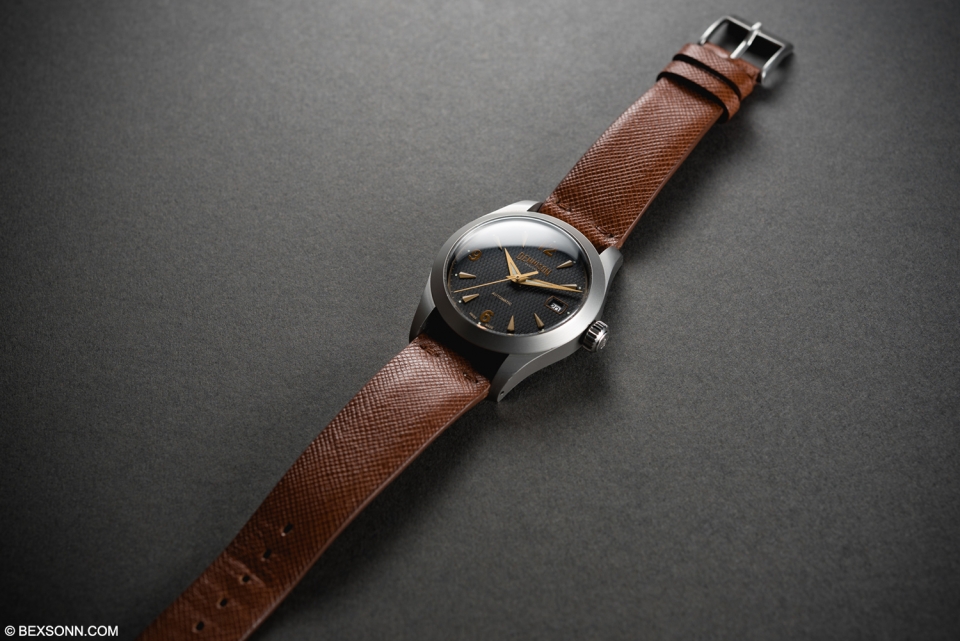 For the past few weeks I had the opportunity to wear the DENCO53, with a black dial. Now as you’d guess the case is made in England in stainless steel, inspired by the original Dennison Aquatite case with screw back and screw down crown. There is a satin finish to both the silver and black, but the DENCO53E comes polished. The case is 38mm which I think will appeal to both modern and vintage watch collectors. 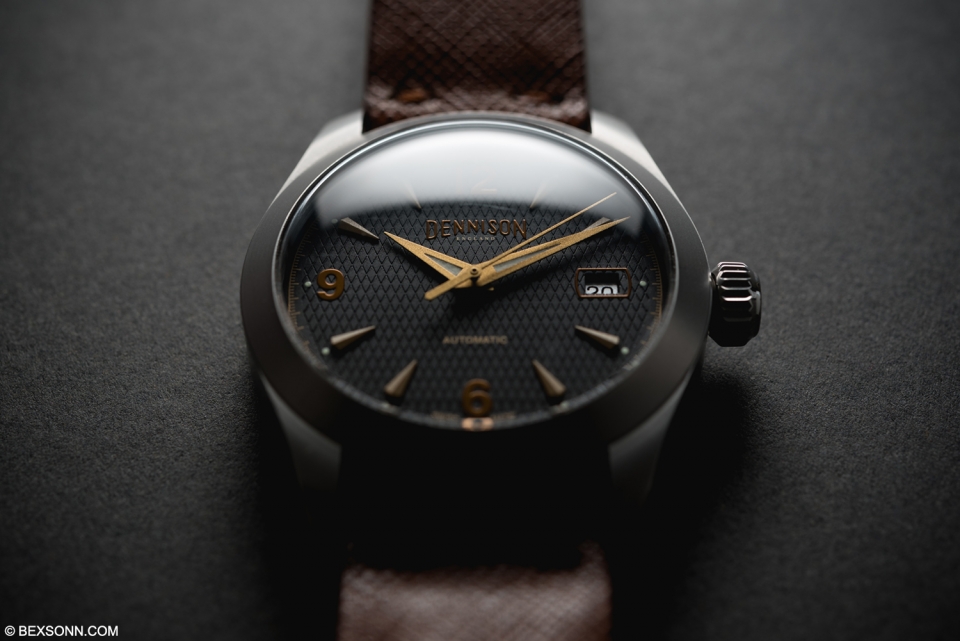 The Swiss made honeycomb dial with Arabic numerals at 6, 9 & 12 and a date window at 3, plus the use of Dauphine hands with Super-Luminova, all graciously nod to Rolex explorers of old. The movement in the DENCO53 range is the ETA 2824-2 automatic 25 jewels with quick set date and hacking seconds. This movement can be found in other watches such as TAG Heuer’s Carrera Calibre 5 and the Tudor Black Bay range (before they went in-house).

The watch comes packaged in a Dennison branded yellow box that is reminiscent of the old packaging. Inside, there is an elegant leather watch roll, the watch itself, as a nice touch, comes with an alternate leather strap and changing tool. 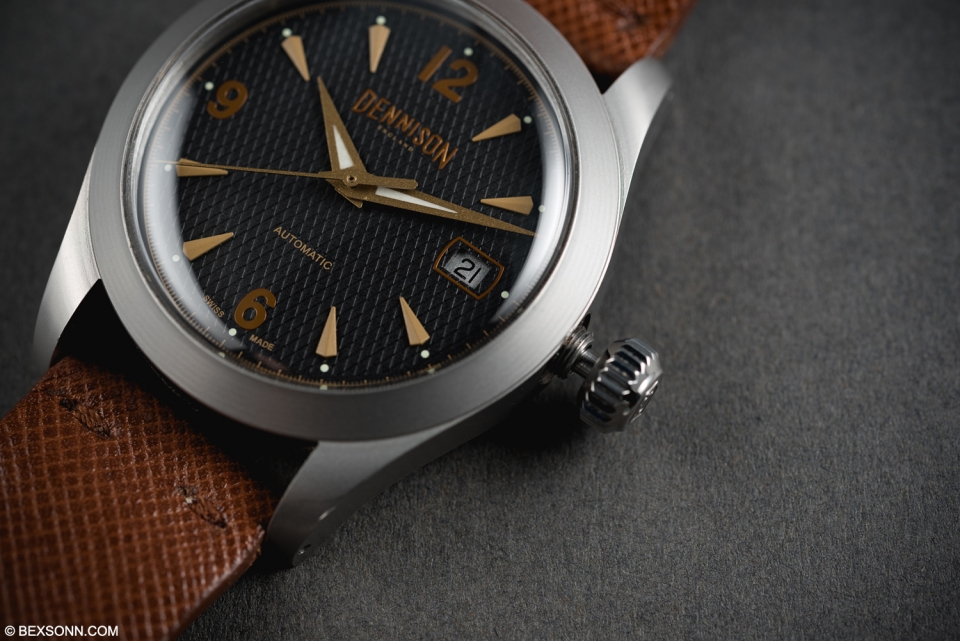 The general style of this watch will leave watch enthusiasts intrigued, but at the same time it sits quietly understated when amongst lay people. Overall the DENCO53 makes for a great watch for the everyday. I found it sat comfortably when wearing a suit and tie, as it did when in jeans and a t-shirt.

Much to the surprise of my friends who I sometimes bore with watch history and factoids, the DENCO53’s illustrious history extends beyond watch enthusiasts and allows everyone to gain an appreciation of these timepieces and Dennison’s contribution to the watch-making industry. 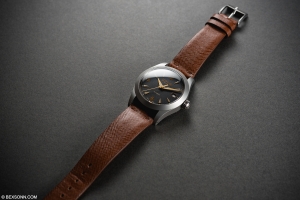 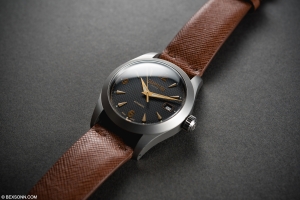 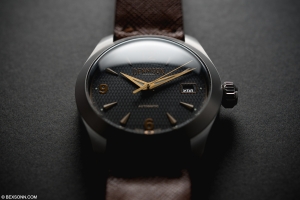 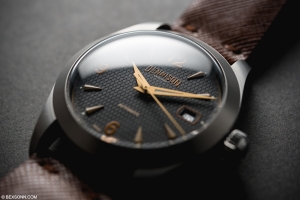 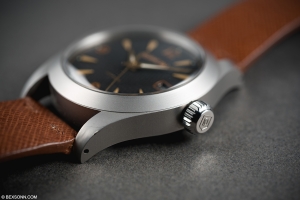 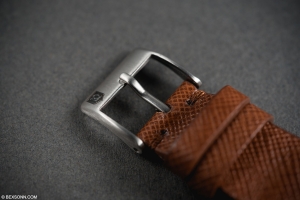 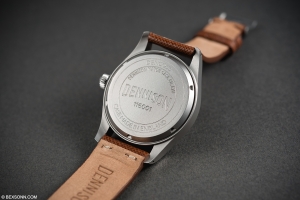 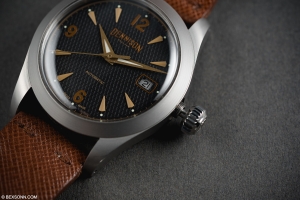 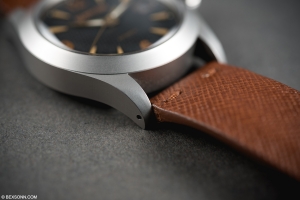 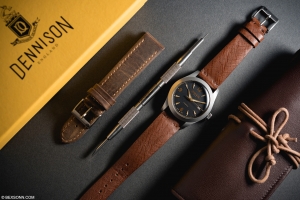 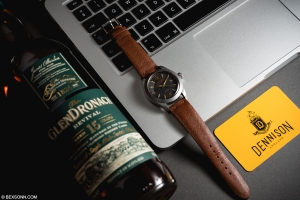