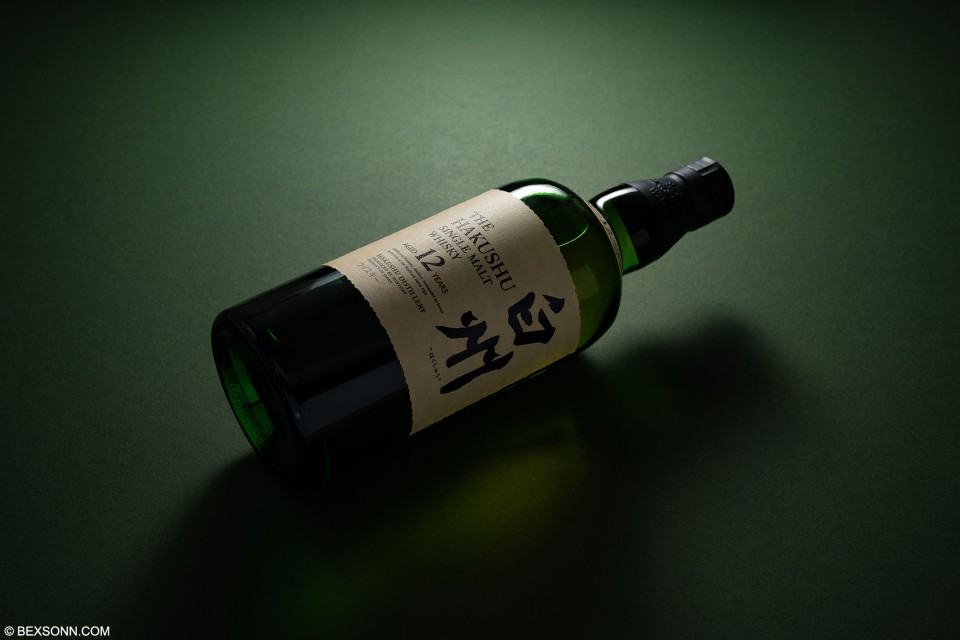 Hailing from Suntory’s Hakushu Distillery (pronounced ‘hack-shoo’, which in means ‘white sand bar’) that stands 2,300 feet above sea level – more than twice the altitude of Scotland’s highest distillery – in the shadow of the pale granite pyramid of Mount Kaikomagateke (9,744 feet), in the Japanese Alps. Hakushu was once the largest distillery in the world, with two huge still-houses producing a vast array of different makes for the Suntory blenders. These days, only one of the still-houses is operational but the ethos of variety remains the same. Hakushu is known for being a “green and fresh” whisky, praised by the most curious whisky connoisseurs and lovers of gastronomy. This particular single malt is produced with a combination of: new and refill American oak barrels and new Japanese oak casks – these combine to make a delightful fresh single malt, packed with intriguing flavours. That said, this isn’t the first time we’ve posted tasting notes on the 12yo expression, however, it was such a long time ago and admittedly our nose and palates has somewhat become more refined, so we thought we’d revisit our favourite Hakushu expression.

On the nose: you’ll get a lovely waft of candyfloss, peaches and pears, accompanied by whisper of rich dark smoke. These initial notes are followed by notes of toasted rice, vanilla, honey; alongside some subtle spices, cinnamon, cardamom and aniseed. More notes start to emerge in the form of a welcomed meaty note, as well as oatmeal, a waxy note, lychees and fudge. Rounding-off the rather complex nose are notes of eucalyptus, a hint of salted caramel, lime zest and a touch of lavender. On the palate: you’ll be able to taste those salted caramel notes, followed by vanilla, marzipan, toasted rice and smoke. These notes are followed by turmeric, ginger, lime zest, all spice and some cinnamon. There is a lovely suggest of peaches that emerge, alongside lychees, elderflower and poached pears. The finish: is long, sweet, peppery and spicy with lingering smoke and nuttiness.

The verdict: It’s no secret that out of Suntory’s expressions, Yamazaki is by far the favourite and it is rather hot property right now – though that wasn’t always the case. That said, I’ve never been one to follow the crowd and for me, I think Hakushu is far more delicate and sophisticated dram than Yamazaki. This particular 12-year-old expression from the Hakushu distillery embodies these qualities and as complex as it is, it is also rather refreshing. Bottled at 43% ABV, in my opinion, I don’t believe there is any need to add water, however, do so if required. Also leaving it to breathe for up to 10 minutes, also yields more depth in flavour.

Suntory Hakushu 12 Year Old Japanese Single Malt Whisky can be found online or in-store at any well-stocked whisky shop for approximately £250, which is considerably quite a bit more from when we first posted tasting notes on it (£80). For more information on this 12 year-old Hakushu expression, visit the official Suntory website.