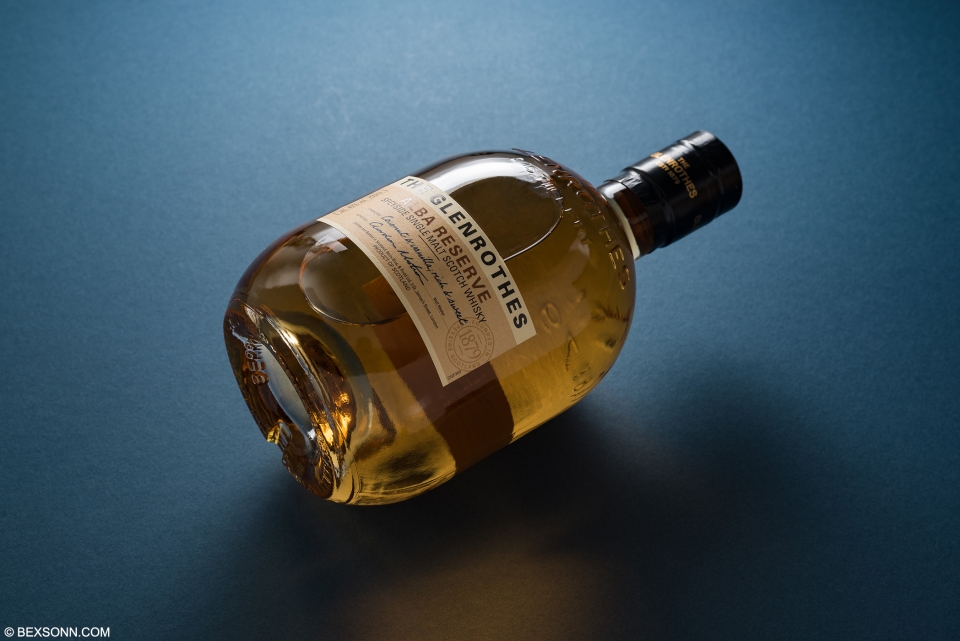 We’ve posted some tasting notes before on Glenrothes but we’ve got a something of a soft spot for this particular expression. Owned by wine and spirits merchant established in 1698, Berry Bros & Rudd Ltd, the Speyside distillery (Glenrothes) was founded in 1879 and is a pioneer in Scotch Whisky. All of their single malt is vintage malt. And when they say vintage, they mean whisky distilled and put into a cask in a single year. When judged to be at its peak of maturity, character and flavour, the master blenders carefully marry selected vintages together as Reserves, or bottle them individually as Single Vintages. However, Glenrothes Alba Reserve is something of a departure for the distillery – where normally a large proportion of European sherry oak is used in their assemblages, this expression is comprised entirely of ex-bourbon American Oak. The ‘Alba’ in the name refers to American Oak’s Latin name of Quercus Alba as well as being the old Gaelic name for Scotland. This has been certified kosher by Rabbi Padwa of the London Beth Din.

On the nose: there are rich, intense, notes of pineapples, strawberries, raspberries and coconut, which are followed by white chocolate, banana, butterscotch and vanilla. There are suggestions of shortbread, and lemon cheesecake floating around in there, alongside some subtle spices, star anise and cinnamon. Rounding-off the nose are notes of toffee, rosemary and zest. On the palate: you’ll experience those sweet notes of toffee, coconuts, bananas and butterscotch. Followed by subtle hints of spices, in the form of star anise and cinnamon. Completing the palate are notes of vanilla, white chocolate, a hint of orange zest, green herbs and a hint of salt. The finish: is medium, sweet, with lingering subtle spices, banana and a slight fungal note.

The verdict: The Glenrothes Alba Reserve is a special drop and has some beautiful tropical notes that only entice you further to its perfect balance of youth and maturity. The Glenrothes Vintage Reserve has an ABV of 40%. A whisky that, in my opinion, didn’t really require any water due to its low ABV percentage level – though if you do need to then only add a very, very small amount. If you don’t feel the urge to add any water then allow the scotch to breathe for approx. 5 – 10 minutes to open up the nose and palate.

The Glenrothes Alba Reserve (no known as the Bourbon Cask Reserve) Single Malt Scotch is available online and in well-stocked whisky shops, for approximately £42.

For more information on this Alba Reserve, visit the official Glenrothes website.