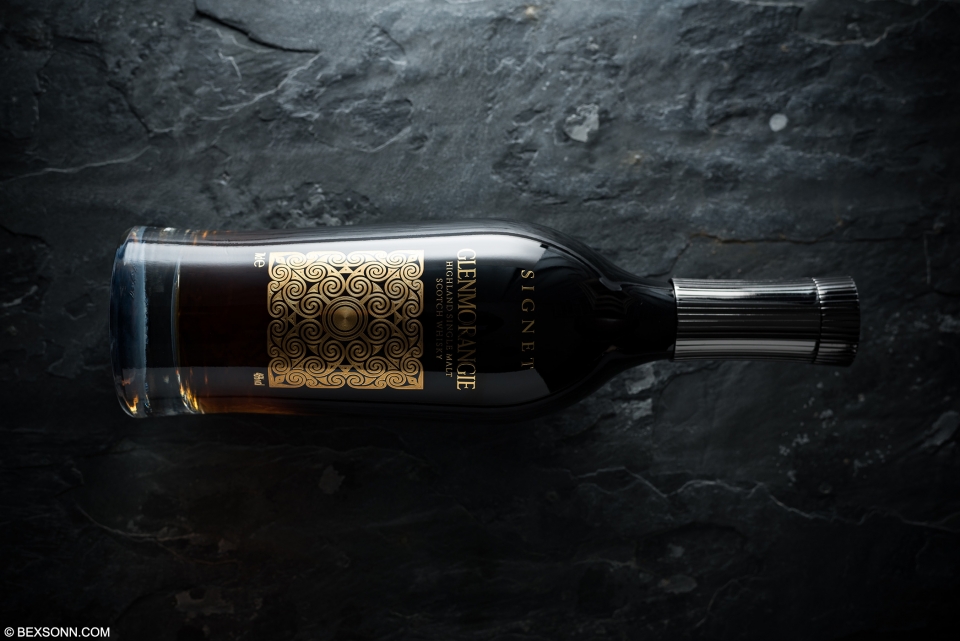 The Signet is a drop of liquid we’ve often tasted but have yet to post tasting notes on – until now. The Signet is a Scotch from the Glenmorangie Prestige Range and admittedly it was interesting to listen to Dr. Bill Lumsden as he explained what he had experimented with to try to extract a different flavour from the barley. The Signet is a fusion of unique and rare elements, which is somewhat clouded in secrecy. Signet is the culmination of a lifetime’s experience. A blend of their oldest whisky – distilled over thirty years ago when malting still occurred on site – and spirit matured in a selection of the world’s finest casks, this undoubtedly is the richest whisky in their range. While the exact secrets of its production are known only to its creator, Dr. Lumsden did explain that Signet’s sweetness and explosive spiciness is, in part, owed to the unique roasted ‘chocolate’ barley malt and the bespoke ‘designer casks’ made for Glenmorangie from American white oak.

On the nose: is a wonderful burst of oranges, mixed fruits, honey-dew and liquorice. This is closely followed by marzipan,, vanilla, a twist of lemon, tobacco and rich dark chocolate. Some spices start to filter through in the form of cinnamon and star anise. This is nicely rounded-off by notes of coffee, leather, rosemary and lavender. On the palate: those lovely oranges are present, followed by tobacco, vanilla, lemon zest and that luscious dark chocolate. These initial notes are followed by roasted coffee, hints of smoke, all spice, cinnamon and marzipan. The palate is completed with notes of a nutty nature, green herbs and maraschino cherries. The finish: long, rich, sweet, with hints of smoke, nuttiness, with lingering roasted coffee beans and lemon zest.

The verdict: I remember when I first tasted Signet and just how taken aback I was at, not only in regards to how different it was from anything they produced but how downright tasty it was too. It is a drop from Glenmorangie that is just pure genius, flavour balancing, which I’m sure is down to Dr. Bill Lumsden’s chocolate roasting technique of the barley. With an ABV of 46%, in my opinion, you don’t really need to add any water. However, if you require water then add in small quantities until it’s right for you but to truly experience the full riches of the notes, then I suggest you leave to breathe for approximately  3 – 5 minutes.