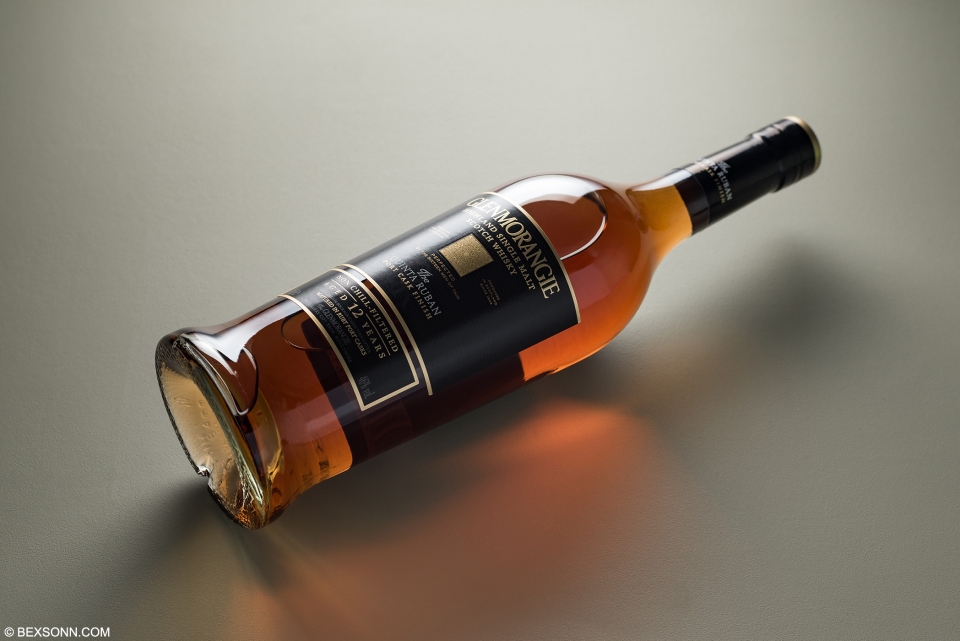 We’ve sampled quite a few drams from Glenmorangie and it’s slowly becoming one of our favourite commercial whisky brands. This expression: Quinta (kin-ta) Ruban, is rather special and it is the second dram that we’ve sampled from their core range. Quinta Ruban has spent 10 years maturing in American white oak casks, before being transferred into specially selected ruby port pipes from the Quintas or wine estates of Portugal. Extra maturation in these port pipes develops Glenmorangie Quinta Ruban into a voluptuous spirit with a complex balance of sweet and dry flavours and an intriguing contrast of smooth and crisp, cooling textures. Non chill-filtered for additional aroma and mouthfeel, which definitely shows.

On the nose: you’ll get an intense waft of cherry drops, port, vanilla and also a touch of sherry. These initial notes are followed by spices, turmeric, walnuts, cinnamon and aniseed. Notes of a floral nature start to emerge, alongside fruity notes of pears, apricots, a hint of mint, lavender and heather. Rounding off the nose are notes of raisins, almonds, a whisper of thyme and demerara sugar. palate: is also replete with notes of port, demerara sugar, vanilla and sherry. Those spicy notes start to emerge, as well as notes of cinnamon and turmeric. The palate has rich notes of dark chocolate and tobacco, which are complimented with notes of madeira, cracked black pepper, anise and those nutty walnuts. The finish: long, sweet but peppery, with lingering spices, oak and an interesting fungal note.

The verdict: I’ve taken a recent fondness to Glenmorangie and I love the fact they don’t focus too much on the age of the whisky but instead that of the casks which hold the whisky. They’re truly pioneers when it comes to cask maturation and how their casks are treated. This Quinta Ruban expression is a great affordable favourite that has well-balanced flavours, as well as depth and a great mouth feel, not to mention it’s rather unusual rose-gold hue. Bottled at an ABV of 46%, this 12-year-old bottling of Glenmorangie can, in my opinion, be enjoyed how you please. However I would add, leaving it to breathe for around 10 minutes or so yields more of those sweeter notes.