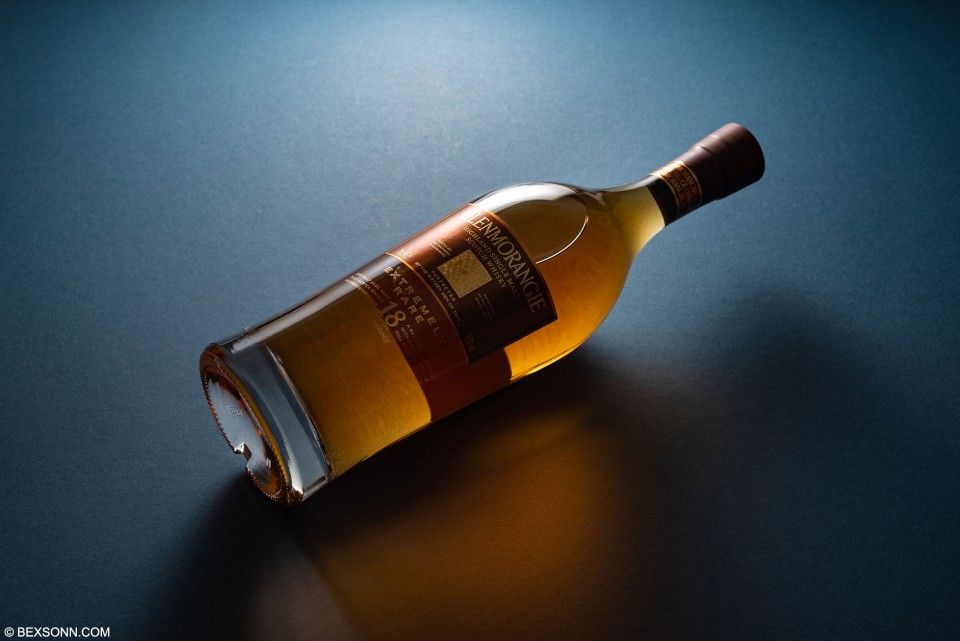 Last week we posted tasting notes on a drop from Glenmorangie, an expression from the Private Edition range. This week we are looking at another Glenmorangie  but this expression hails from their Prestige range, one notch above their core range, a range we’ve posted tasting notes on – such as Quinta Ruban & Nectar D’Or. The 18 years old expression is noted as extremely rare, so it’s a whisky of serious distinction. It first spends fifteen years maturing in American white oak casks approximately 30% is transferred into Spanish Oloroso casks to spend a further three years maturing. Then, when both elements have reached 18 years, Glenmorangie blend them back together to create a whisky with a rich bouquet and full, rounded flavour. The fresh and fruity nature of Glenmorangie has been retained by the malt masters at the distillery, creating an incredible degree of vibrancy where the raisiny sweetness of the sherry has been toned down by the nuttiness of the American oak.

On the nose: there is a beautiful waft of nectar, honey and oranges, as well as notes of banana, coconuts and mango. These initial notes are closely followed by vanilla and aniseed, while notes of all-spice, cinnamon and stem ginger start to emerge, followed by candy-stick. Rounding-off the nose are notes of treacle, thyme, figs, as well as a hint of mint, lemon zest and lavender. On the palate: those lovely oranges and honey are ever-present, accompanied by notes of brown sugar, spices, black pepper and cinnamon. Notes of toffee start to emerge, followed by bitter dark chocolate, aniseed and ginger. Completing the palate are notes of eucalyptus, tropical notes and a welcomed nutty fungal-like note. The finish: long, bittersweet, with lingering spicy, peppery notes.

The verdict:  Glenmorangie is known for being rather sweet and elegant, and this drop typifies this, however, it also brings a lot more depth and spice to the table. A Scotch that has plenty of character with perfectly balanced notes to give you a dram that you’ll only want more of. Bottled at an ABV of 43%, this 18-year-old bottling of Glenmorangie can, in my opinion, be enjoyed how you please. However, if you do need to add any water then only add a very, very small amount and if you don’t feel the urge to add any then allow the scotch to breathe for approx. 5 – 7 minutes to open up the nose a bit.

For more information on this 18-year-old expression visit the official Glenmorangie website.