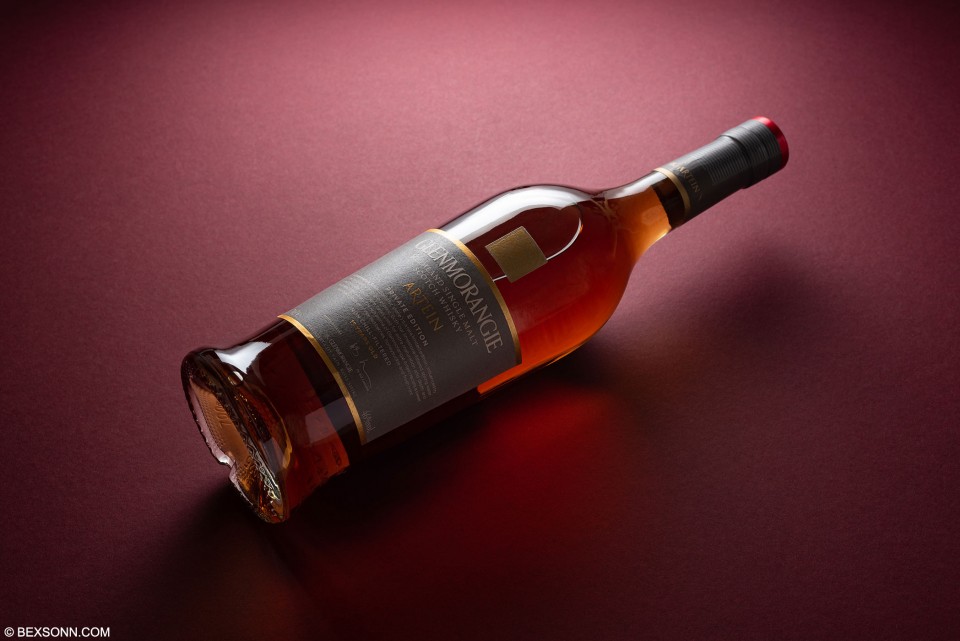 This Private Edition is a bit of a blast from the past. Released in 2012, at the time it was Glenmorangie’s third release for their private edition. As you’ve seen previously, the private edition was created to allow Glenmorangie and more importantly, Dr. Bill Lumsden to experiment with different types of casks and distilling techniques, in their quest to find fresh and intriguing flavours.

Born of Stone. While crafting Glenmorangie Artein Dr. Bill Lumsden, Glenmorangie’s Head of Distilling & Whisky Creation, was intrigued by the influence of stone in the natural ingredients of the whisky, especially considering the material’s special significance to us. This relationship begins with the Hilton of Cadboll Stone, an ancient monument that is the whisky’s inspiration. But of no less importance is the layer upon layer of limestone that filters the Tarlogie Spring water, giving Artein its fruity aromas and layers of complexity.

Fascinated by the role of stone in Glenmorangie’s development, Dr. Bill, resolved to make it into the protagonist of this 2012 private edition release. From his travels in Italy and passion of wine, Dr. Bill knew the story of the origins of the Super Tuscan wines of incredible quality that, like Glemorangie, have been shaped by stone. He decided to experiment with extra maturing Glenmorangie in their casks, and Artein was born.

On the nose: you’ll get an intense waft of marmalade, honey, lemon zest, candy and toffee. These initial notes are followed by almonds, brown sugar, star anise, berries and a beautiful note of butterscotch. After a few swirls more notes in the form of mint, cinnamon, jam roly poly and shortbread biscuits start to emerge. Rounding off the nose are notes of a floral nature and apricots. palate: is also replete with honey, apricots, almonds and those toffee notes, as well as mint. Notes in the  form of vanilla, start anise, cinnamon and black pepper start to emerge. The palate is nicely rounded-off with notes of plums, peaches, lemon zest and a welcomed coffee-like note. The finish: long, sweet and creamy, with lingering spices and oak.

The verdict: This private edition release, is a warmly sweet and enticing dram that is both well-balanced and full of the most beautiful notes that one could ask for – it is literally sunshine in a glass. Bottled at an ABV of 46%, this private edition bottling of Glenmorangie can, in my opinion, be enjoyed how you please. However I would add, leaving it to breathe for around 10 minutes or so yields more of those sweeter notes.

Glenmorangie Artein Private Edition Single Malt Scotch, while not widely available, can be found via whisky auctions for approximately £250 – £400