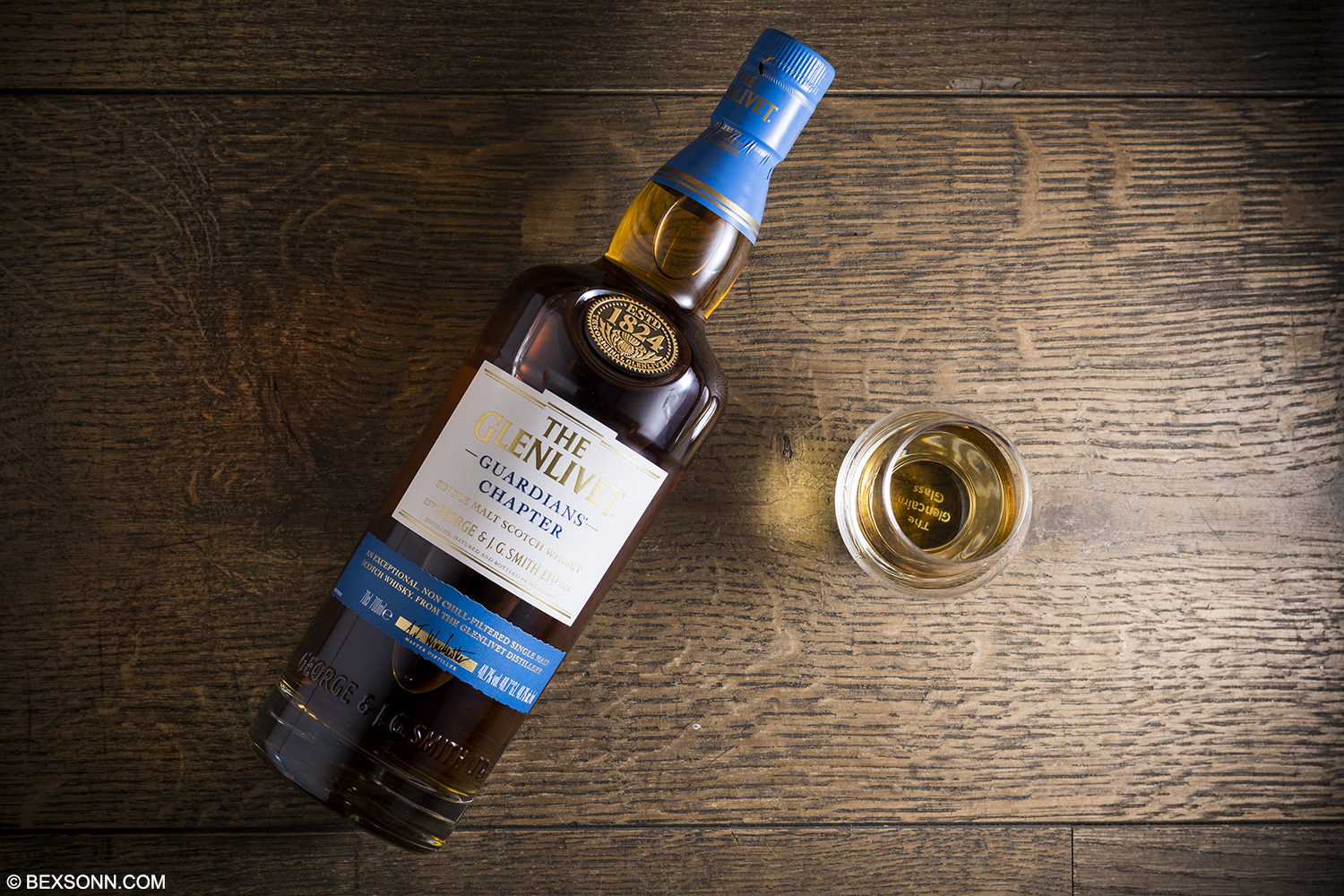 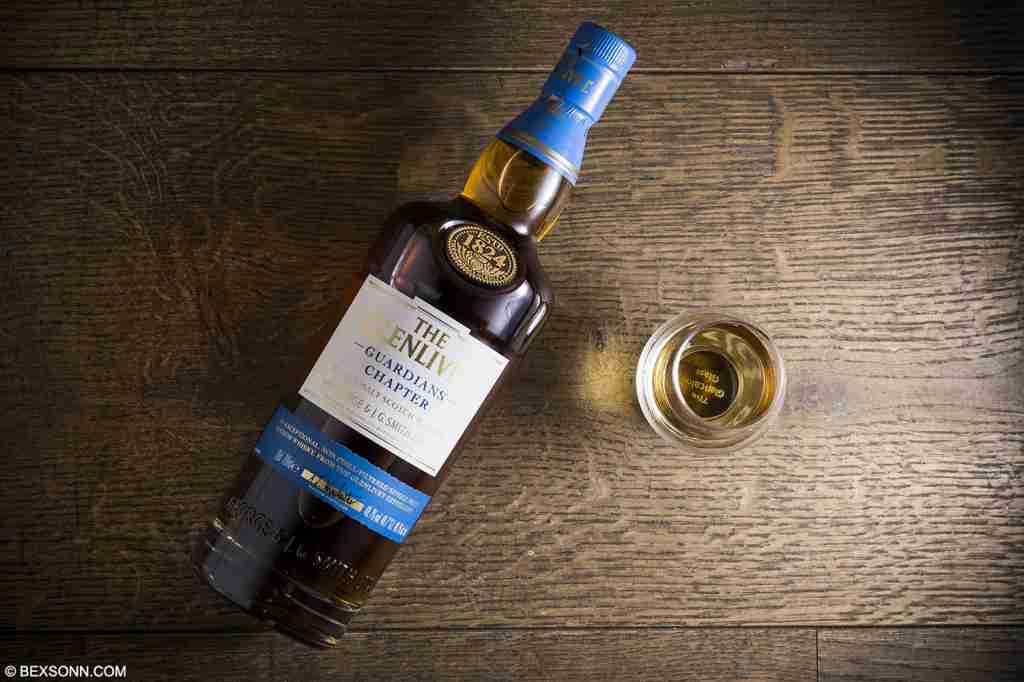 The Glenlivet Guardians Chapter Single Malt Scotch: So it’s been but a minute since we last looked at anything from the The Glenlivet range. Just last week we were invited to a Glenlivet tasting session at our usual spot. The Glenlivet Scotch whisky is very highly regarded around the world today but I feel sometimes they just don’t get the recognition they actually deserve, simply because their whisky is so well priced and I think this sometimes confuses buyers into believing that more, is well, more? The Glenlivet range is something very special and it should be explored if you haven’t already done so. This Guardians’ Chapter is a single malt that has been chosen by fans of The Glenlivet and this particular one is what they call ‘Exotic’; matured in a mixture of Butts, Hogsheads and Barrels with a Sherry Butt influence. On the nose: you’ll be hit with intense notes of dark chocolate, swiftly followed by banana/toffee. Some spicy notes will start to emerge with vanilla, liquorice and flavours of a zesty nature, with a touch of brown sugar, watermelon and some floral notes. On the palate: those initial notes of dark chocolate and banana/toffee are very present. Followed by some subtle aniseed, sherry, bergamot and peppery spices. The finish: is medium to long, that is sweet but has a grainy texture, with lingering smoke and zest.

The verdict: This no age statement Glenlivet is exactly what it set out to be ‘Exotic’. It is sweet and tropical and for me just probably a little too sweet but as an apéritif, it is just perfect. Definitely a whisky that doesn’t really need any water but if you want to unlock the plethora of notes available, then only add a few drops. Just allowing it to breathe for around 5 minutes really did make a difference without adding any water.

For more information on this Guardians Chapter Single Malt Scotch, check out the official Glenlivet website.