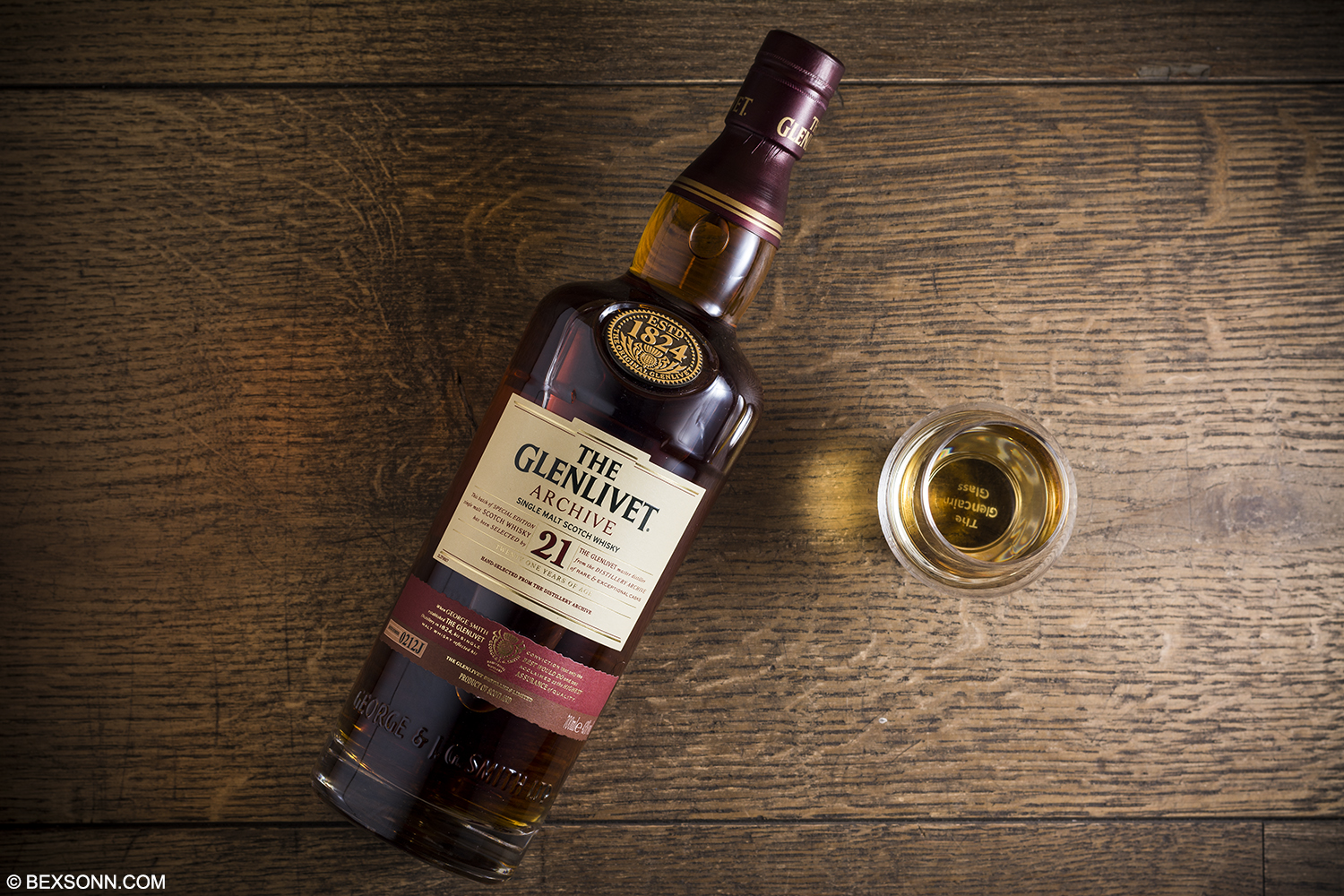 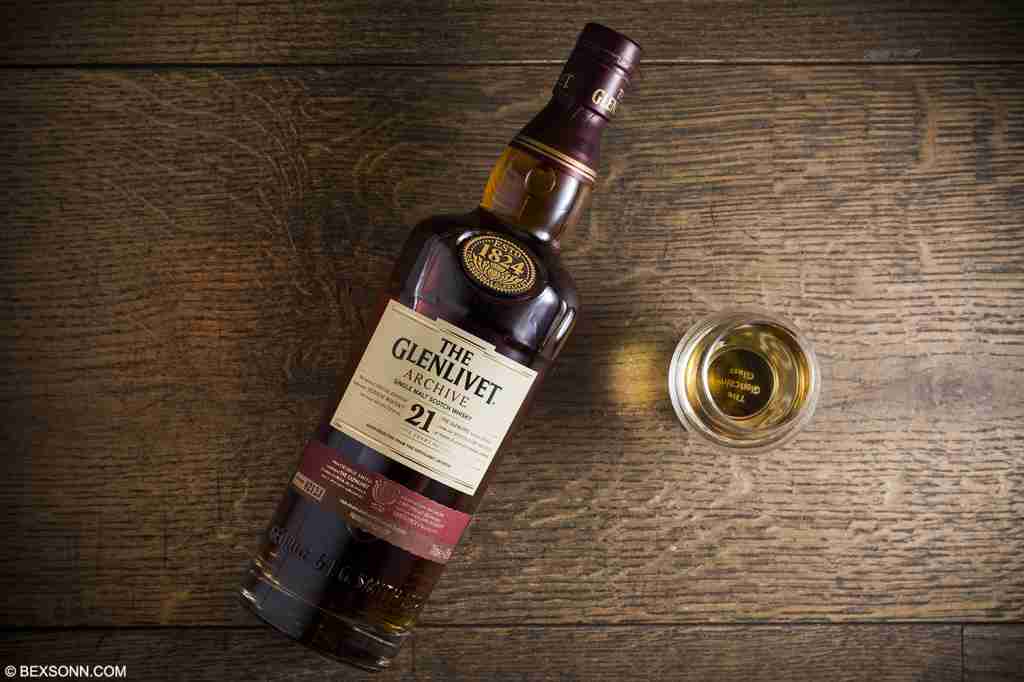 The Glenlivet 21 Year old Archive Single Malt Scotch: Last time round we looked at This Guardians Chapter (no age statement) single malt from The Glenlivet which was given the name ‘Exotic’ due to its tropical notes. Today we are featuring one of the older brothers of the collection; the 21-year-old Archive – which is only produced in small bespoke batches. Aged in ex-sherry casks, each cask is nosed and approved, making each batch unique.  On the nose: you’ll experience beautiful notes of dark chocolate, swiftly followed by orange, sherry and interestingly some floral notes. Notes of vanilla will start to emerge followed by cinnamon, a touch of oak and some marzipan. On the palate: those warm, dark chocolate notes will hit you, with a silky creamy texture and notes of orange. Some spicy flavours will start to emerge, followed by cinnamon, ginger and a bit of zest. The finish: is medium to long, sweet, nutty, with lingering smoke.

The verdict: The Glenlivet 18yo is one of my favourites from the collection, so this 21yo had to live up to the benchmark set by the 18yo and admittedly it did but in an unexpected way. The 21yo Archive has a suave richness to it making it a dram that is, in my opinion, mature but yet delicate at the same time and as quoted by The Glenlivet “the mature and debonair one”. The 21yo posses different qualities to that of the 18yo. Is it a better scotch? For me, no. But I’d have to put it on equal par with the 18yo, even though the 21yo Archive has that special occasion quality to it. Probably not a dram you’ll need to add water to but if you do, then only add a small amount. I found when left to sit for 10 minutes the nose and palate really opened up and gave up its notes.