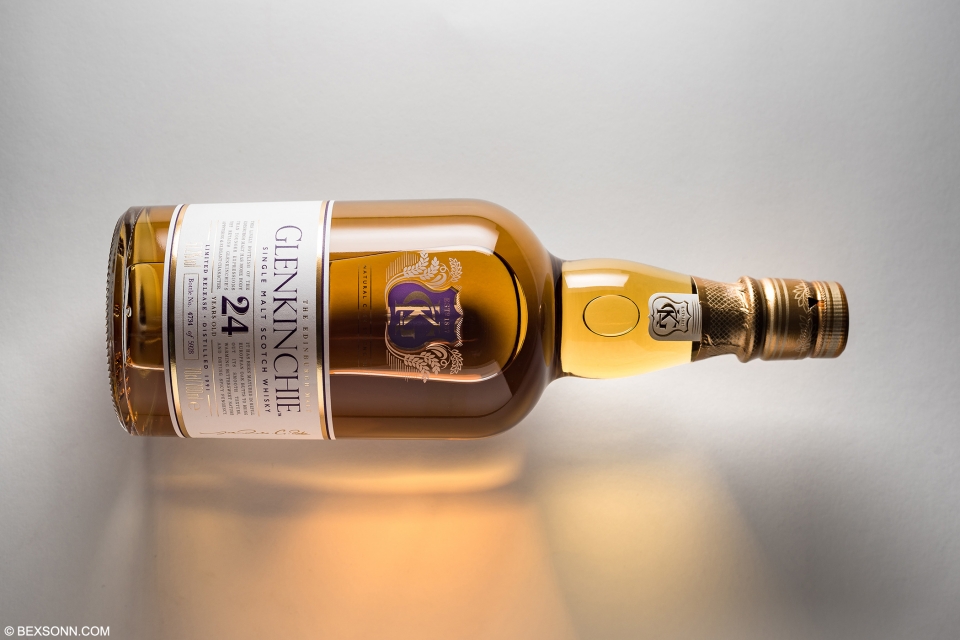 Out of the Diageo Special Release with posted tasting notes on thus far, Glenkinchie is the only Lowland Scotch. Just like Auchroisk and Mannochmore, Glenkinchie also has a chequered pass, with changes in ownership but they’ve also moved once, back in 1837 to their current site. They are also known for having the largest pot still in Scotland. Now owned by Diageo, Glenkenchie is known for being fresh, fragrant, with notes of lemon and a whisper of smoke. Part of the Diageo Special Releases 2016 collection, this limited edition Lowland Single Malt was distilled in 1991 at Glenkinchie and matured in refill European oak butts. Aged for 24 years, this is the oldest cask strength expression from the distillery in this series with only 5,928 individually numbered bottles available worldwide.

On the nose: you’ll get intense notes toffee, vanilla,, followed by liquorice, fudge and cinnamon. These initial notes are closely preceded by stem ginger and a touch of lime zest. Notes in the form of mandarins start to emerge, followed by milk chocolate, a light waft of a floral nature and butterscotch. Rounding-off the nose are notes of shortbread, a hint of salted caramel and green herbs. palate: is initially rather sweet with honey, which is closely followed by those salted caramel notes, smoke, vanilla and demerara sugar. That lime zest is present on the palate, followed by cinnamon, star anise, butterscotch and oatmeal. Finishing off the palate are notes of a vicious nature, herbs and a warming peppery note. The finish: is long, sweet and spicy, with lingering herbs and smoke.

The verdict: This Glenkinchie 24-year-old Diageo special release has some lovely balanced notes that just seem to keep developing the longer you leave it. It’s has a very sweet nose full of depth, mirroring the palate that has an unexpected but delightful smoky note. Bottled at an ABV of 57.4%, this genuinely special bottling is one that, in my opinion, can be enjoyed how you please, though a drop of water does open it up just that little bit more.

For more information on Glenkinchie, visit the official website.