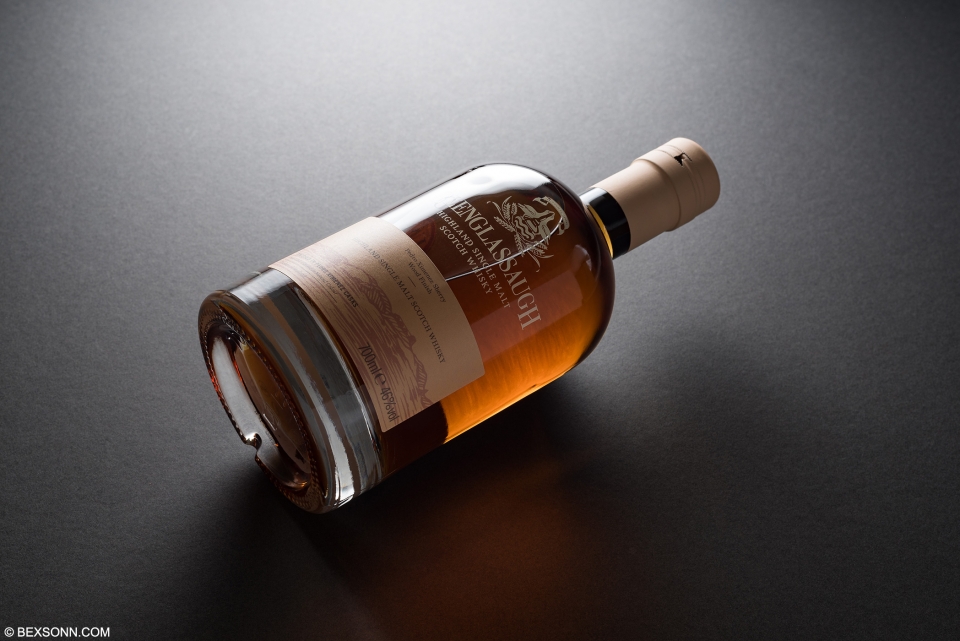 Glenglassaugh: a distillery we’ve never posted any tasting notes on, yet we’ve sample our fair share. Founded in 1875, the distillery stands on the Moray Firth Coast at the edge of the beautiful Sandend Bay. However, it lay silent and forgotten for over two decades. After it was mothballed for over 20-years, it restarted production in 2008. Under the guideship of Malt Master, Billy Walker, whisky once again poured from the stills, resurrecting the distillery. Back in November 2017, Glenglassaugh added some new expressions to their range. The latest additions to their series represented a new chapter for Glenglassaugh and included the distillery’s first ever wood finish expressions. The wood finishes series features four distinct styles: a Port Wood Finish, a Peated Port Wood Finish, a Pedro Ximinez Sherry Wood Finish and a Peated Virgin Oak Wood Finish. The luscious sweetness of Glenglassaugh’s full-bodied spirit is intensified in Pedro Ximenez sherry wood finish. Known as the ‘King of sherries’, PX is a sweet, dessert sherry, made by the sun-dried PX grape, known for its unctuous raisiny character. According to Glenglassaugh, “during finishing, the PX cask imbues Glenglassaugh with sun-dried warmth, reminiscent of a richly baked fruit dessert, spiced by the sea.”

On the nose: you’ll be welcomed by notes of cream soda, vanilla, rich currants and raisins, followed by aniseed and a waft of lemon zest. These initial notes are followed by white pepper, cinnamon and tarragon. Notes of poached pears, caramel, honey and oranges start to emerge, as well as golden syrup. Rounding-off the nose is a hint of mint, almonds, brown sugar and creme brûlée. On the palate: those notes of creme brûlée, vanilla, brown sugar and poached pears are ever-present, followed by those currants and raisins. Subtle notes of honey, cinnamon and pepper start to appear, as well as a surprising but welcomed meaty note. Completing the palate are notes of marzipan, toasted oatmeal and cedar wood. The finish: is long, spicy and peppery, with lingering tones of orchard fruits and creme brûlée.

The verdict: This PX Wood Finish expression from Glenglassaugh had me intrigued, as I’ve never sampled any of their out of the ordinary drams. However, it exceeded my expectations and even more so considering it is a non-age statement expression. This PX expression has got a perfect balance of rich warm currants – which we’ve come to expect from whisky finished in PX casks – alongside warm orchard fruits and just the right amount of spiciness. With an ABV of 46%, it doesn’t require any water in my opinion. Though if you feel the need to, then do so until it’s just right for you.