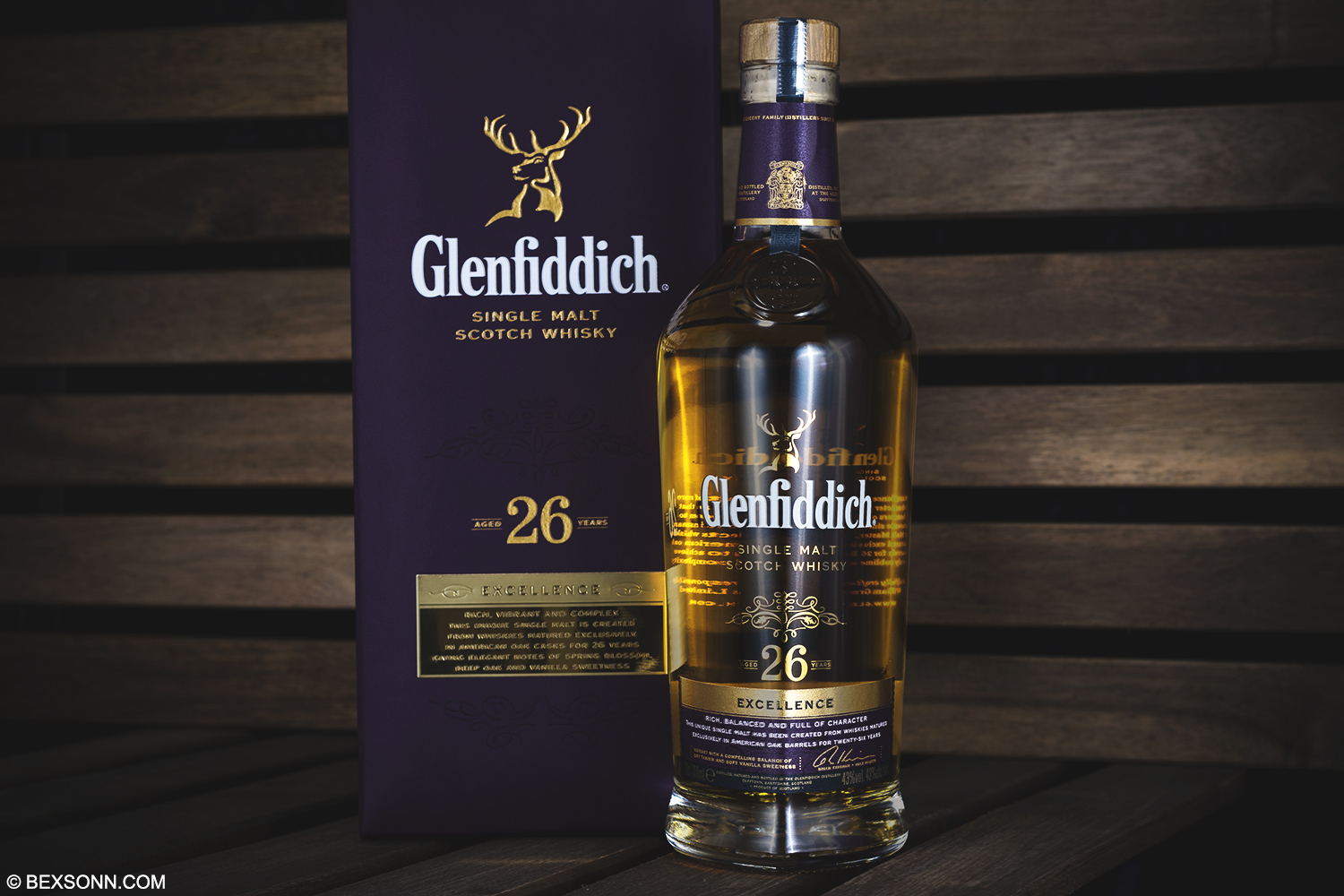 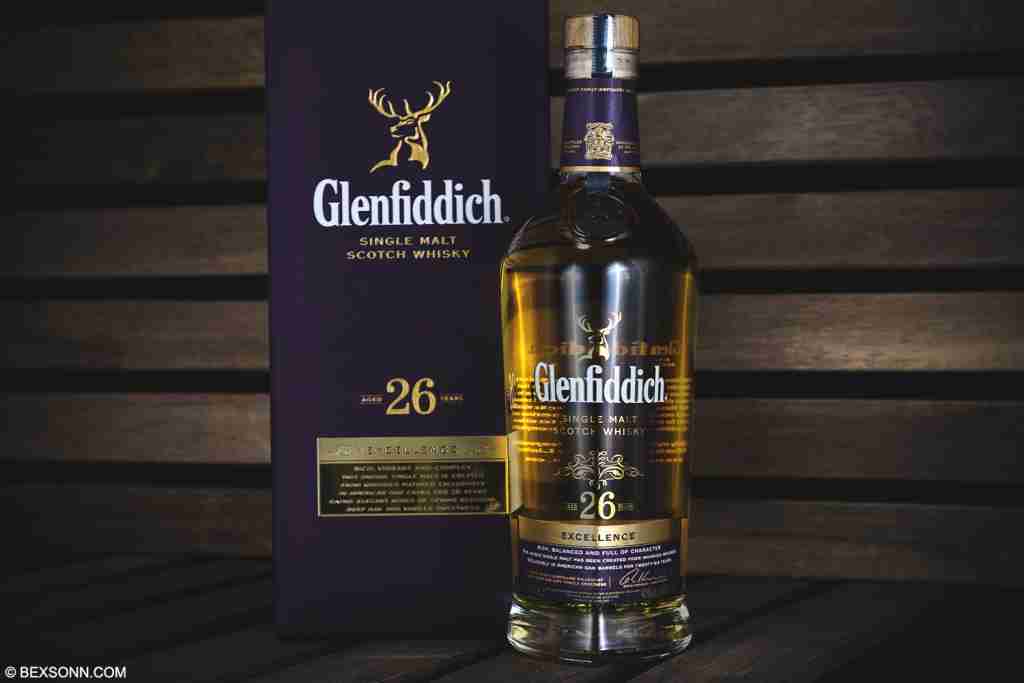 Glenfiddich Excellence 26 Year Old Single Malt Scotch: Recently we had the pleasure of sampling this rather pleasant dram and while we’ve tasted many other Glenfiddich expressions, this particular one is something quite special. Glendiffich Malt Master, Brian Kinsman, wrote “For Excellence, I wanted to create a whisky that honours Glenfiddich’s continuous line of family ownership since 1887. For me, that means having the freedom to create whiskies of real distinction and uniqueness. And after 26 long and patient years, I am proud to be the one to bottle a whisky that truly lives up to its name.” Glenfiddich Excellence, which is married in small batches spends 26 years quietly breathing in pure Highland air through porous Quercus Alba American Oak. This culminates in an aged whisky that is of rare character and complexity that provides scotch that is full of flavour, balanced, warming but yet smooth.

On the nose: there is a beautiful sweet waft of clementines, followed by mixed fruits, butterscotch, a touch of honey and dark creamy chocolate. Notes of hazelnut and cedar wood start to emerge, alongside notes of peppery spices, vanilla and the slightest hint of red apples. On the palate: those sweet clementines are very-present, however that dark chocolate note is more intense on the palate. These notes are complimented by maraschino cherries and hazelnuts. Flavours of cardamom and peppery spices start to appear, followed by an unmistakable note of figs, red apples and oak. The finish: is medium – long, chocolatey, with a touch of oak and lingering spices.

The verdict: Truly an exquisite dram, though if I’d written this verdict a few months back when I first tasted this scotch, the answer may have been somewhat different. When I first tried this dram at the beginning of December last year, something didn’t quite sit well with me and I wasn’t that impressed. But fast-forward a couple of weeks to the Glenfiddich private tasting at the Soho Whisky Club just before Christmas and it was almost as if it had evolved. It is such a well-balanced dram, full of rich beautiful notes that just speak excellence! The Glenfiddich Excellence 26yo has a ABV of 43.1% and comes presented in a purple box like the one seen in the picture above. Definitely a dram, that for me, didn’t require any water but just a bit of time to breathe. If you do require any water then only add in small quantities until it’s right for you.