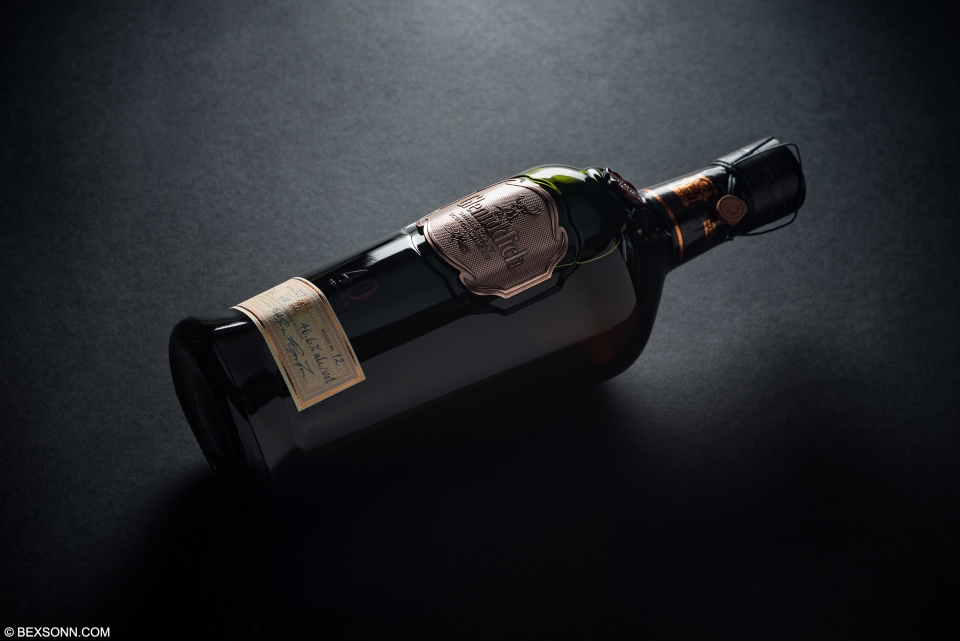 As you may or may not know, Glenfiddich, was founded in 1887 by William Grant and family run to this day, is perhaps the most famous of all of Scotland’s single malts and is equally famous for the rarity of its single cask bottling’s. Glenfiddich offer a range of Scotch titled “Rare Collection” that is to whisky connoisseurs, pure indulgent Scotch heaven. Thus far, from this range we’ve posted tasting notes on the 30-year-old and 26-year-old expressions. However, this Glenfiddich 40 expression is handpicked from some of the oldest casks in the world, marrying 40-year-old vattings to craft this unrivalled whisky. Each bottle is individually numbered and wrapped in hand-stitched calf leather. Only 600 bottles are released to the world each year and each one is accompanied by a leather-bound book telling its 40-year-old story, with certification hand-signed by our longest-serving craftsmen. 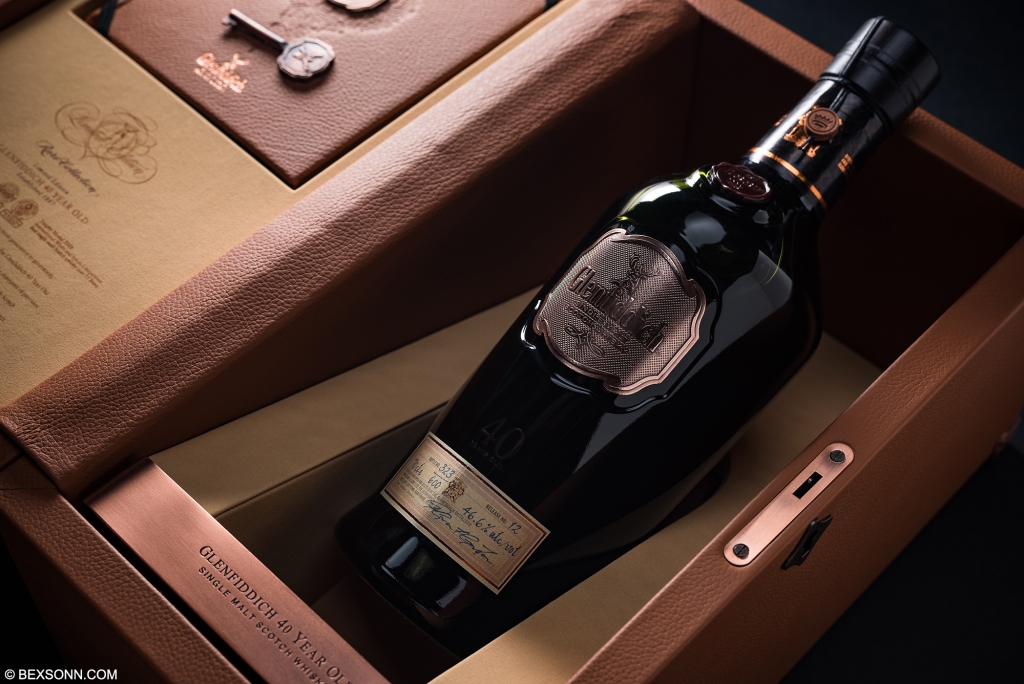 On the nose: you’ll experience initial notes of fresh red apples, mixed dried fruits, vanilla and brown sugar. This is closely followed by marzipan, a hint of lemon zest, cinnamon and fennel seed. The nose is nicely rounded off with oranges, maraschino cherries, cocoa and tobacco. On the palate: are those sweet dried fruit notes (like a rich fruitcake), a hint of smoke, vanilla and bitter dark chocolate. These are followed by some peppery notes, cinnamon, a lovely smooth leathery note, poached pears and brown sugar. The finish: is long, dry and nutty, with lingering peat.

The verdict: I’ve tasted seriously old scotch before but it hasn’t always been the best of experiences. Whisky aged for this period of time tends to take on too much character of the oak in which it has been aged. That said, this Glenfiddich 40yo has the best blend of youth and maturity! It is so well-balanced and keeps offering more notes just as often as you keep nosing and sipping it. Bottled at ABV 46.6% in a 70cl bottle (note this changes per batch release) this is a dram that doesn’t require any water, in my opinion – though if you do need to then only add a very small amount.

Glenfiddich 40 Year Old Single Malt Scotch can be found at The Whisky Shop in-store or online for approximately £2,750

For more information on this 40 year-old expression, visit the official Glenfiddich website.