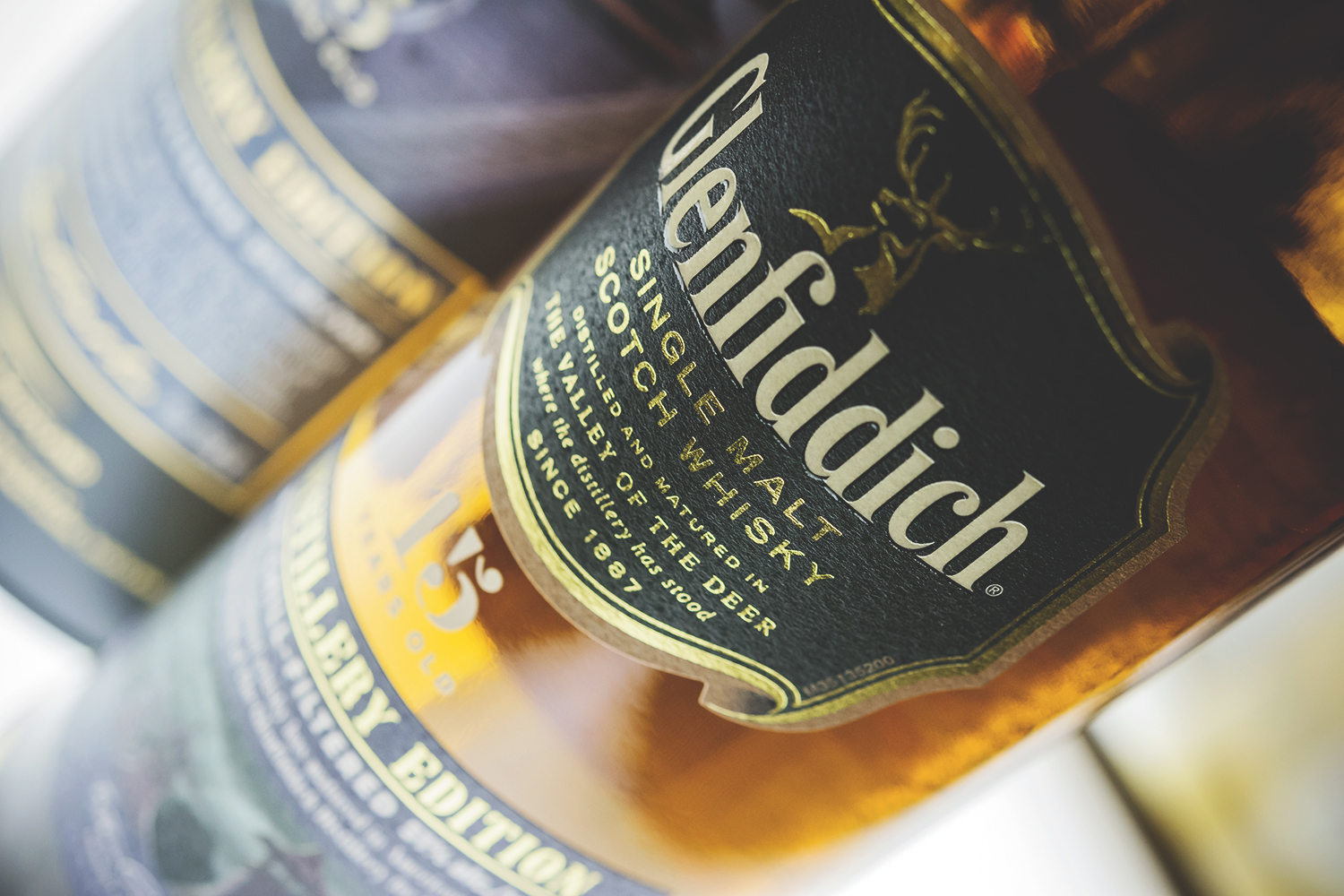 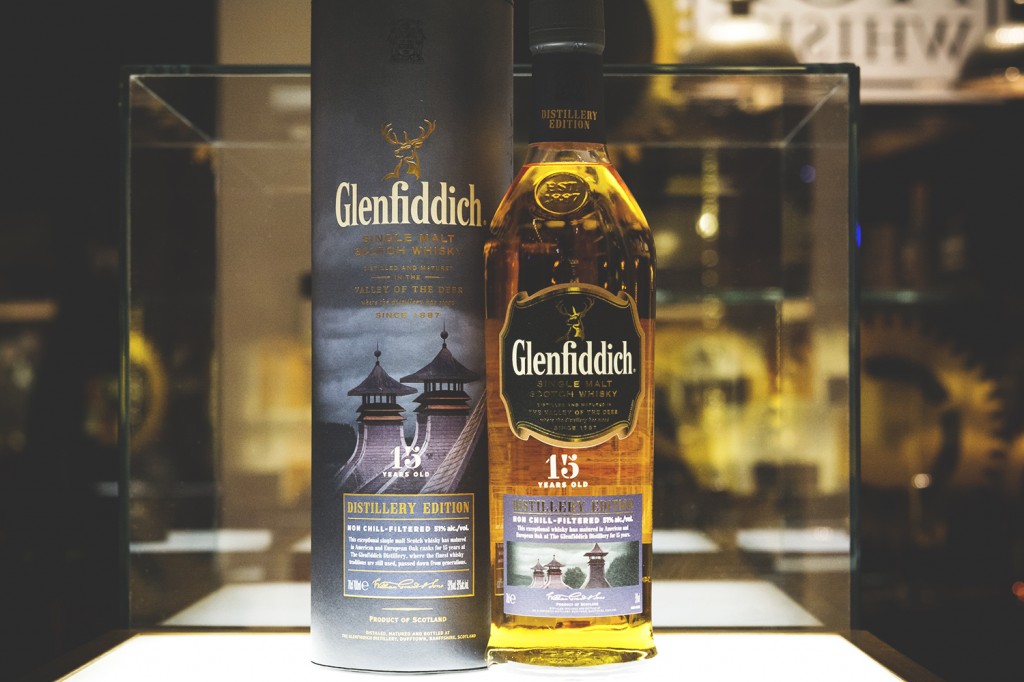 Glenfiddich 15 Year Old Distillery Edition Single Malt Scotch: A higher strength single malt Scotch whisky, crafted with Glenfiddich’s century-old traditions. After at least 15 years maturing in traditional American oak and Spanish oak, it is non-chill filtered to protect its subtle flavours.  On the nose: you’ll get a beautiful waft of honey and caramel, closely followed by vanilla. Notes of butterscotch will start to emerge, which is then followed by a subtle burst of sherry. After these notes have past there’ll be a soft lingering smell of liquorice and notes of a floral nature.  On the palate: the first thing that comes to mind is Christmas pudding, loads of fruit that has been doused in some sort of alcohol. A bit of oak will start to creep in with an unusual note of charcoal? Those caramel and vanilla notes will be confirmed with a smooth milky texture and some spices.  The finish: has quite a moderate kick to it, with a very long-lasting note of oak.

The verdict: This distillers edition of the 15-year-old Glenfiddich has some wonderful notes and beautiful texture. However, for me it is not as good as their standard 15-year-old but it does offer something a little different and edgier.  As with all single malt scotches – this is best enjoyed straight, or with a very small amount of mineral water to allow the flavours to breathe.