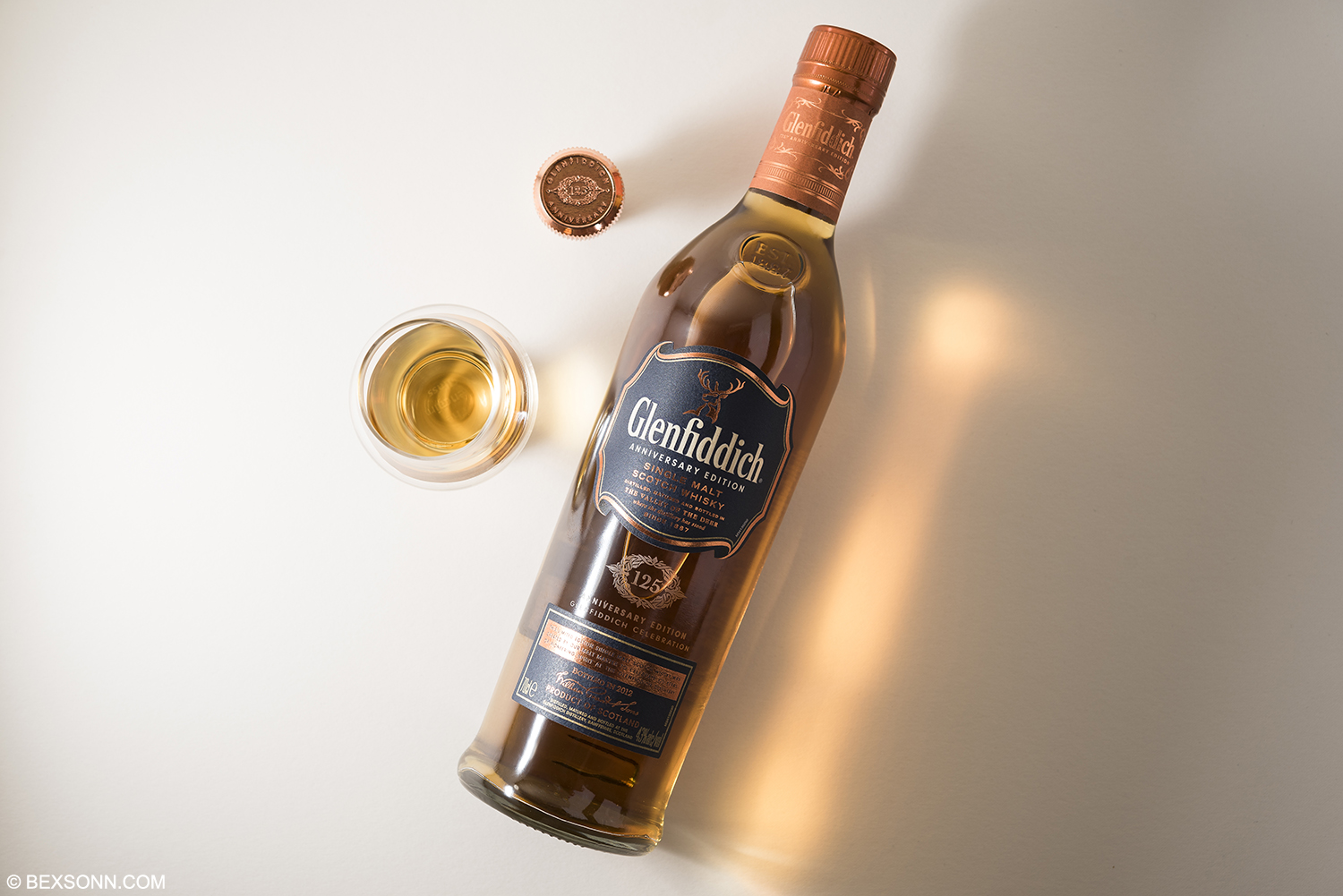 Glenfiddich 125th Anniversary Edition: We love a good Glenfiddich here on BEXSONN.com and I guess you could say this is rather evident when you look at some of our previous tasting notes: here, here, here and here – of course there are plenty more. However, this is probably one of the most intriguing expressions we’ve (I’ve) had the pleasure of tasting thus far. Why you may ask? Well, if you were not aware Glenfiddich is a Speyside distillery. Now, distilleries in this area of Scotland are more known for producing lighter, fruitier, drops of liquid gold but according to the records – or as Glenfiddich like to put it “a very old bottling of Glenfiddich” – this wasn’t always the case. In 1887, when Glenfiddich first flowed from the stills, the barley was traditionally malted in kilns at the distillery over furnaces fuelled with dried local peat, infusing it with unique smokiness. In 2012 for Glenfiddich’s 125th anniversary, they introduced a limited edition bottling to celebrate this momentous occasion, in the fashion of what Glenfiddich would’ve bottled 125 years prior.

On the nose: you’ll be hit with an intense bouquet of sweet sherry and marmalade, followed by vanilla, oatmeal and swathes of peat. Notes of toffee, almonds and  green herbs will start to emerge, coupled with some light hints of oak, cinnamon, cloves and a meaty note. After a couple of swirls in the glass a note of over ripe apples will appear. On the palate: those ever so sweet sherry and marmalade (orange) notes are ever-present, followed by peat. The texture is rather oily and there is a lovely zesty note lingering around in there, followed by vanilla pod, cinnamon, cloves, ginger stem, butterscotch and marzipan. Some subdued notes of apples start to emerge with a hint of oak.. The finish: is medium/long, warming and sweet, with lingering smokiness and oak.

The verdict: I’m always open to something a little different from a whisky distillery I know quite well and I’ve not been disappointed. This 125th Anniversary Edition inspired by whisky distilled over 125 years ago is just brilliant.  While it was unexpected, I was pleasantly surprised with just how well balanced it is, the peat is not overbearing, neither has Glenfiddich’s character been lost – a touch of genius from Malt Master, Brian Kinsman. With a low ABV of 43%, I personally didn’t need to add any water but if you feel the need, then add just enough until it’s right for you.

For more information on the 125th Anniversary Edition, visit the official Glenfiddich website.