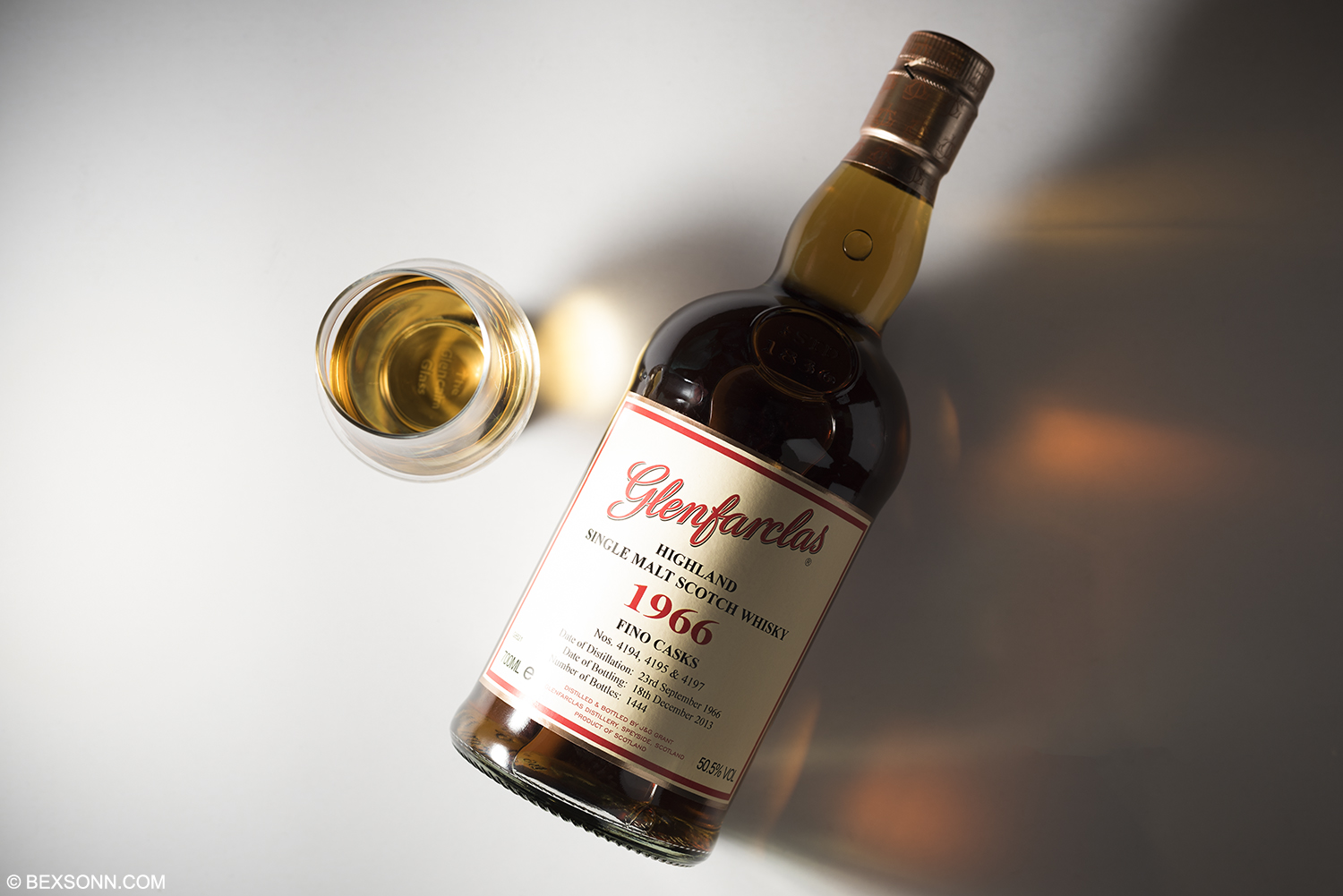 Glenfarclas 1966 Fino Casks Single Malt Scotch: I’ve posted tasting notes on Glenfarlcas before and most notably their Family Cask expressions. Glenfarclas are well-known for producing heavily sherried scotch whisky but every now and then even they find a little gem of a cask hiding in the warehouse. While this 1966 Fino Cask finish scotch doesn’t stray too far from their core notes, there is a difference when it comes to fino sherry casks and this has been exclusively matured in just that. With only 1444 bottles produced worldwide and only 300 available in the UK, it must be said it was delightful to have tasted this Glenfarclas expression on the night. This expression will mark the first in a series of six different Glenfarclas special releases, one for each generation of the family.

On the nose: is the most beautiful note of oranges, closely followed by notes of Madeira cake, marmalade and zest. After a couple of swirls in the glass emerges a note of mixed fruits, a welcome meaty note, vanilla, fennel seed, herbs and cinnamon. Rounding off the nose is a hint of floral notes, smoke, oak and the strangest waxy, oily aroma. On the palate: more sweet mixed fruits than oranges, which is followed by peppery notes and a hint of lemon zest. Notes of oranges start to emerge, followed by fennel seeds, cinnamon and a slight meaty note. The texture is rather oily and the palate is rounded off by maraschino cherries, a light peat and oak. The finish: long, spicy, with lingering oak.

The verdict: I do like a dram of Glenfarclas but this was a little different but it was still just as enjoyable. As mentioned before this expression of Glenfarclas is exclusively matured in Fino casks, which imparts some wonderful and unusual notes. It has some beautiful rich notes, a lovely texture and just the right amount of everything, all nicely balanced that only makes you want more. At 50.5 % ABV, there was no real need to add water, however, I recommend you to do so to unlock those notes available.

Glenfarclas 1966 Fino Casks Single Malt Scotch Whisky can be found online at the Whisky Shop for approximately £850.00. For more information on the Fino Casks range, visit the official Glenfarclas website.