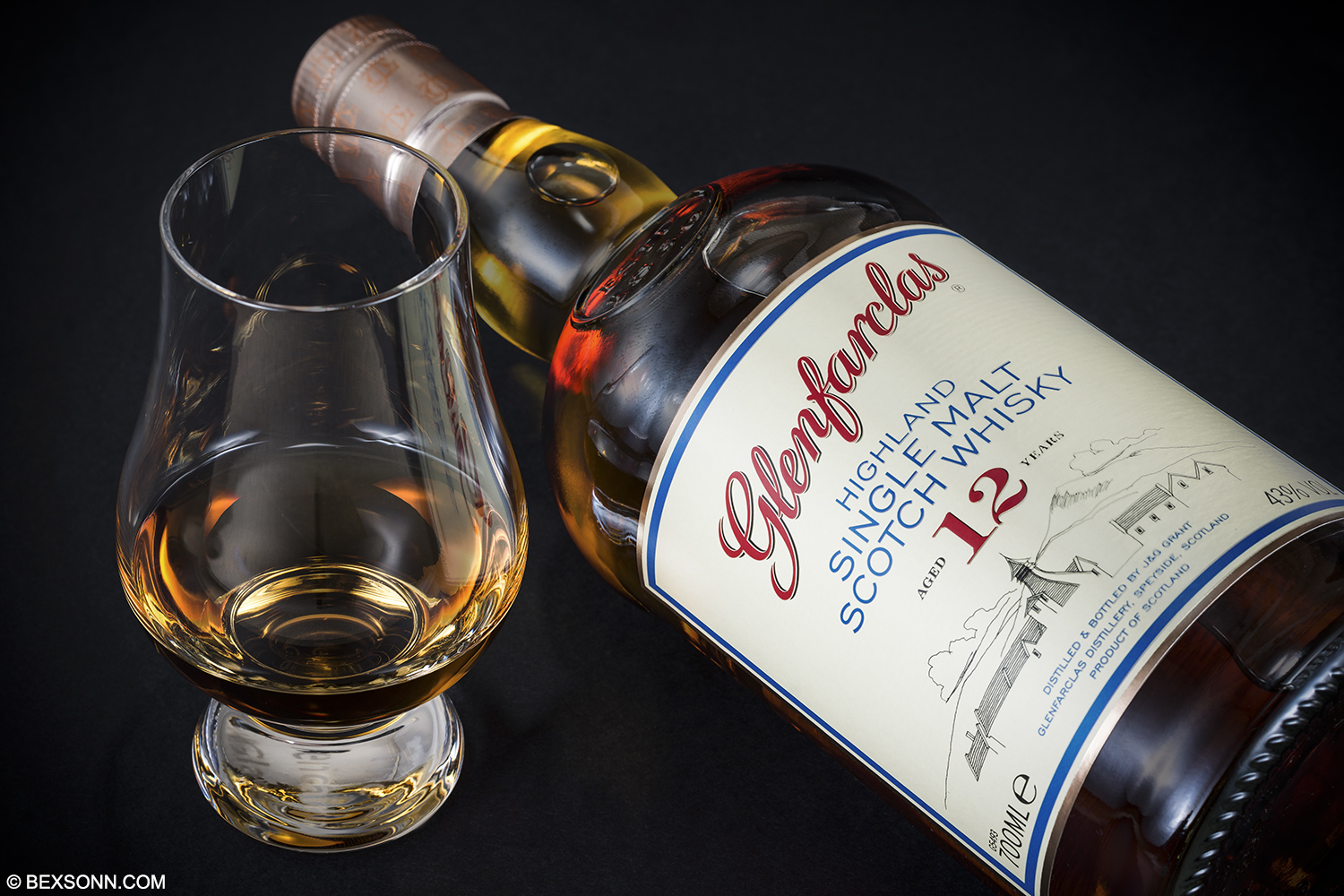 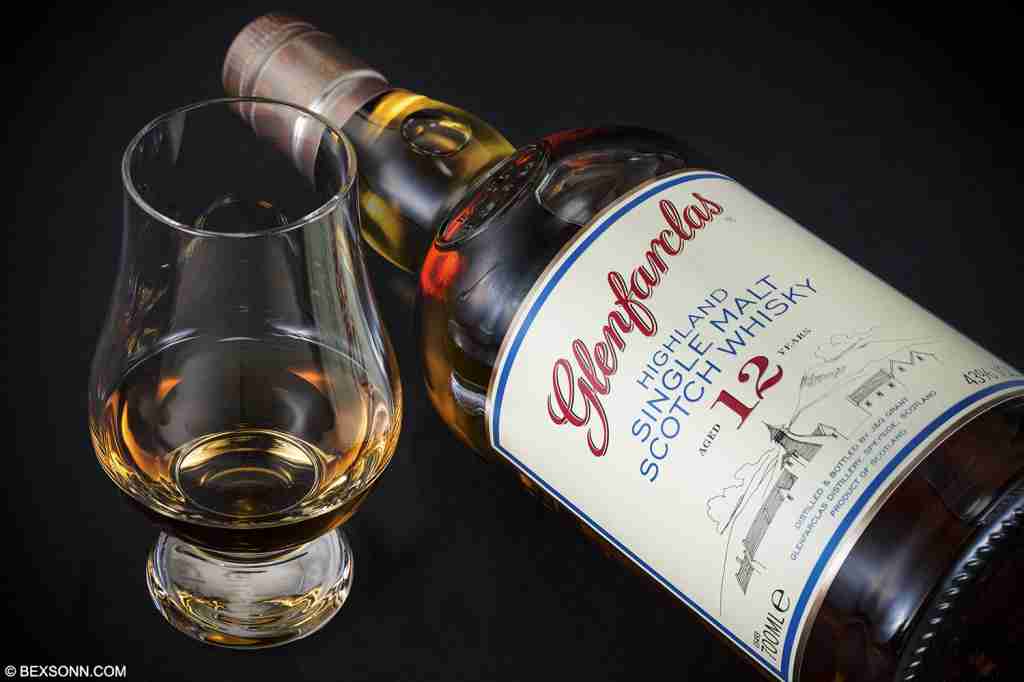 Glenfarclas 12 Year Old Single Malt Scotch: Last time round we had a look at the crème de la crème in regards to the Glenfarclas range – the Family Casks. We mentioned The Family Casks were bottled at cask strength and have natural colour, that allows you to explore the subtle differences between casks and the history of the Speyside family owned Glenfarclas distillery. However, this Glenfarclas that was especially created for export and travel retail has made its way into the supermarkets. The Glenfarclas 12yo Scotch in 2006 was named the ‘Best Sherried Whisky’ in the Single Malt World Cup. More recently Glenfarclas 12 Years Old won Gold at the Stockholm Beer & Whisky Festival in 2007 and again in 2008.

On the nose: you’ll get an intense waft of warm sweet sherry, followed by butterscotch and a tiny bit of liquorice. This initial nosing is then followed by vanilla, some lovely cinnamon, spices and oak notes but again that signature Glenfarclas note is apparent.  On the palate: that initial warm note of sherry is there but not as strong, though the sweetness remains but takes on a more honey-like character. You’ll get a sharp, peppery note followed by some strong oak and peat (with these notes combined there is almost a hint of a barbecue going on). The finish: is rather pokey with tonnes of lingering spiciness.

The verdict: As an introduction to the Glenfarclas brand, this is a very, very good dram. Though not as good as The Family Cask selection, this is surely a Scotch one must try to get a taste of the Glenfarclas distillery.  As with all single malt scotches – this is best enjoyed straight, or with a very small amount of mineral water to allow the flavours to breathe.

Glenfarclas 12 Year Old Single Malt Scotch Whisky can be found while on your travels or at any good shopping supermarket for approximately £40. For more information on The Family Casks range, visit the official Glenfarclas website.