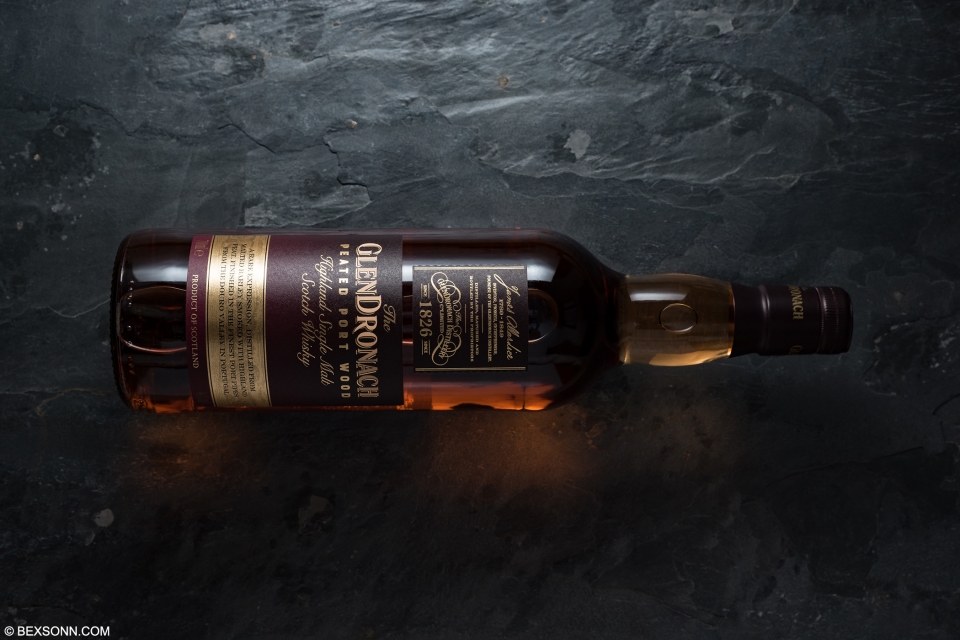 We’ve posted tasting notes on a lot of GlenDronach, which is no coincidence seeing as it is one of our favourite distilleries. However, this dram is a little bit different. The Peated Port Wood is a rare example of GlenDornach’s Highland Single Malt Scotch, made in the old style from the malted barley dried with Highland peat, which differs in character to Islay peat. Highland peat is much subtle than Islay peat, which imbues the spirit with regional notes of wood smoke and smouldering charcoal, which is layered over GlenDronach’s archetypal fruitiness, giving the final whisky its own range of unique flavours and aromas. This Peated Port Wood expression is inspired by historical import casked port into Scotland during the nineteenth century, the spirit has undergone maturation in the finest port pipes, from the Douro Valley in Portugal, to create a surprising expression of GlenDronach.

On the nose: you’ll be welcomed by notes of dark chocolate, raisins and currants, alongside a gentle peaty aroma. These initial notes are followed by a warming buttery note, vanilla, smoked oak, raspberries and strawberries, as well as cinnamon rolls, black pepper and mint. Rounding-off the nose are notes of salty caramel, apple crumble, a hint of aniseed and ginger. On the palate: those notes of dark chocolate are ever-present, followed by cranberries and currants. These are followed by notes of cinnamon, black pepper, butterscotch, smoked oak wood and a touch of vanilla. The palate is completed with notes of salty caramel, a hint of rosemary, stewed barley and red berry compote. The finish: is medium/long, with hints of peat, currants, oranges, mulled wine and lingering notes of Christmas.

The verdict: This Peated Port Wood expression from GlenDronach had me intrigued, as I’ve never sampled any of their peated drams. But as mentioned before, Highland peat is much more gentle than Islay peat, so I kind of had an idea what to expect. However, it exceeded my expectations and even more so considering it is a non-age statement expression. The Peated Port Wood has got a perfect balance of lighter, warm, summery notes combined with Glendronach’s signature sherry undertones and a touch of smoke. With an ABV of 46%, it doesn’t require any water in my opinion. Though if you feel the need to, then do so until it’s just right for you.

Glendronach Peated Port Wood Single Malt Scotch Whisky can be found  for approximately £70 online or in some specialist whisky shops.

For more information on The Peated Port Wood, visit the official GlenDronach website.