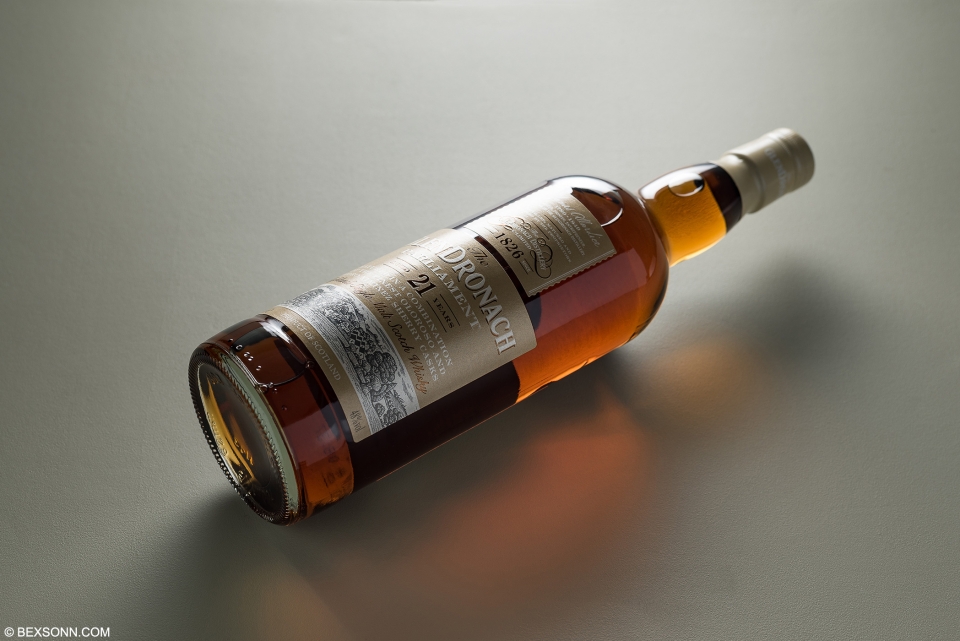 Last year we highlighted quite a lot of liquid-gold from the GlenDronach distillery (12,15 and 18), in Speyside, which was built-in 1825 and was originally led by one James Allardice. GlenDronach are well-known for producing some of the most beautiful sweet sherry-styled Scotch Whisky on the market today, largely owed in part to a gentleman we spoke about at the time: Billy Walker. While GlenDronach has made a name for itself, it has long been the key to Teacher’s blends. As mentioned before, GlenDronach are very well know for producing Scotch matured in ex-sherry Oloroso & Pedro Ximenez casks, which give rich, sweet and creamy notes. This rich expression, which has been named ‘Parliament’ after the colony, or ‘parliament’, of rooks that have been nesting in the trees that overlook the GlenDronach distillery for almost 200 years. Matured in a combination of the finest Oloroso and Pedro Ximenez sherry casks for a minimum of 21 years, the ‘Parliament’ continues the great GlenDronach tradition of offering fruit-laden intensity in its single malts.

On the nose: there is a warm invitation of mixed fruits, currants, sultanas, tobacco and dark chocolate. These are closely followed by notes of vanilla, almonds, with subtle hints of spices, cinnamon and viscous like note. More notes in the form of plums, figs, poached pears and red apples start to emerge and are nice rounded-off by notes of maple syrup, lavender and some green herbaceous notes too. On the palate: those warm mixed fruits are ever-present, along with chocolate and vanilla. After a few swirls in the glass, notes of plums, figs, cinnamon and subdued spices start to emerge. Rounding-off the palate is a hint of shortbread, red apples, marzipan, tobacco, coffee and walnuts. The finish: is long, smooth and sweet, with lingering muted spices, nuttiness and a lovely oily texture.

The verdict: I’ve been saving this one for quite some time and its not because I’ve been waiting for a special date or time but because of a rather simple and perhaps ignorant reason – yup, I forgot I even had it stashed away. This 21-year-old scotch, is just that “liquid gold” at its finest, in fact it is so good you could easily mistake this expression for being somewhere nearer to 30 or 40 years of age. That said, a gentleman once told me the 21 is actually a 25-year-old expression and on evidence, this may well be true. It is so full of depth and fruitful, sweet flavours but has enough subtle spices and lighter notes that truly compliment this drop. With a ABV of 48%, it doesn’t require any water in my opinion. Though if you feel the need to, then do so until it’s just right for you.

For more information on The Glendronach , visit the official website.