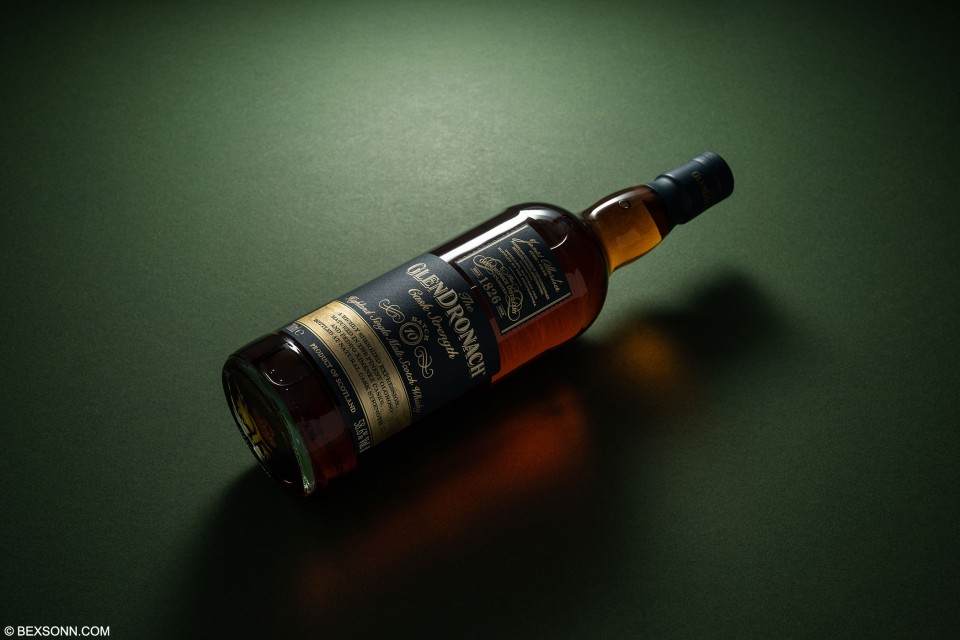 Whisky from the GlenDronach distillery is a truly delectable drop within its own right but their annual single cask limited releases is something rather special. In typical fashion, this year Glendronach released its 8th batch of Cask Strength Highland Single Malt Scotch Whisky, matured for ten years in Pedro Ximénez and Oloroso sherry casks from Andalucía.

The GlenDronach Cask Strength Batch 10 offers connoisseurs a deeper insight into the distillery’s signature character, by bottling at the whisky’s natural cask strength, as was the custom before the turn of the 20th Century. This expression is exquisitely crafted by Master Blender Rachel Barrie, from a marriage of Pedro Ximénez and Oloroso sherry casks. The GlenDronach Cask Strength Batch 10 is bottled at 58.6% ABV, and as is the case for all The GlenDronach expressions, develops its deep colour naturally over time from the Spanish oak in which it rests.

On the nose: there are notes of apricots, chocolate, marmalade, alongside a hint of tobacco and lemon zest. Notes of vanilla and honey start emerge as well as stewed fruits and maraschino cherries. Notes of spices in the form of cinnamon, nutmeg and mixed spices start to appear, with a hint of white pepper too. Completing the nose are notes of walnuts and toasted oats. On the palate: are notes of fruitcake laced with rum start are ever-present, as well as nectarines, vanilla and lemon zest. Notes of marzipan and cocoa start to become apparent, alongside spicy notes of cinnamon, mixed spices and star anise. Rounding-off the palate are notes of dark cherries, honey, sultanas, liquorice, caramelised sugar and an earthy note The finish: is long, sweet, with lingering notes of ginger, apricots, dates and spices.

The verdict: This non-age-statement cask strength GlenDronach aged in Pedro Ximenez & Oloroso sherry casks, is delicious. It has a lot of flavour, as well as texture, which lends to the overall experience. It is so full of depth and fruitful, sweet flavours but has enough subtle spices and lighter notes that truly complement this drop. With an ABV of 58.6%, it requires addition of water in my opinion. Though I’d suggest trying it first to gauge just how much is required to suit your palate.

This GlenDronach Batch 10 Single Cask Scotch Whisky can be found in any well-stock whisky shop or online for approximately £70.For more information on this Batch 10 release, visit The Glendronach website.