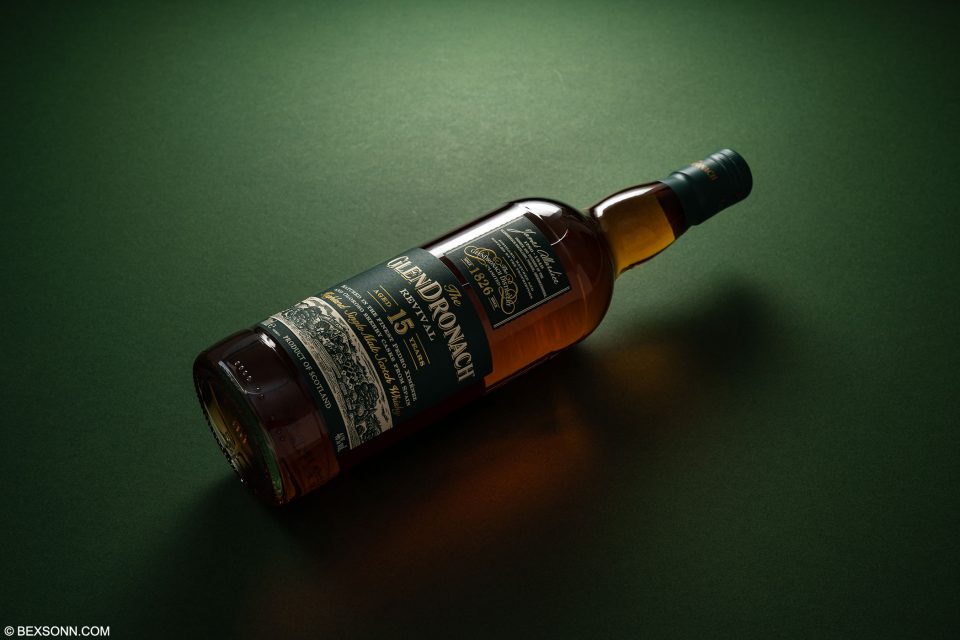 Towards the end of last year, Glendronach re-introduced the famed 15-year-old expression: The Revival. Built-in 1825, the Glendronach distillery that was originally led by one James Allardice. GlenDronach are well-known for producing some of the most beautiful sweet sherry-styled Scotch Whisky on the market today, largely owed in part to then Master Blender Billy Walker. Now under the guidance of new Master Blender, Rachel Barrie, Glendronach have gone from strength-to-strength. As mentioned before, GlenDronach are very well know for producing Scotch matured in ex-sherry Oloroso & Pedro Ximenez casks, which give rich, sweet and creamy notes. The GlenDronach 15-year-old was the first bottling of the new Benriach-owned era – hence the name it was given “Revival”. Matured in 100% Oloroso sherry casks, this non chill-filtered drop is a post-Christmas pudding dram par excellence.

On the nose: there is a warm invitation black forest fruits, raisins, vanilla, lemon zest toffee and a touch of butterscotch. These initial notes are closely followed by shortbread biscuits and spicy notes of cinnamon, turmeric and nutmeg. Notes of walnuts, aniseed and bergamot start to emerge. Completing the nose are notes of brown sugar, lychees, a hint of rose water and cherry compote. On the palate: those warm mixed fruits are ever-present, as well as walnuts, butterscotch and vanilla. Notes of an old leathery nature start to appear, alongside those zesty flavours, all-spice, cinnamon and cracked black pepper. Rounding-off the palate are notes of pears, bitter dark chocolate, with a hint of smoke and green herbs. The finish: is long, smooth, lingering nuttiness and an undertone of currents, with a  oily texture.

The verdict: This revival of The Revival is sublime. However, it was met with some criticism regarding its price and overall flavour profile, which I think was not only harsh but borderline ridiculous.The new 15 is full in depth of fruitful and sweet flavours but has enough spices and smoke to balance it out, which if you’ll click here, isn’t too dissimilar from the original 15yo expression. With a ABV of 46%, it doesn’t require any water in my opinion. Though if you feel the need to, then do so until it’s just right for you.

GlenDronach ‘Revival’ 15 Year Old Single Malt Scotch Whisky can be found at any well-stock whisky, online or in-store for approximately £65. For more information on The Revival, visit the official Glendronach website.