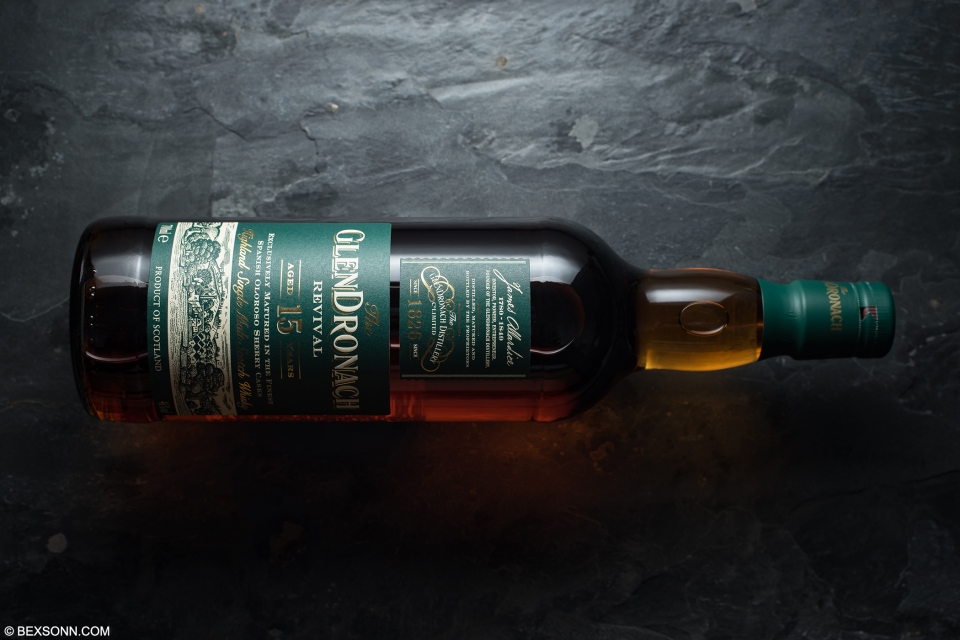 Some months back we highlighted the GlenDronach distillery, in Speyside, built-in 1825 that was originally led by one James Allardice. GlenDronach are well-known for producing some of the most beautiful sweet sherry-styled Scotch Whisky on the market today, largely owed in part to a gentleman we only spoke about last week: Billy Walker. While GlenDronach has made a name for itself, it has long been the key to Teacher’s blends. As mentioned before, GlenDronach are very well know for producing Scotch matured in ex-sherry Oloroso & Pedro Ximenez casks, which give rich, sweet and creamy notes. The GlenDronach 15-year-old was the first bottling of the new Benriach-owned era – hence the name it was given “Revival”. Matured in 100% Oloroso sherry casks, this non chill-filtered drop is a post-Christmas pudding dram par excellence.

On the nose: there is a warm invitation of mixed fruits, currants, sultanas and toffee apple. This is closely followed by butterscotch, vanilla, a twist of zest and a dusting of almonds. Notes of oranges, chocolate and spices start to emerge, alongside hints of smoke and nuttiness. On the palate: those warm mixed fruits are ever-present (as if Christmas is dancing on your tongue), along with chocolate, oranges, toffee and vanilla. After a few swirls in the glass, notes of walnuts, cherries, cinnamon and subdued spices start to emerge. Rounding-off the palate is a hint of lemon zest, smoke and notes of a meaty nature. The finish: is long, smooth, lingering nuttiness and fruits, with a lovely oily texture.

The verdict: You’d have thought I would’ve posted tasting notes on the 15yo,before the 12 and 18 already posted. However, if you were unaware the 15yo “Revival’ has been discontinued, so getting hold of a bottle is a little more difficult that usual. The 15 is like a perfect marriage of the 12 and the 18, it is full of depth and fruitful, sweet flavours but has enough spices and smoke to balance it out. With a ABV of 46%, it doesn’t require any water in my opinion. Though if you feel the need to, then do so until it’s just right for you.

GlenDronach ‘Revival’ 15 Year Old Single Malt Scotch Whisky is discontinued but can still be found at auction for approximately £70 – £100.

For more information on The Glendronach , visit the official website.