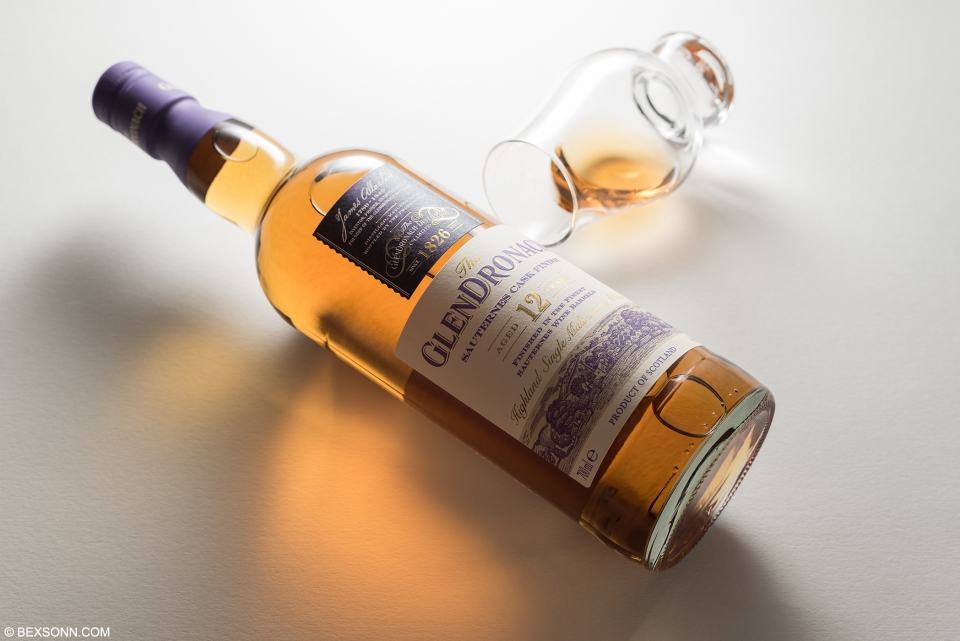 We’ve highlighted the GlenDronach distillery before, that was originally led by one James Allardice. GlenDronach are well-known for producing some of the most beautiful sweet sherried style Scotch Whisky on the market today, largely owed in part to Billy Walker. While GlenDronach has made a name for itself, it has long been the key to Teacher’s blends. As mentioned before, GlenDronach are very well know for producing Scotch matured in ex-sherry Oloroso & Pedro Ximenez casks, which give rich, sweet and creamy notes. However, this particular dram is not from their core range but  something from their wood finishes range. This Sauternes Wood Finish expression was initially matured in European oak and thereafter finished its maturation in a very small batch of Sauternes wine barrels, which has given this dram a very elegant nose and palate.

On the nose: you’ll be welcomed by sweet notes of oranges and clementines, closely followed by vanilla, honey and ginger stem. These initial notes are succeeded by notes of a peppery nature, cinnamon and sweeter notes of banana, sweet red apples, raisins and marzipan. Rounding off those nose is a whisper of herbs and toasted oats. On the palate: those initial sweet notes of clementines are present, followed by honey, mixed fruits, vanilla, and those sweet red apples. These are followed by cinnamon, spices, black pepper and lovely creamy note. After a few swirls, notes of toasted oats, thyme, parma violets and a light floral note start to emerge. The finish: is medium, sweet and peppery, with lingering spices and nuttiness.

The verdict: This limited release, GlenDronach 12-year-old, Sauternes Cask Finish scotch is, in my opinion, everything you could want from a light summery drop. While the core range offers more whiskies that are heavily sherried, this Sauternes cask has got a perfect balance of lighter, fruitier, summery notes combined with Glendronach’s signature sherry undertones that you will find in the 12 and 18-year-old expressions. With a ABV of 46%, it doesn’t require any water in my opinion. Though if you feel the need to, then do so until it’s just right for you.