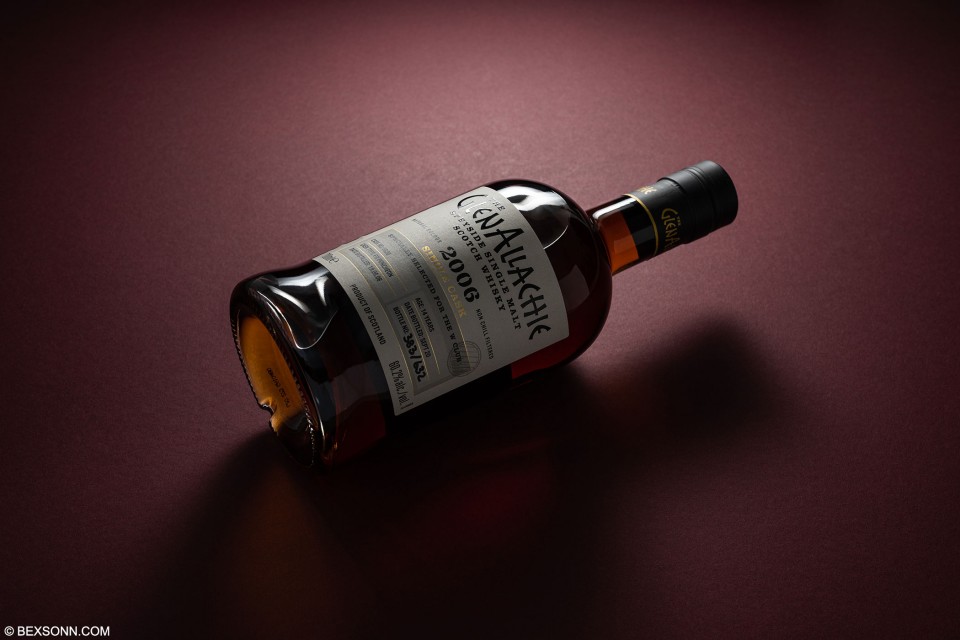 Embarrassingly enough for us, this is the first time we’ve posted tasting notes from the GlenAllachie distillery and strangely enough, there seems to be something rather familiar about their whisky. GlenAllachie, From the Gaelic Gleann Aileachaidh, which translate to ‘Valley of the Rocks’ is located in the heart of Speyside at the foot of Ben Rinnes, just outside the town of Aberlour. It is said the GlenAllachie (Glen-Alla-Key) has been a hidden gem for many year and was almost unheard of until it was taken back into private ownership. As one of the few independently owned distilleries in Scotland, this has allowed legendary master distillery Billy Walker to bless of with some more of his masterful blending skills.

Every now and then Master Distiller, Billy Walker, specially selects a handful of individual casks from the warehouse at GlenAllachie distillery, to be bottled as a ‘Limited Release’. From amongst the 50,000 casks maturing across their 16 warehouses, Billy Walker selects a small batch for a series of single casks: from hogsheads to puncheons and butts. With such a vast selection at his disposal, each and every cask lends some remarkable varying characteristics that have developed during maturation.

On the nose: there is a warm invitation of marmalade, dark chocolate, orange peel, treacle, sherry and a hint of vanilla. These initial notes are closely followed by notes of roasted almonds, cinnamon, mixed spices, black pepper, cloves and nutmeg, Rounding-off the nose are notes of, aniseed, raisins, a hint of green herbs, cardamom, ginger, a leathery note and a touch of wood polish. On the palate: those warm and sweet notes of treacle, raisins, dark chocolate and oranges are ever-present, alongside notes of plums, sherry and a hint of sanguinello oranges. Notes of cloves, mixed spices and cinnamon start to emerge, with a velvety and creamy texture. Completing the palate are notes of ginger, moscavado sugar and currants. The finish: is long, spicy and bittersweet, with lingering notes of stewed fruits and creamy buttery note.

The verdict: As I’d mentioned at the start of these notes that we’d never posted tasting notes yet it smelt and tasted familiar. Surely this was because of master distiller Billy Walker, who used to be the master distiller at one of our favourite distilleries: GlenDronach. This is a drop of liquid gold that intrigues from the nose to palate, which is rich in depth of flavour that is quite nicely balanced. With a ABV of 60.2%, it does require a touch of water to perhaps make it a touch easier to palate. I diluted down with a 2:1 ratio (whisky to water) which I found quite nice. That said, it is most definitely palatable at full strength but you’ll need to leave it to breathe for at least 10 – 15 minutes before tasting.

The GlenAllachie 2006 14 Year Old Single Cask Scotch Whisky is exclusive to The Whisky Shop’s W Club members and is priced at £99. For more information on The GlenAllchie , visit theglenallachie.com