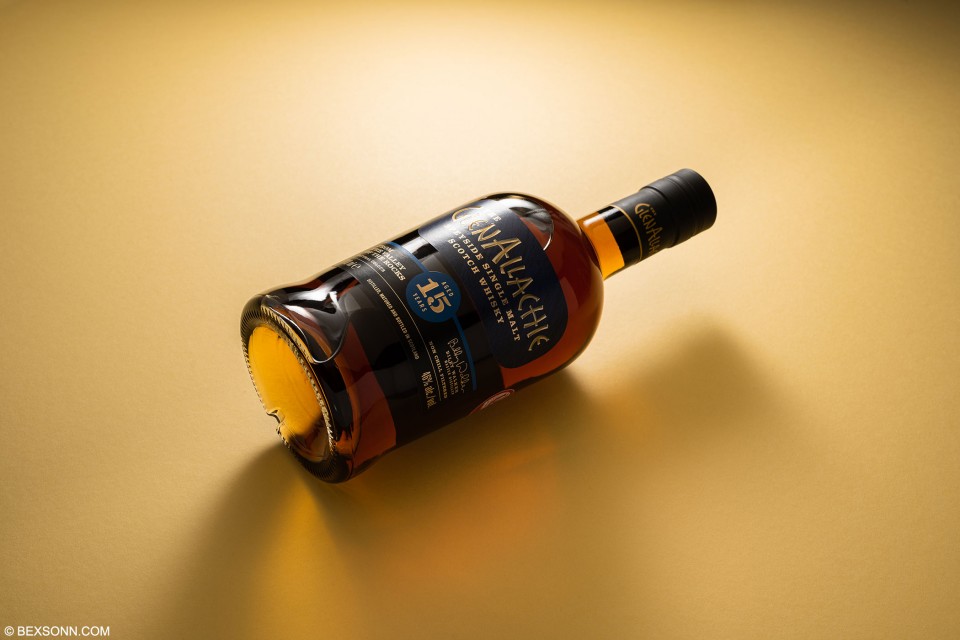 For the first time last year we posted some tasting notes from the GlenAllachie distillery and yet, there seems to be something rather familiar about their whisky. GlenAllachie, From the Gaelic Gleann Aileachaidh, which translate to ‘Valley of the Rocks’ is located in the heart of Speyside at the foot of Ben Rinnes, just outside the town of Aberlour. It is said the GlenAllachie (Glen-Alla-Key) has been a hidden gem for many year and was almost unheard of until it was taken back into private ownership. As one of the few independently owned distilleries in Scotland, this has allowed legendary master distillery Billy Walker to bless of with some more of his masterful blending skills. This 15-year-old expression has been aged in a combination of puncheons and hogsheads that previously held Pedro Ximénez and Oloroso sherry.

On the nose: there is a warm invitation of sultanas, currants, orange peel, alongside a lovely undertone of hazelnuts, marzipan and dark chocolate. These initial notes are closely followed by notes of star anise, mix spices, a hint of vanilla and treacle. Completing the nose is a hint of mint, old leather, a touch coffee, lemon zest, butterscotch and a hint of bananas. On the palate: those warm and sweet notes of sultanas, currants and orange are ever-present, alongside notes of a tropical nature, butterscotch and dark chocolate. After a few swirls in the glass, notes of sanguinello oranges start to emerge, as well as notes of candy, subtle spices, star anise and cinnamon. Rounding-off the palate are notes of fennel seed, brown sugar and a green herbaceous note. The finish: is medium, bittersweet, with lingering notes of liqourice, hazelnuts and a truffle like note.

The verdict: As I’d mentioned at the start of these notes that we’d never posted tasting notes yet it smelt and tasted familiar. Surely this was because of master distiller Billy Walker, who used to be the master distiller at one of our favourite distilleries: GlenDronach. This is a 15yo drop of liquid gold that is rather interesting and has quite a good balance. It has great depth in flavour but in my humble opinion lacks a little character. With a ABV of 46%, it doesn’t require any water to unlock the full plethora of notes on offer.

The GlenAllachie 15 Year Old Single Malt Scotch Whisky is available to purchase at any well-stocked whisky shop for approximately £60. For more information on this 15-year-old expression, visit theglenallachie.com