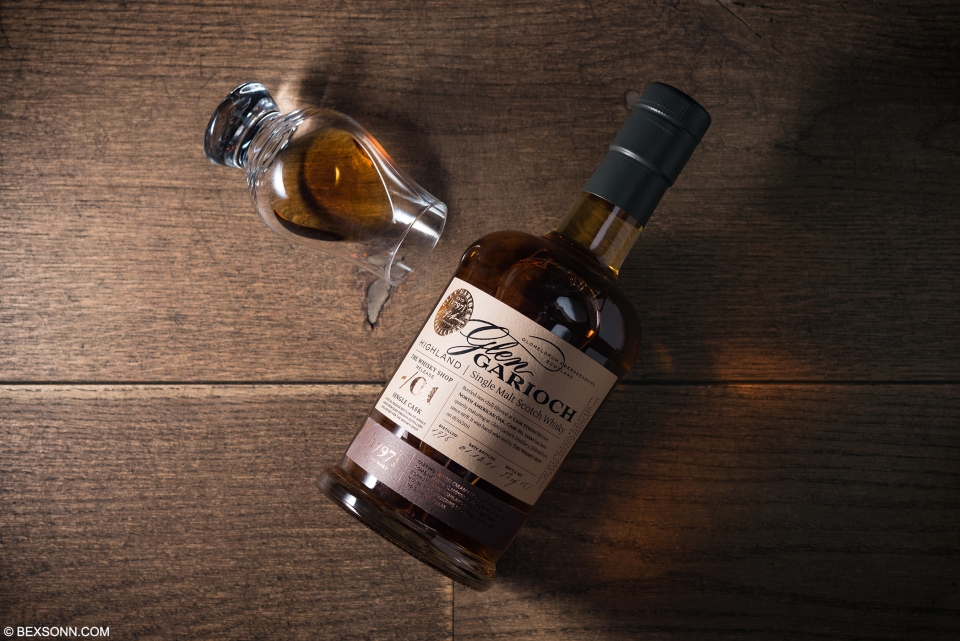 The last time we sampled Glen Garioch Scotch it came in the form of this non-age statement expression. However, this time round we are posting some tasting notes on another Glen Garioch expression that’s somewhat rather special. Three centuries old and still going strong, which is quite an achievement for a small Aberdeenshire distillery on the road between Banff and Aberdeen. Founded in 1797, the Glen Garioch (pronounced glen-geerie) distillery only started producing single malt in the early 1970’s. Glen Garioch was much more popular amongst blenders, which is what helped the distillery survive the long years between. This Glen Garioch expression is bottled at cask strength from North American Oak and has been quietly maturing at the distillery since 1978. This sophisticated expression was hand selected by The Whisky Shop in October 2011.

On the nose: you’ll experience sweet notes of dried fruits, vanilla and an abundance of peppery spices, cinnamon and oak. This is closely followed by notes of a nutty nature, herbs, tobacco and dark chocolate. Rounding off the nose are light notes of peaches, stem ginger, musk and a waft of demerara sugar. On the palate: it is a little dry in texture but those sweet notes of dried fruits are ever-present, followed by vanilla, tonnes of oak, toffee and dark chocolate. There is a lovely leathery note floating around in there, alongside tobacco, cinnamon, spices, almonds and a hint of liquorice. The finish: is long, sweet and peppery, with lingering oak.

The verdict: Glen Garioch have a long history of making top quality scotch, whether it is for their own needs or the need of others. This hand selected single cask Scotch whisky, as mentioned, is something rather special. It has a lot of rich flavours with a lot of depth that has been well-married and nicely balanced. While the ABV 51.7 percentage is quite high, to really get a grasp of the flavours you have to try it neat. However, after this I’d suggest adding small amounts of water until it’s just right for you.

This exclusive Glen Garioch 1978 Single Malt Scotch Whisky can be found in-store or online at The Whisky Shop for approximately £485.