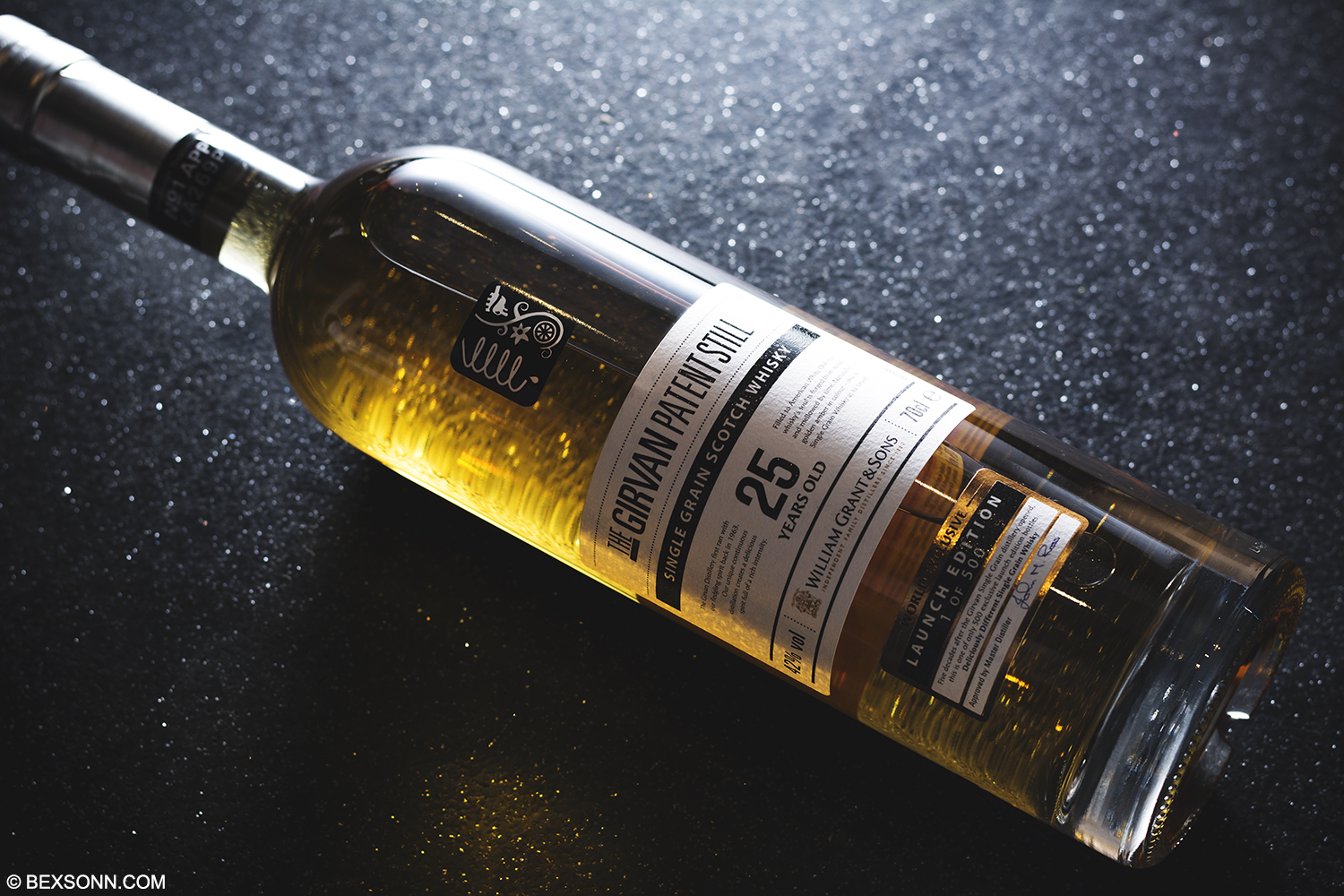 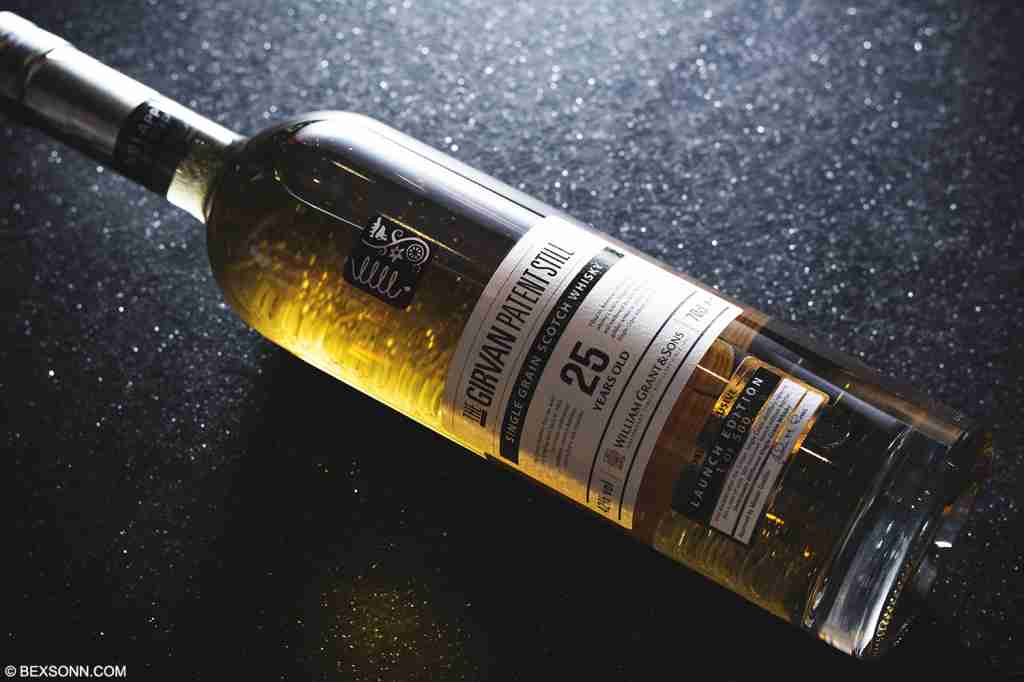 Girvan Patent Still 25 Year Old Single Grain Scotch: So far this year we’ve look at just one other single grain whisky: Haig Club but make no mistake this is in a completely different league. However, if you were not aware, grain whisky is usually used for blends and it just so happens Girvan grain is used in this sublime 25yo blended scotch we looked at last year. Known as “No. 1 Apps” simply because it was distilled in apparatus 1, which was built in 1963 under the stewardship of Charles Gordon, who was a whisky production pioneer and also the great-grandson of William Grant, founder of the Glenfiddich distillery. Grant’s took the decision to introduce a range of Single Grain whiskies from their Girvan distillery in Ayrshire. The first release is this UK exclusive 25-year-old that has been aged in ex-bourbon american white oak, which is sweet, fruity and surprisingly rather complex.

The verdict: Before this Girvan , I’d only tasted one other single grain scotch and admittedly I wasn’t overly impressed. As mentioned before, grain whisky is more notoriously used in blends but this Patent Still 25yo was a lot more complex than I expected. The notes were very distinct, consistent and balanced, with just the right amount of everything you’d expect from a 25yo single malt scotch. To take that peppery edge off of this drop I added a couple of drops of water, which allowed the whisky to breathe.