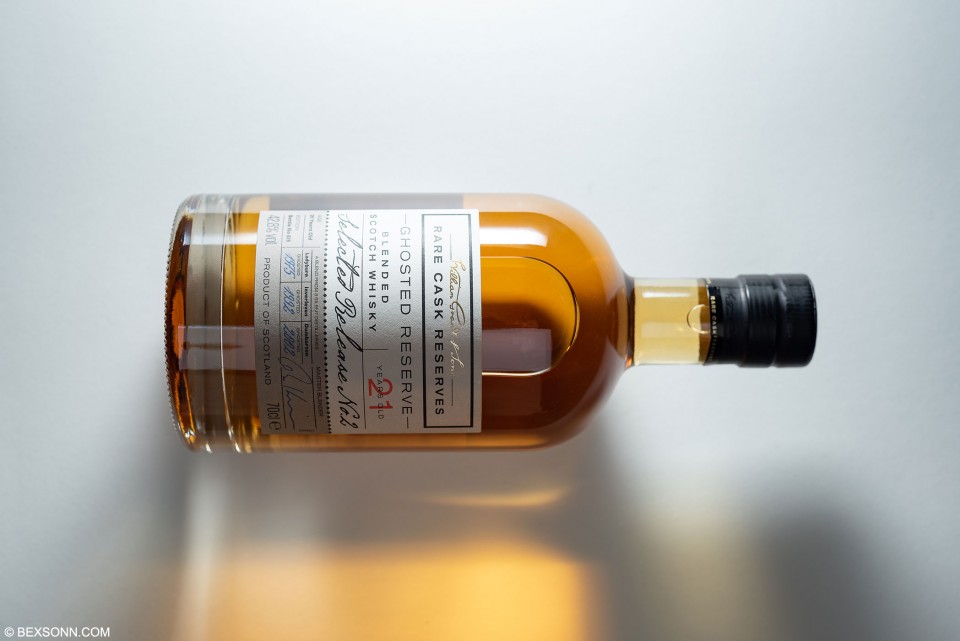 This is perhaps a dram that I’ve been waiting to taste for some time and only recently was I able to do so. The Ghosted Reserve is a limited edition bottling in the Rare Cask Reserves series, which is released by William Grant & Sons.  It is a blended malt.  This term refers to a whisky that is made from two or more single malts blended together.  In this case, there are three malts included, which are very rare as they come from the Inverleven, Ladyburn, Dumbarton ‘ghost’ distilleries, which have been closed for a significant length of time.  The Ghosted Reserve has been created by Brian Kinsman, the Master Blender at William Grant & Sons and as mentioned is made up of casks from three of the families distilleries: Inverleven, Ladyburn and Dumbarton.

On the nose: there is an inviting waft of tropical notes such as, coconuts, bananas and pineapple. These initial notes are followed by notes of a citrus nature, cinnamon, marzipan and some light smoky notes. The nose is nicely rounded-off by notes of black pepper, vanilla, some cardamom notes and a touch of butterscotch. On the palate: there is an initial taste of honey, some burnt brown sugar, vanilla and raisins. Some spicy notes start to emerge, as well as those tropical notes of coconut, pineapple and butterscotch. The palate is completed by notes of lemon zest, rum-soaked fruit cake, walnuts, oak and again that hint of smoke. The finish: medium, sweet with light lingering spicy notes and butterscotch.

The verdict: This Ghosted Reserve limited expressions has a some interesting but surprising welcomed notes, with lots of texture that leads to some sweet mixed fruit notes. The tropical nature of this dram is very enticing, with quite a bit of character and reminds somewhat of the Glenfiddich 26yo. Bottled at 42.8% ABV, it does required just a touch of water to unlock the full plethora of notes available on the nose and palate and a bit of patience.