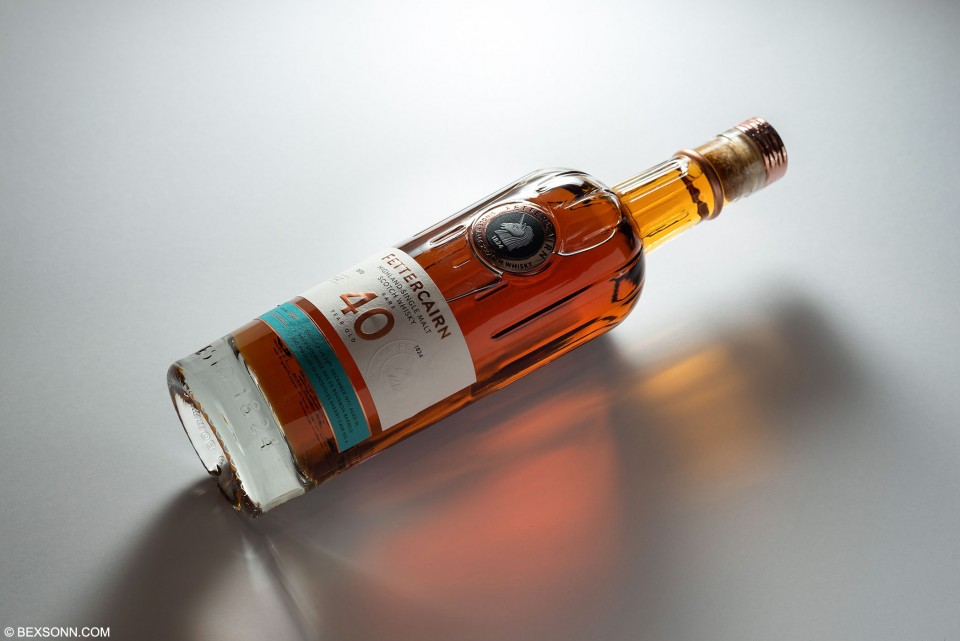 This is now the second time we are posting tasting notes on a drop of liquid gold from the Fettercairn distillery. As mentioned before, it is well-known that the northern flanks of the Grampians is full of distilleries, which spill down to the Spey, however, the southern slopes are somewhat depleted. Fettercairn stands as its sole survivor. The Fettercairn distillery was founded in the 1842, as a farm distillery on the Fasque Estate and was bought by one Sir John Gladstone and remained in family hands until 1939. It has been bought, sold and mothballed serval times, but today it is part of Whyte & Mackay. This 40-year-old expression is has been matured in American white oak ex-bourbon barrels and finished in Apostoles sherry casks and was distilled on 23rd December 1977. Bottled aged 40 years old at a strength of 48.9% abv, only 818 bottles have been produced.

On the nose: you’ll be welcomed by notes of raisins, sherry, plums and a helping of maple syrup. These initial notes are closely followed by aniseed, brown sugar, a light meaty note and black currants. Notes of all-spice, cinnamon and black pepper start to emerge. Completing the nose are notes of gingerbread, some green herbaceous notes and a sprig of rosemary and mint. On the palate: there is an initial flourish of raisins and sherry, followed by those notes of plums and maple syrup. Notes of black currants and liqourice start to appear, alongside notes of brown sugar, all-spice and cinnamon. Rounding-off the palate is a burst of lime zest, stem ginger, mint, a meaty note and some green herbs. The finish: is long, bittersweet, with orange peel, lingering currants and a hint of pepper.

The verdict: I think it is suffice to say that this dram from the Fettercairn distillery is not only different to the 28yo we posted tasting notes on a couple of weeks ago but also somewhat better in my humble opinion. The 40yo expression is a robust dram with tonnes of depth in flavour and a nice balance of sweet and spicy. With an ABV of 48.9%, it doesn’t require any water in my opinion. Though if you feel the need to, then do so until it’s just right for you.

Fettercairn 40 Year Old Single Malt Scotch Whisky can be picked up for approximately £3000 online or at any well-stocked whisky shop.

For more information on This 40-year-old expression, visit the official Fettercairn website.