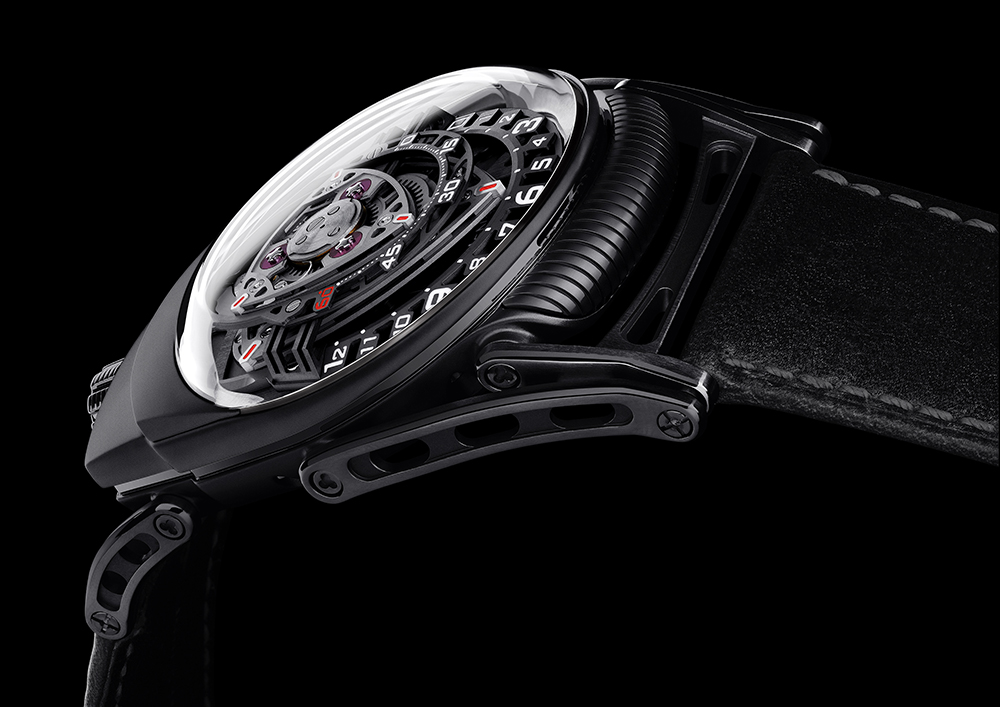 A few months back we did a review on the C3H5N3O9, which was released in 2012. This was of course the first time a project had been undertaken by two Haute Horlogerie watchmakers.  At the time no one knew how successful this venture would be.  It would seem it went quite well – as they’ve done it again and this time they’ve gone for black on black with the new Urwerk x MB&F Experiment ZR012 – making a very cool watch even cooler.  If this were a car on Top Gear’s cool wall, it’d have to go into the Sub-Zero category!

The new Black Experiment ZR012 still makes use of the movement which is based on the principle employed in a Wankel rotary engine. In principle it uses a sort of triangular engine rotor that moves in an unconventional pattern.  The Experiment takes two of these rotor style discs on top of one another to indicate the minutes and hours along linear paths.  Its a sort of Wankel sandwich with watch gears in the middle. While the movement design and asymmetrical zirconium case with articulated compound lugs are still the same – all of this has now been blackened with a coat of PVD.  It still employs the same basic concept Urwerk uses in most of their watches to show the time. The movement is still manually wound and still has a 39 hour power reserve. 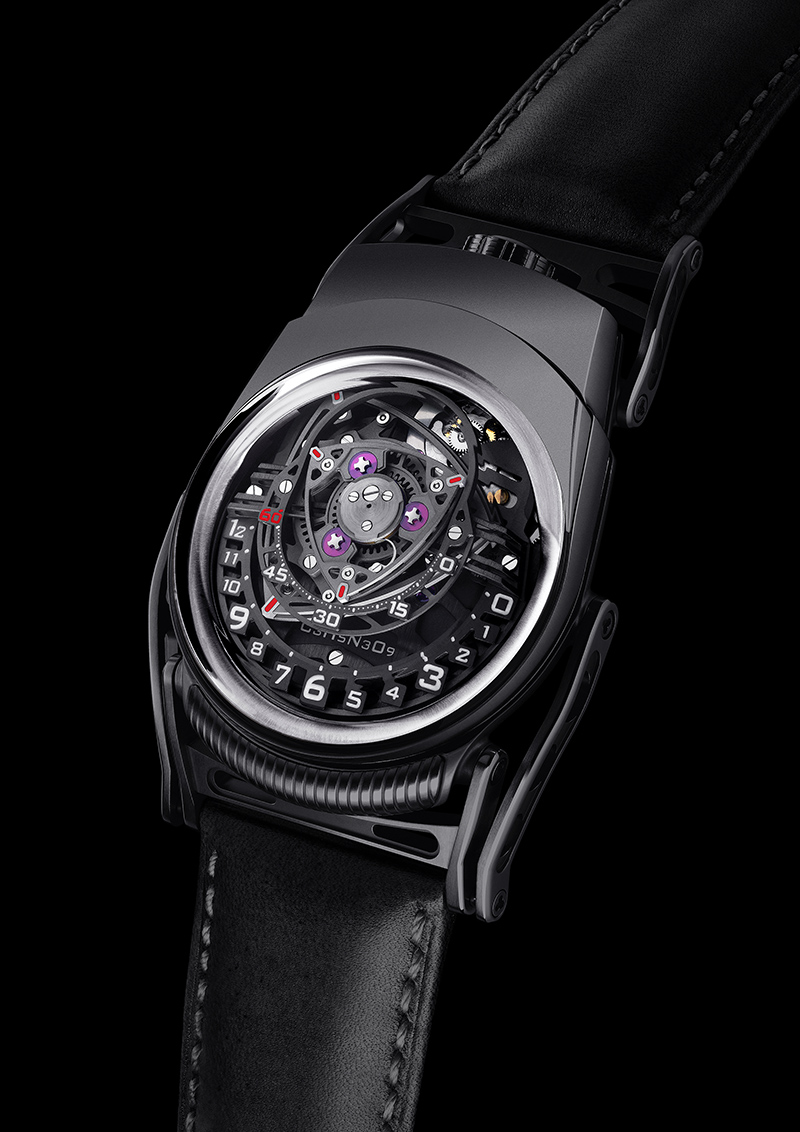 For more information on this timepiece, check out the official C3H5N3O9 website. 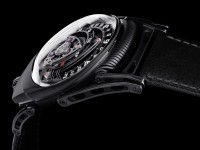 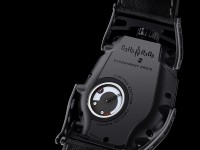 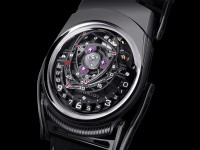 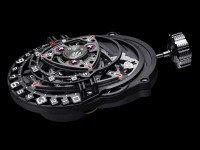