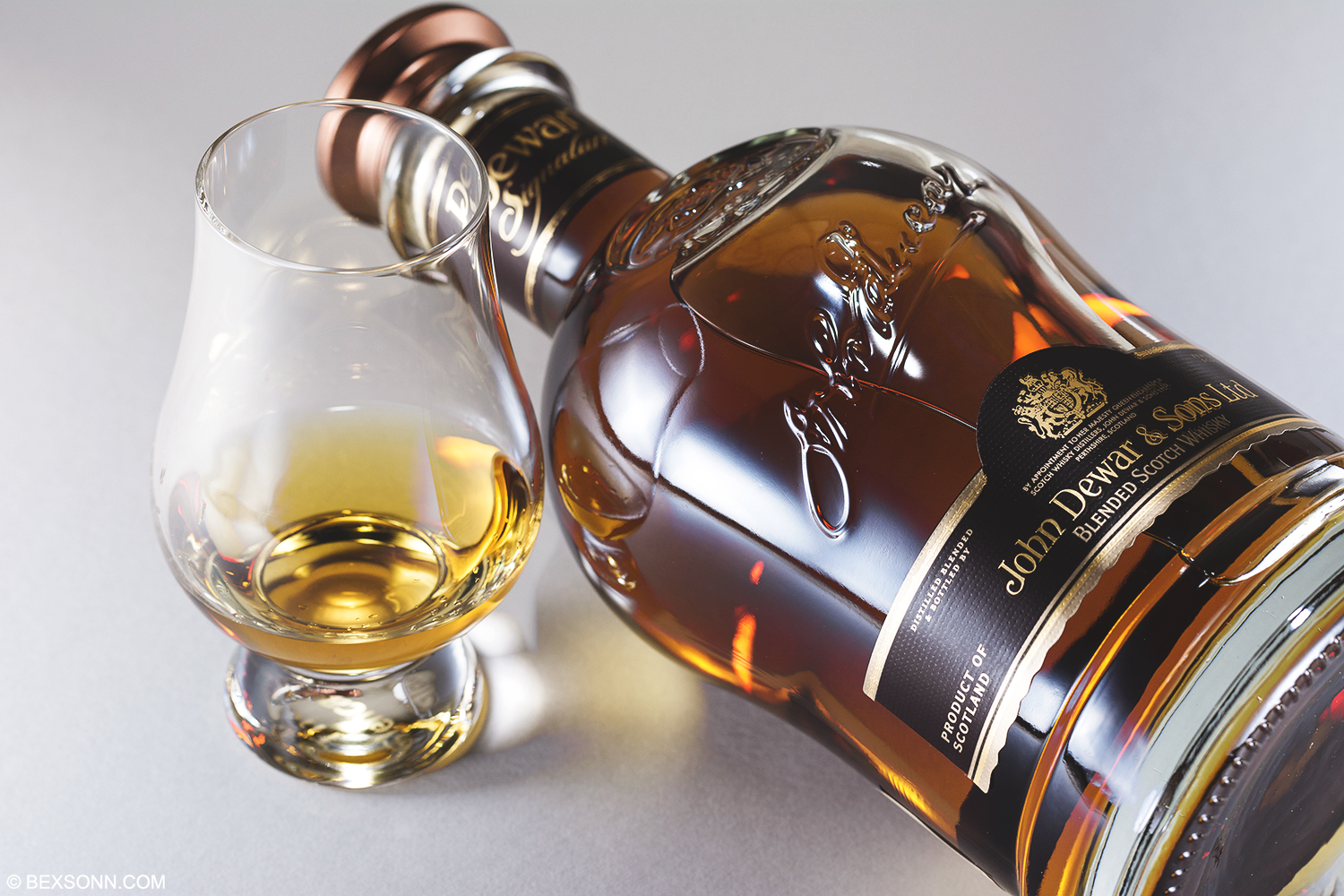 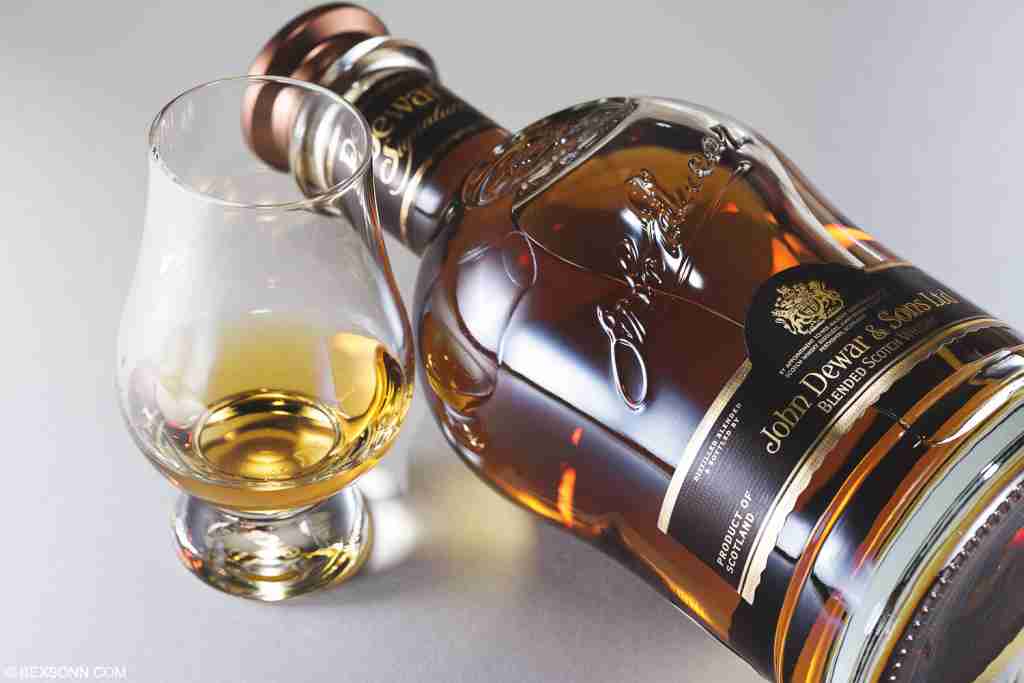 Dewar’s Signature Blended Scotch: Last year we looked at the 12 year old special reserve and the 18-year-old double aged – and we also enlightened you about how John Dewar came up with an ingenious plan to make sure Dewar’s Scotch Whisky was known around the world. In case you are unaware, Dewar’s pioneered their own double-aging process over a 100 years ago, by putting whisky back into butts after blending, to age it for a further 6 months for a smoother taste, fuller flavour and longer finish. The Signature also goes through this same double maturing process to make sure the notes are well-married.

On the nose: you’ll get a lovely waft of sweet honey and vanilla, followed by notes of citrus zest. These initial notes are closely followed up by butterscotch, cinnamon, lavender, raisins and a hint of fresh mint. The nose is completed by a slight meaty note, a touch of smoke and oak. On the palate: those notes of honey are ever present alongside the vanilla, which is more like vanilla ice cream on the palate. There is a beautiful undertone of lemon, followed by some warm butterscotch flavours, peppery cinnamon and fennel seed. Towards the end of the palate a hint of smoke and oak start to emerge. The finish: short – medium, smooth, creamy, with lingering smoke.

The verdict: A typical Dewar’s dram and one that is of course worthy of the Signature name. It’s smooth and very warming, with some delightful summery notes that are well-balanced. I would urge you to try it first without any water and only add a little if need be. I would also suggest once pouring, that you leave it to stand for at least 5 minutes to allow it to breathe. I personally found this yielded more notes and also evened out the dram.