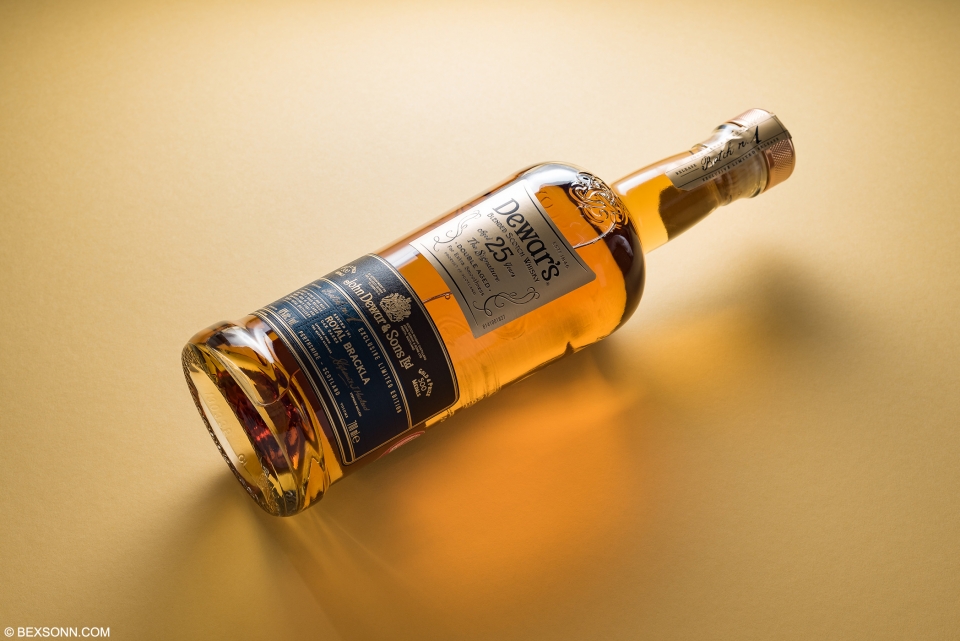 This September, Dewars announced a new expression. The new addition to the Dewar’s portfolio will succeed Dewar’s Signature (no-age statement) as a part of Dewar’s dedication and commitment to age statements across its premium range of blended Scotch whiskies. Dewar’s possess a vast cask inventory, with an intriguing array of fine aged malt and grain Scotch whiskies aged 25 years and older. Master Blender, Stephanie MacLeod individually sampled and assessed each cask before being choosing which ones would be used for this special drop. Once satisfied that she had a perfectly balanced flavour profile in the Dewar’s House Style, the specially selected casks were blended together and then filled into oak casks for an additional period of maturation, a process pioneered by Dewar’s, known as double-ageing, to add more depth and enriched smoothness. During this extra period of maturation, the disparate characters of the malts and grains are allowed to interact with one another and mellow further. In an extra step unique to the new 25-year-old expression, the whisky was then filled into a set of freshly disgorged Royal Brackla casks for an extra period of finishing.

On the nose: there is an initial waft of pineapples, bananas, coconuts, vanilla and sharp note of lemon zest. These are then followed by some greener, earthier notes, as well as some floral notes, star anise, cinnamon, rosemary, butterscotch, toffee, marzipan and a welcomed meaty aroma. The nose is rounded-off with notes of oranges, tobacco, a leathery note, raspberries and New York style cheesecake. On the palate: those notes of pineapple, butterscotch and vanilla are ever-present. There is lovely note in there that I can only describe as lemon meringue pie, followed by star anise, cardamom, hints of a meaty note and some background floral notes. Completing the palate are notes of milk chocolate, fresh green herbs and slight hint of walnuts. The finish: is medium, sweet, zesty, with lingering hints of mint and oranges.

The verdict: The result of this double-aged 25-year-old drop of liquid gold from Dewar’s is rather special. At first, this dram doesn’t give-up all of its secrets but after a little bit of time in the glass, the plethora of notes are unveiled. This 25yo Dewar’s is smooth, yet rich with some beautiful notes that just seem to keep unfolding with time. With an ABV of 40%, this is probably not a Scotch that I would add any water to but if you feel the need then only add in small quantities until it is just right for you.