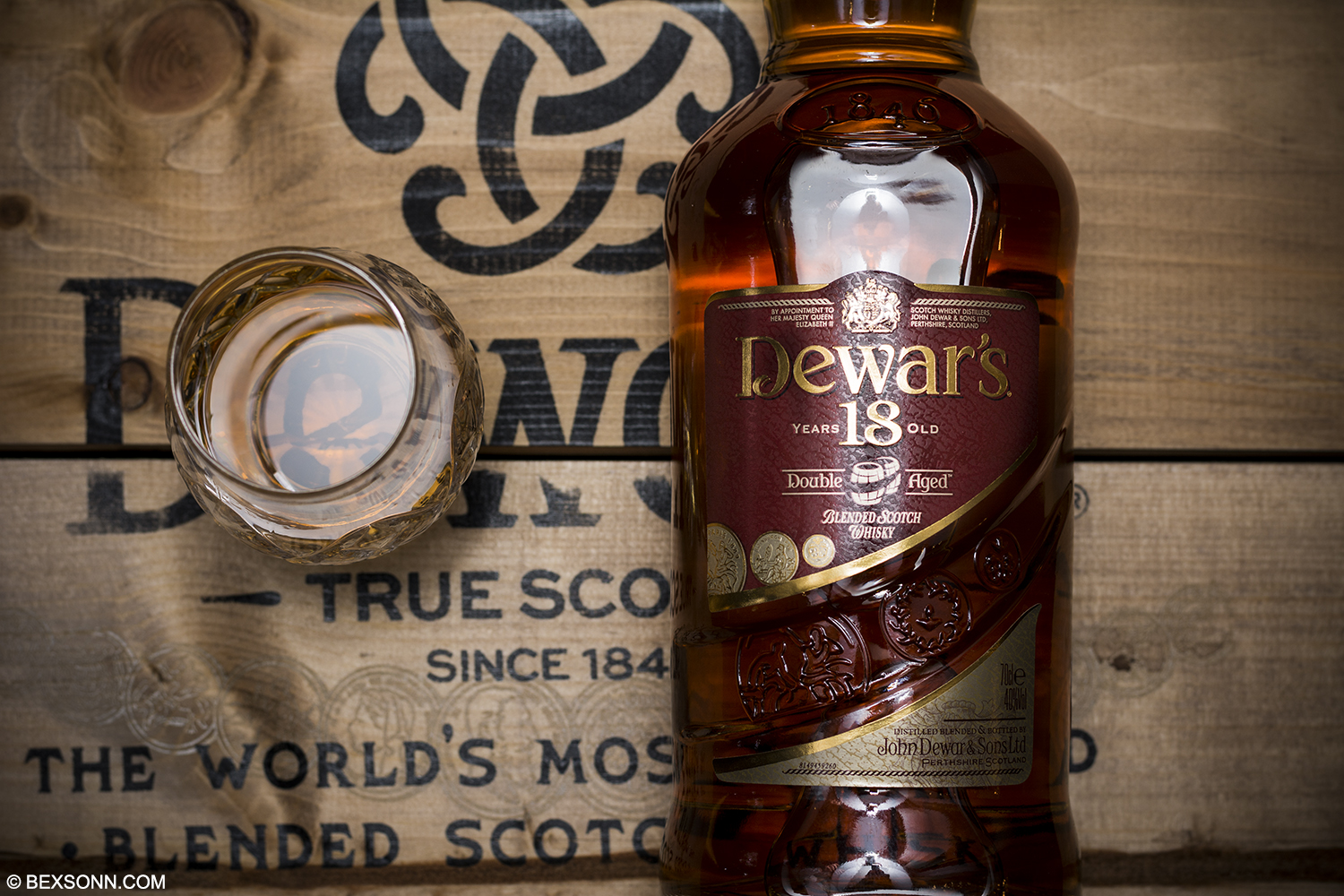 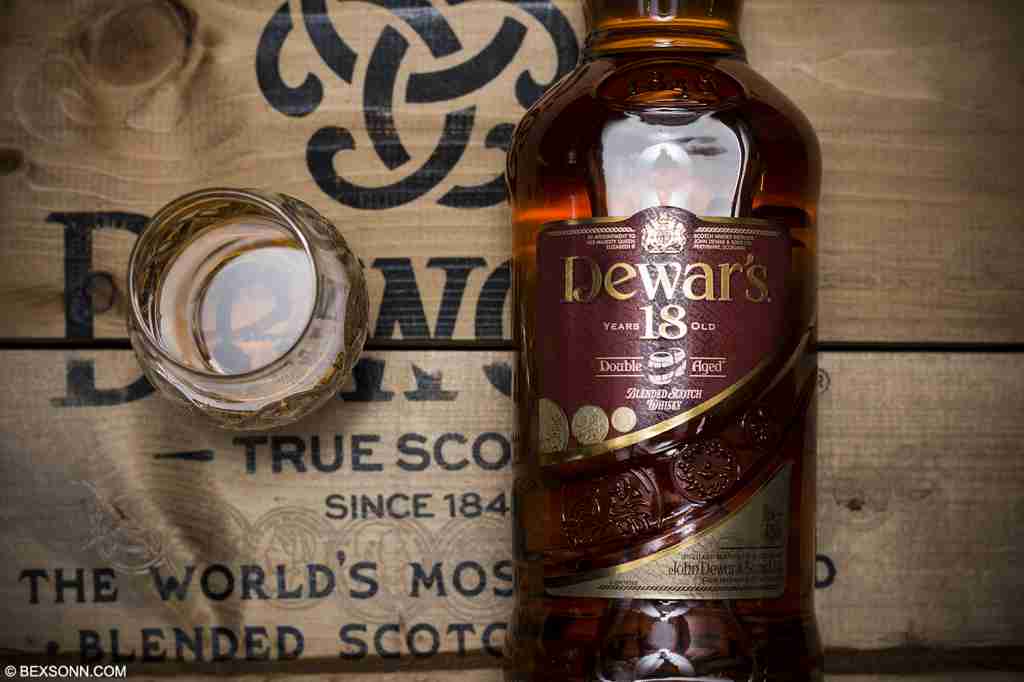 Dewar’s 18 Year Old Double Aged Blended Scotch: A couple of weeks ago we looked at the 12 year old special reserve and we also enlightened you as to how John Dewar came up with an ingenious plan to make sure Dewar’s Scotch Whisky was known around the world. If you are unaware, Dewar’s pioneered their own double-aging process over a 100 years ago, by putting whisky back into butts after blending, to age it for a further 6 months for a smoother taste, fuller flavour and longer finish. On the nose: again like the 12yo you’ll get a lovely waft of sweet honey, followed by notes of mixed currents. These initial notes are then closely followed by marzipan, vanilla and cloves. On palate: again like the 12yo those notes of honey are very present but then a lovely note of almonds kicks in. Those vanilla notes are present and have a nice creamy texture to them, followed by some warm butterscotch flavours and surprisingly, peat! The finish: is undoubtedly smooth, with a hints of almond biscuits, lingering rich oak and peat.

The verdict: Again, like the 12yo a very consistent dram, most definitely worth the money. Some interesting notes coupled with a subtle yet very comforting finish. I would urge you to try it first without any water and only add a little if need be. I would also suggest once pouring, that you leave it to stand for at least 5 – 10 minutes to allow it to breathe.