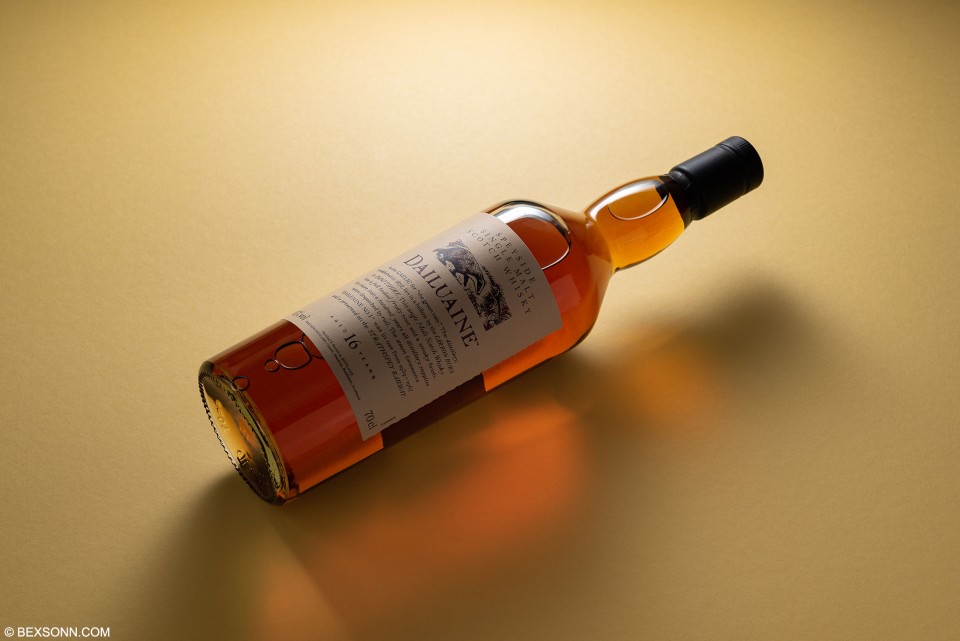 United Distillers started the F&F series in 1992 consisting of 26 different single malts. Originally the range did not have a name. However the late whisky writer Michael Jackson nicknamed it the “Flora and Fauna” because of the various depictions on the labels. The name has stuck, and is known worldwide as Flora and Fauna. Built in 1851 by William Mackenzie, in the small wooded glen at the northern end of Ballindalloch Estate from Cragganmore, the Dailuaine distillery has seen its fair share of rebuilding, most notably after it was destroyed by a fire in 1917. Dailuaine was always designed to be a blending whisky and wasn’t bottled as a single malt by its owners until 1991. As mentioned, this expression was bottled by United Distillers (now known as Diageo) as part of a series of single malts. This 16-year-old expression has been aged exclusively in sherry oak casks, which suits their style of new-make spirit. Dailuaine is known for being rich with dried fruits, moist with sherry, with an unctuous texture and full-bodied.

On the nose: you’ll be welcomed by notes rich notes of currants and dried fruit, followed by cinnamon, star anise, toffee and liqourice. Notes of poached pears and subtle spices start to emerge, followed by bitter dark chocolate, a meaty note and christmas pudding-like note. Completing the nose are notes of brown sugar, lime zest, Brazilian Vitoria grapes, candy floss, cherry drops and sanguinello oranges. On the palate: those rich currants and dried fruit notes are ever-present, alongside cinnamon, spices, star anise, aniseed and smoke. Notes of candy sticks start to appear, followed by almonds, dark chocolate, stem ginger and a meaty note. Rounding-off the palate are notes of stewed berries, plums, a hint of a tropical note and a suggestion of black truffle. The finish: is long, sweet with currants, spicy with lingering smoke and tannic notes.

The verdict: This isn’t the first time with tried drops of liquid gold from the Flora & Fauna range, however, it is the first time we’ve posted tasting notes on them. This 16yo Dailuaine is a delicious from nose to palate, with some unexpected notes of smoke. It packs a powerful punch of dark fruity notes, which is rather nicely balanced. With an ABV of 43%, it doesn’t require any water in my opinion. Though if you feel the need to, then do so until it’s just right for you.

Dailuaine 16 Year Old Single Malt Scotch Whisky from the Flora & Fauna range can be found  for approximately £60 online or in some specialist whisky shops.