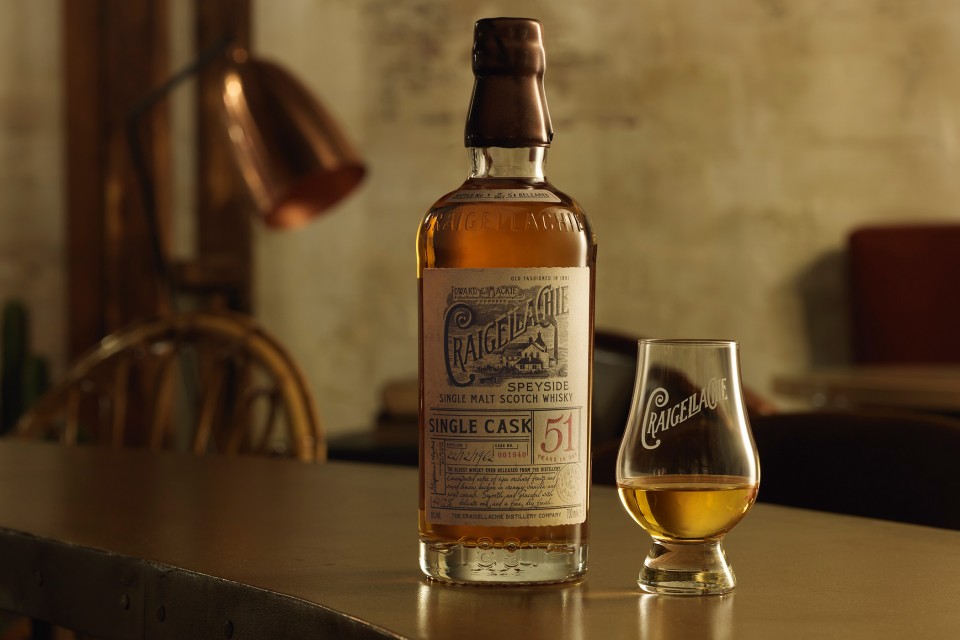 Few weeks ago Craigellachie launched their most uncollectible whisky to date! We’ve looked at the 13yo, 17yo, 23yo and 31-year-old expressions from the Craigellachie distillery, and as mentioned before, Craigellachie, like most distilleries, had spent its life providing fillings for blends. This isn’t unusual. After all, 90% of the Scotch whisky sold globally is blended. Malt distilleries, by and large, exist to provide liquid for those blends. However, this doesn’t mean  that the whiskies they produce are inferior to those who have gained fame as single malt brands. Whilst sampling these Scotches I’ve always made reference to their meaty, full-bodied notes with a hint of sulphur and this in fact is due to the worm tubs used. This is actually an old-fashioned way of condensing alcohol vapour back into liquid form of scotch, not many distilleries use this method today and still believe this lends more character to the whisky, making Craigellechie even more unique.

As mentioned, they launched their most uncollectible whisky recently; a 51-year-old expression that wasn’t bottled in some fancy decanter and had a high price tag slapped on it. What Craigellachie decided instead was to give the whisky away to lucky entrants of their online ballot (Bar 51) – which is still up and running by the way. Global Ambassador Georgie Bell commented saying: “We wanted to do the unthinkable. We wanted to make a typically collectable Scotch more accessible.” She also added: “We want to give as many people as we can, the chance to try this incredible whisky, because how often does a whisky of this age and calibre actually get tasted?” Luckily for us, we one of few people who got to sample this rare whisky on day one!

On the nose: you’ll get a waft of signature sweet Craigellachie pineapple, poached pears, banana candy, coconut, candy sticks and subtle hint of vanilla. These initial notes are closely followed by notes of caramel, freshly baked cinnamon rolls, subtle spices, star anise, notes of Madeira cake, a warming buttery and salty note. Rounding-off the nose are notes of incense, lavender, milk chocolate and toasted oats. On the palate: those sweet pineapple notes will hit you, along with some raisins. This is closely followed by notes of pear, a welcomed waxy note, that signature Craigellachie meaty note and vanilla. A slight bitter note of liquorice starts to emerge, followed by that candy note, banana, a light floral note and lemon zest. Completing the palate are notes of oak, toasted oats, coffee, green herbs and a light musky note. The finish: is medium, sweet,  waxy, some light spices, with some lingering zesty and meaty notes.

The verdict: When I first heard about this 51-year-old expression from Craigellachie and what they would be doing with it, I was very impressed. However, the only thing that I was slightly skeptical about was the ABV of 40.3%, yup – just on the cusp of being allowed to be legally called whisky. That said, the depth in flavour is sublime featuring Craigellachie’s signature style but with a bit more oomph!

Bar 51 will debut in London before travelling to Australia, South Africa and the U.S throughout the next year. For more information on this 51-year-old expression and the popups, visit the official Craigellachie website.