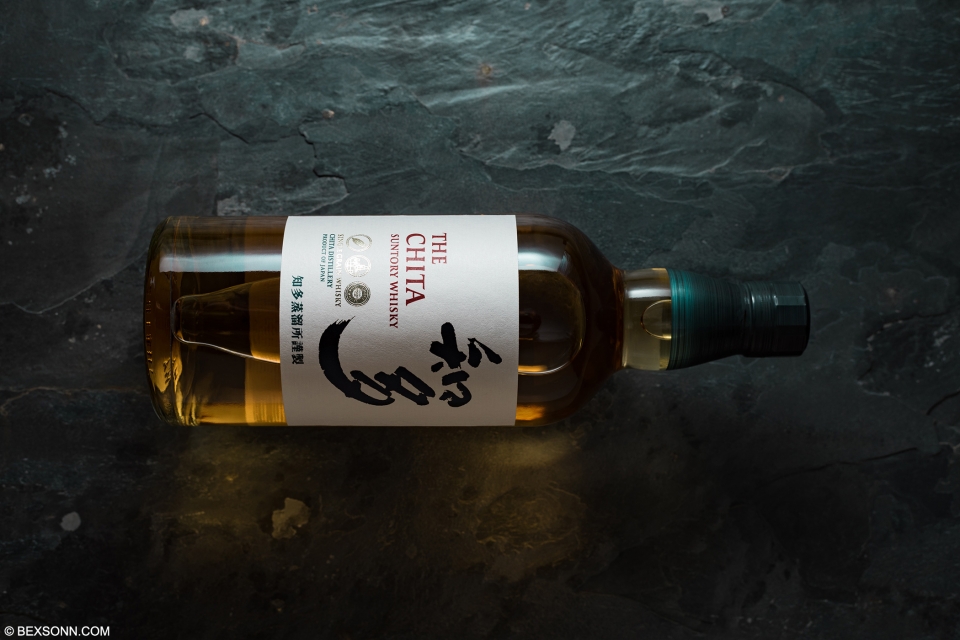 We’ve posted a lot of tasting notes on Japanese whisky and even the change in perception it has had on the consumer. However, that was only highlighting single malt Japanese. Grain whisky has been around for many years; in the past it was mainly used in blends but a lot of that has changed, more of it is now being used to produce single grain whiskies. In 1972, on the shores of Chita Peninsula, Keizo Saji – Suntory’s second Master Blender – built a distillery dedicated to creating the highest quality Japanese grain whisky. Chita grain whiskies have traditionally been used as the “dashi” or broth that enhances the harmony of Suntory blends. Through continuous research and innovation, Chita’s grain whiskies have achieved a level of complexity that lets them finally take centre stage. While Chita Single Grain has been available for some time, this July it officially hit the UK shores.

On the nose: you’ll get a lovely waft of oranges, lemon zest, toffee, cinnamon and vanilla. These initial notes are followed by notes of strawberries, crème brûlée and honey. More notes start to emerge in the form of cardamom, lychees, lavender and some subtle spices. Rounding-off the nose are notes of raspberries, rose-water, oats, candy and bergamot. The On the palate: those notes of honey, vanilla and evident but there is also a lovely creamy note, alongside a hint of lemongrass and cinnamon. Flavours of liquorice start to appear, as well as those cardamom notes and hints bergamot. The palate is completed with notes of elderflower, burnt brown sugar, light spices and hint of white pepper. The finish: is medium, smooth and bittersweet, with lingering notes of crème brûlée and white pepper.

The verdict: It’s no secret that Japanese whisky is in high demand now and it is also no secret that single grain whisky has also risen in popularity. For the most part, single grain whisky is brilliant as a base for cocktails. However, this single grain also tastes great by itself and makes a perfect, easy-to-sip summer dram. It may not have tonnes of depth in flavour but it is a nicely balanced dram, with enough about it to keep you intrigued. Bottled at 43% ABV, in my opinion, I don’t believe there is any need to add water, however, do so if required.

Suntory Chita Single Grain Japanese Whisky, can be found online at or in-store at well-stock retailers for approximately £55