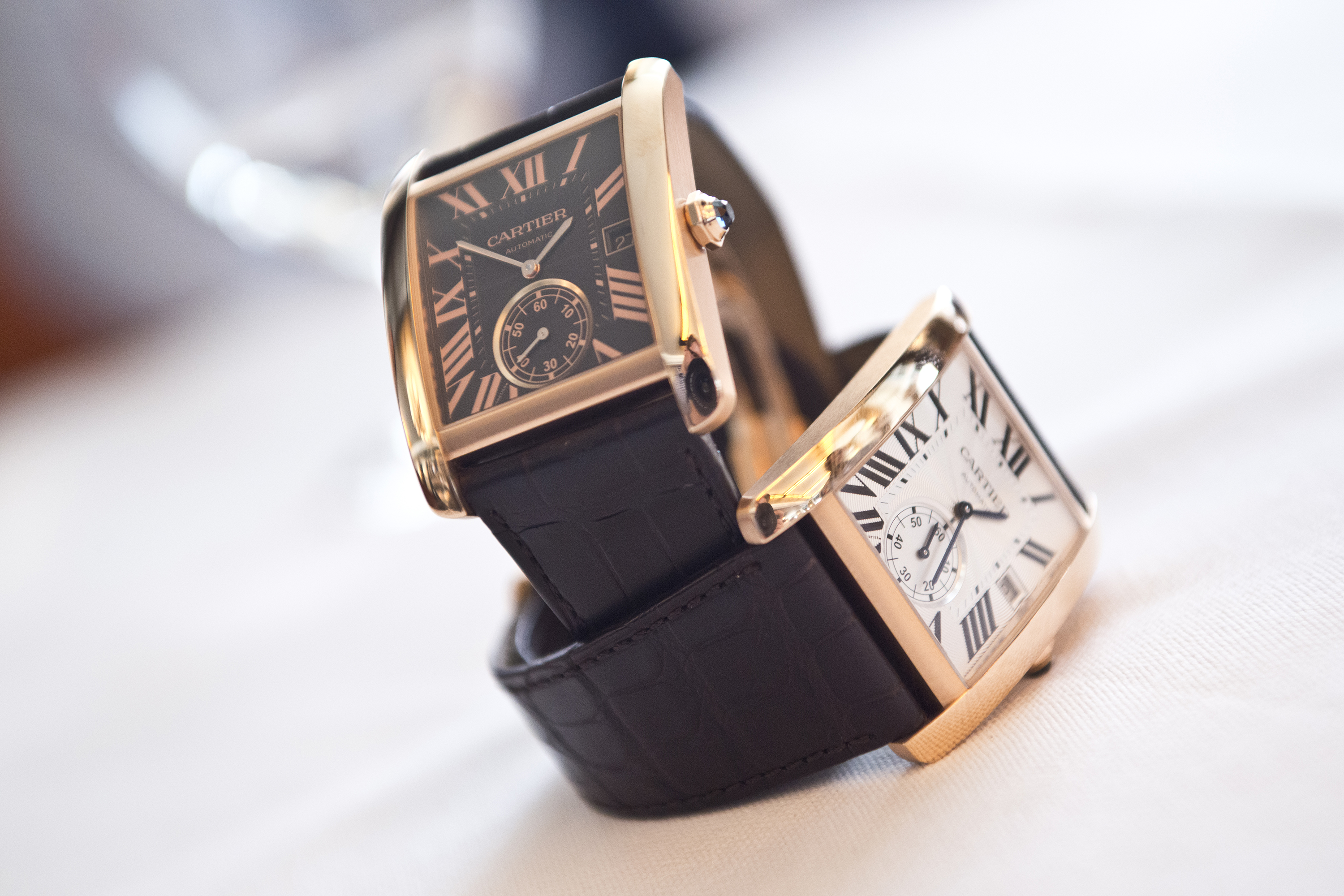 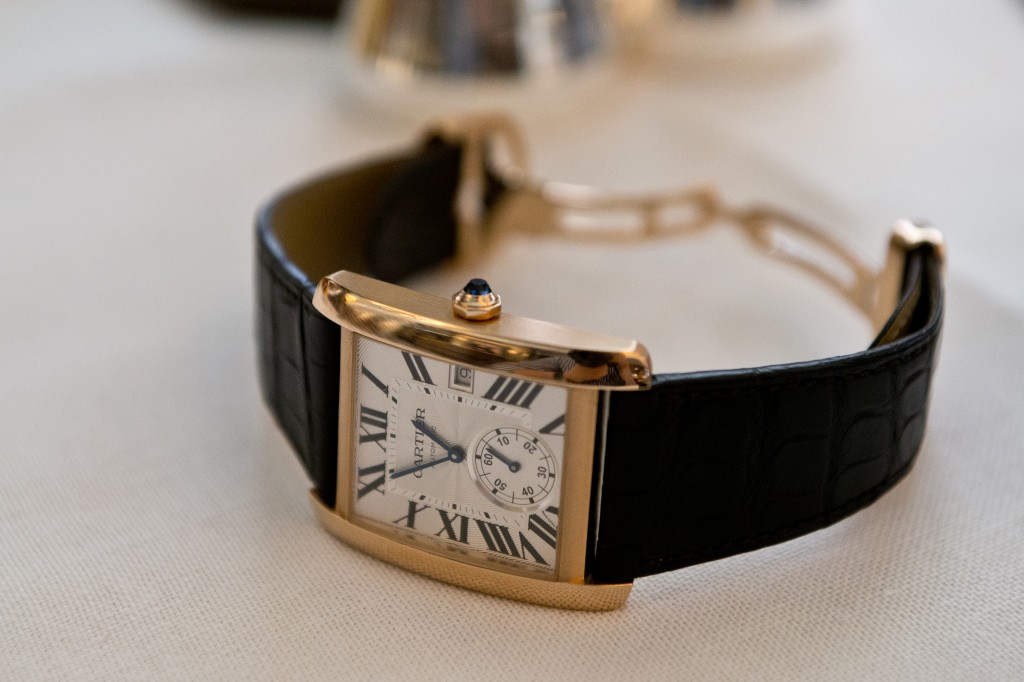 Cartier Tank MC: Cartier have recently released a new Tank, aptly name the Tank MC. “MC” stands for “Manufacture Cartier”, hinting on the fact it has an in-house movement.

I actually remember the first time I saw a Cartier Tank, I must have been about 11 or 12 and my Uncle just happened to have one. Where it is now, I have no idea. But, I do remember how he was so very protective of it. Thinking about it now, it was probably because he didn’t want some kids grubby little hands on it…?

Well, this new Cartier Tank MC is, in my opinion absolutely gorgeous (I know, I use that word way too much). Cartier have now finally produced an in-house calibre for the iconic Tank. The MC is equipped with the 1904 MC-PS automatic movement. 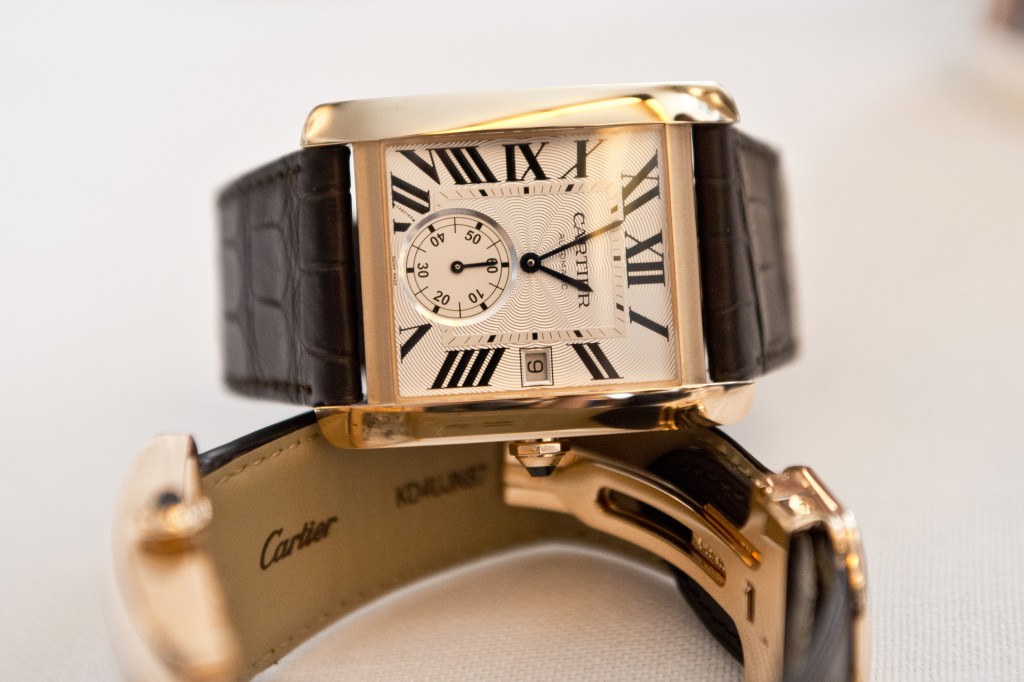 The new Tank MC features a date window and a seconds sub-dial indicator at 6 o’clock. The dial still has the classic Cartier look and feel to it, with a guilloché centre and sword hands. This new 1904 MC-PS movement is apparently supposed to be Cartier’s workhouse, which will be used in other complications? The Tank MC has a power reserve of 48-hours, thanks in large part to the twin barrels, giving it that extra oomph!

Available in either rose gold or stainless steel, the case is 44mm x 34.3mm at a thickness of 9.5mm; giving the new Cartier Tank MC presence on your wrist but not too much so that it overwhelms your Suit & Tie appearance. It has an open case-back so you can see the 1904 MC-PS movement, which as you may well be aware I find a bit of a novelty. There will be several dial versions available; silver or black for the steel and silver or chocolate for the rose gold. 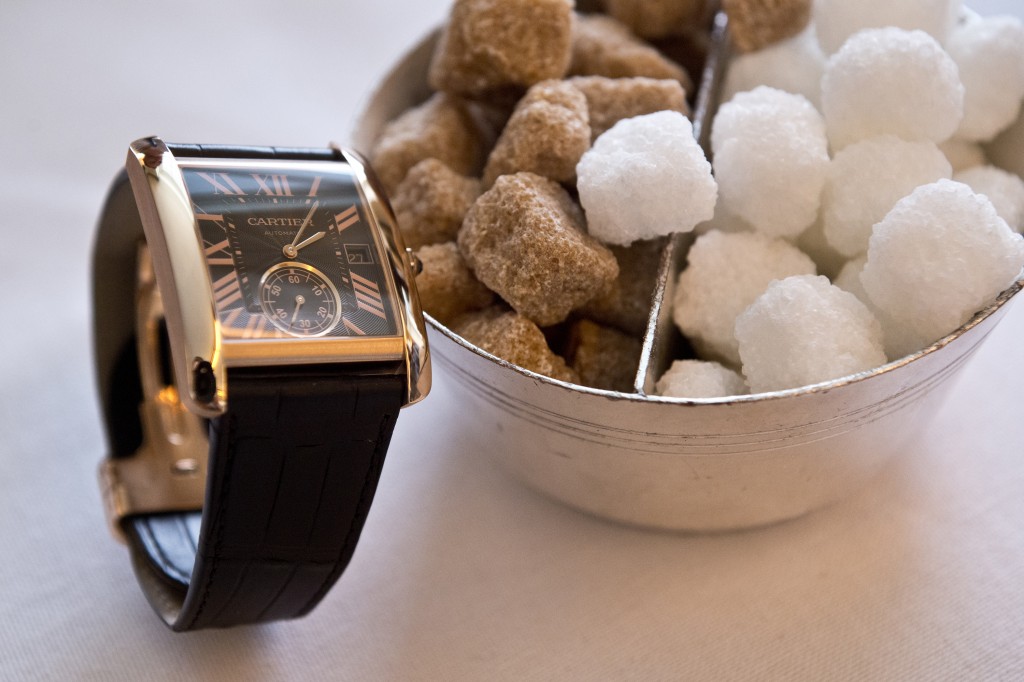 In my humble opinion with starting prices at just £4,500 for an in-house movement from Cartier, the new Tank MC is excellent value for money – albeit it’s their entry-level timepiece. But for this, you’ll be getting the first traditional Cartier case-style to use the 1904 MC movement – which was only before available for the more modern Cailbre de Cartier.

The new Cartier Tank MC won’t be officially available until September, so if you’re in the market for a nouveau-classic timepiece be sure to keep your eyes peeled to the official Cartier website.