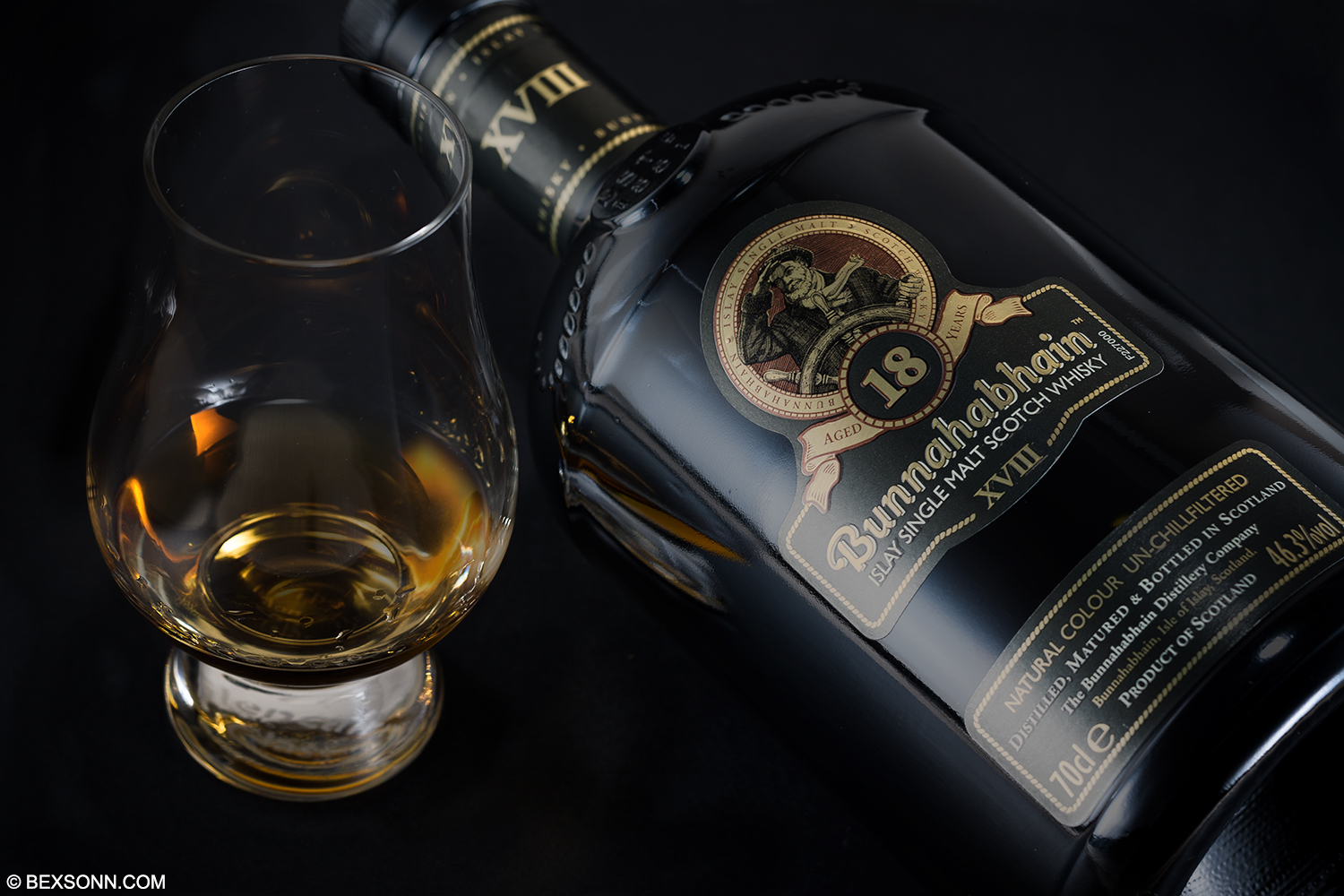 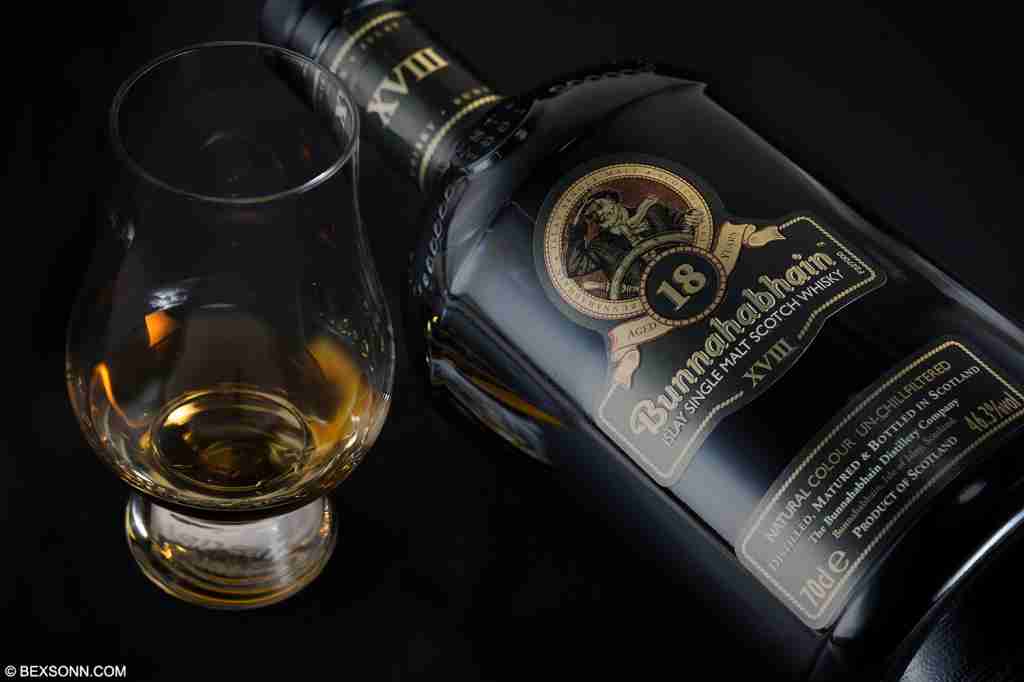 Bunnahabhain 18 Year Old Islay Single Malt Scotch: Bunnahabhain has been part of the island’s (Islay) history since 1881, located in a village on the northeast coast of the isle of Islay, which is in the Argyll and Bute area of Scotland. Bunnahabhain’s 18-year-old whisky isn’t new but now that they’ve moved to only un-chilled filtration, this intensifies the texture and flavours giving you a more authentic dram. But not only that, it also increases the strength of this particular Scotch to 46.3%. On the nose: you’ll get a warm, inviting waft of sherry and toffee, with some light liquorice notes and butterscotch. This is then followed by cinnamon, nutmeg, some light vanilla notes, cloves and a very slight hint of oak. On the palate: you get the warm, intense notes of butterscotch coupled with those sherry notes first nosed. These notes are followed by sweet honey, vanilla, toffee and a touch of peat. Those cinnamon, nutmeg and clove spices start to emerge, with a hint of saltiness. The finish: is medium to long, that is sherry like in sweetness , with lingering salt and peat.

The verdict: I like a well-balanced peaty whisky and knew there would be some kicking around in this Scotch. However, what surprised me was how warmingly sweet it was but yet still had the perfect balance that made my taste buds tingle and still had room for peaty undertones. Definitely a whisky that doesn’t really need any water but if you want to unlock the plethora of notes available, then only add a few drops. I found when left to sit for around 10 minutes this allowed the whisky to breathe enough to widen the available notes.