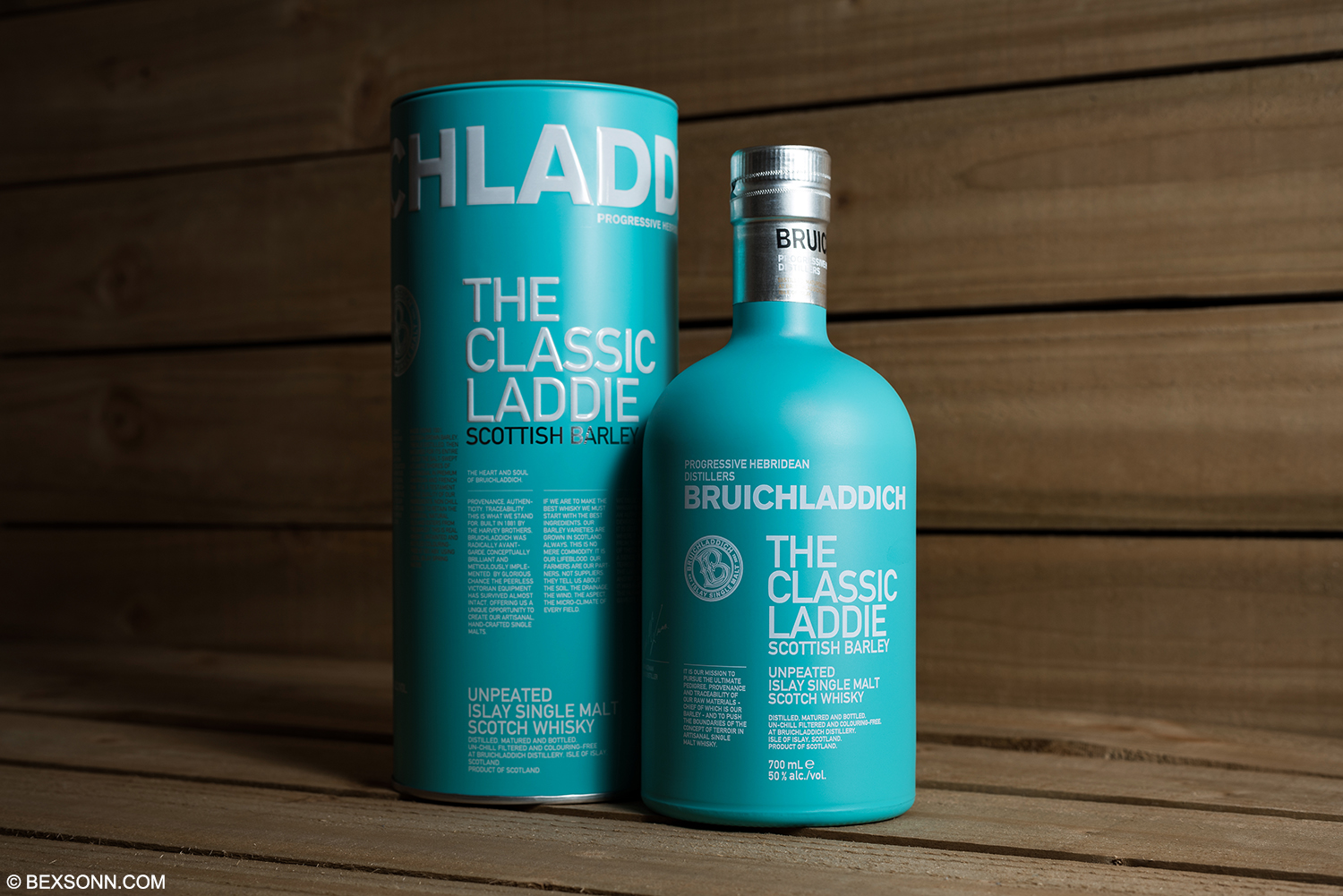 Bruichladdich Classic Laddie: Ever since 2000, Bruichladdich have enjoyed somewhat of a renaissance. Built in 1881, by the Harvery Brother’s, Bruichladdich was a purpose-built distillery but it has seen quite a lot of change of ownership and was even mothballed during some very testing times. During the past decade the distillery had only operated part-time with periods of complete closure. But under new ownership and head distiller, Jim McEwan at the helm, together they’ve put the heart and soul back into Bruichladdich. This non-age-statement, entry-level, Bruichladdich is made using 100 percent Scottish-grown barley, which is aged in American and French oak. While, Bruichladdich are based in Islay, this scotch is unpeated.

On the nose: is a rich, warm, inviting note of butterscotch, honey, vanilla, toffee and barley. This is nicely followed by oats, almonds, green herbs but perhaps more specifically thyme. After a few swirls notes of aniseed, spices, marzipan, fudge and aromas of a citrus nature start to emerge.  Rounding off the nose are gentle notes of apples, rhubarb and sea salt. On the palate: those sweet notes of fudge are predominant, though it is rather dry and much spicier on the palate. Notes of cinnamon, oat biscuits and butterscotch follow these initial notes on the palate. After a second mouthful, more herbaceous notes start to appear followed by liquorice, a hint of lemon, red apples, pears and a menthol note. The finish: is long, spicy, peppery, with lingering herbs and oak.

The verdict: This Bruichladdich Classic Laddie Scottish barley is a rather interesting experience. I’ve tasted unpeated Islay malts before but this Classic Laddie takes a while before it starts to come alive and in fact needs a little encouragement with water. However after this, its a much easier and more balanced dram that has a few unexpected notes. With a ABV of 50%, In my opinion, I suggest you add some water until it’s just right for you.