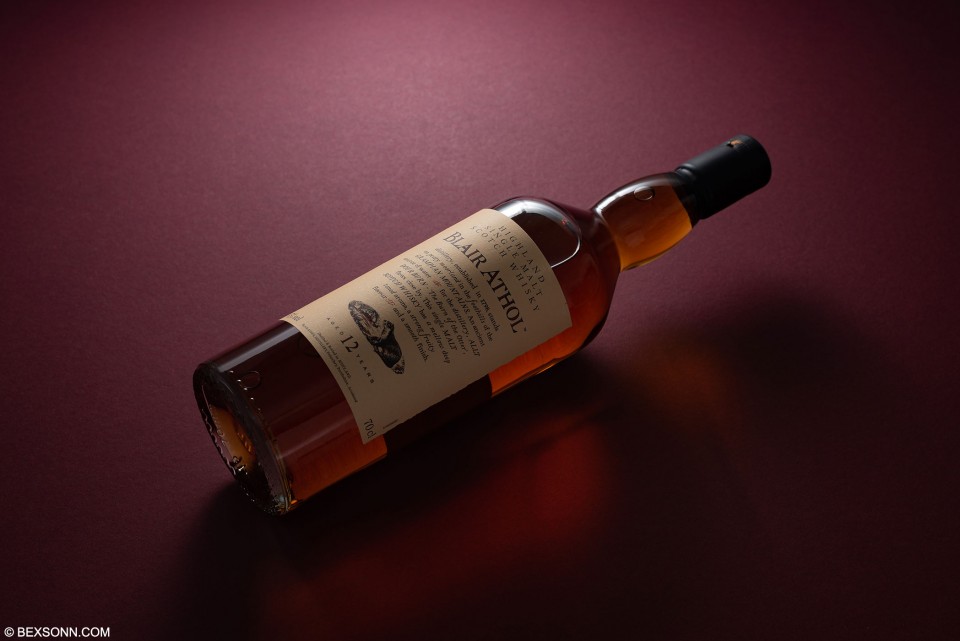 United Distillers started the F&F series in 1992 consisting of 26 different single malts. Originally the range did not have a name. However the late whisky writer Michael Jackson nicknamed it the “Flora and Fauna” because of the various depictions on the labels. The name has stuck, and is known worldwide as Flora and Fauna. Founded in 1798 under the name Aldour, which was then changed to Blair Athol in 1825 when it was rebuilt and expanded. In 1882, the distillery was bought and extended by Peter Mackenzie & Co. However, it was mothballed between 1932 & 1949, before it was tastefully restored by Arthur Bell & Son, who further expanded the distillery to great success. Though this success came at a cost and in 1985 the distillery was subject to a hostile take-over by Guinness plc, not long after becoming a part of U.D (Diageo).

On the nose: you’ll be welcomed by notes of dried fruits, vanilla, rhubarb & custard and boiled sweets. These initial notes are closely followed by spices such as star anise, turmeric and ginger, as well as a bitter aniseed note. Notes of lemon zest, toffee start to emerge, alongside green herbs and a grassy/earthy note. Completing the nose are note of white pepper, a hint of marzipan, orange marmalade and old leather bound books. On the palate: those notes of dried fruits and boiled sweets are ever-present, alongside smoke, white pepper and rhubarb & custard. Spicy notes of cinnamon, aniseed start to appear, as well as those green herbaceous notes. Rounding-off the palate are notes of old leather, coffee, orange peel, hazelnuts, a waxy note and cream texture. The finish: is long, spicy and zesty, with lingering smoke and green herbs.

The verdict: This isn’t the first time we’ve tried drops of liquid gold from the Flora & Fauna range, last time we posted tasting notes on the 15yo Benrinnes expression. This 12yo Blair Athol is a delicious from nose to palate, with some unexpected notes of smoke but does need a little time to open up. It packs a powerful punch of dark fruity notes, which is rather nicely balanced. With an ABV of 43%, it doesn’t require any water in my opinion. Though if you feel the need to, then do so until it’s just right for you.

Blair Athol 12 Year Old Single Malt Scotch Whisky from the Flora & Fauna range can be found  for approximately £35 online or in some specialist whisky shops.