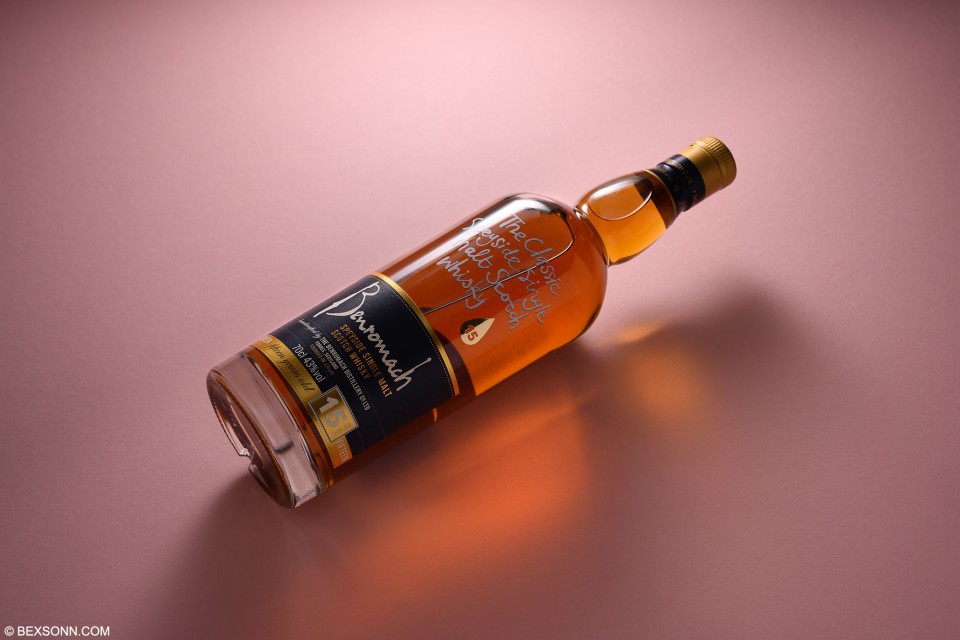 Benromach has something of a chequered past but this tough period is now behind them. The Benromach distillery was founded in 1898 by one Duncan MacCallum and F.W. Brickmann. However, Benromach didn’t go into production until 1909. Between 1909 and 1990s it was mothballed many times before it was lovingly refurbished by its new owners Gordon & Macphail, and ever since have been distilling great whisky. The distillers at Benromach orchestrate every step of the process, even hand-filling, hand-weighing and stamping each cask before it is stored for maturation. The 15-year-old expression follows on from the 10yo but the longer maturation softens its smokiness to hints of charred oak. The bourbon cask cultivates sweeter tones, while the sherry cask lends rich fruitier notes.

On the nose: there is a warm invitation of raisins, plums, fruitcake, vanilla and tonnes of smoke. These initial notes are closely followed by notes of star anise, cinnamon, pimento and hints of dark chocolate. Notes of honey, a meaty note and lemon zest start to emerge, as well as marzipan and toffee. Completing the nose are notes of nutty oak and a hint of tobacco leaf. On the palate: those nose there are notes of stewed dark fruits, raisins, plums and candy sticks. These notes are followed by notes of pimento, brown sugar, marzipan, butterscotch and smoke. Rounding-off the palate are notes of cocoa, cinnamon, all-spice, dates, walnuts and green herbs. The finish: is long, bittersweet and spicy, with lingering notes of oak and smoke.

The verdict: This multi-award winning 15-year-old Benromach aged in a mixture of bourbon and sherry casks, is something rather special. It has quite a bit of depth in flavour with some unexpected notes, as well as texture, which lends to the overall experience. The balance of fruitful, sweet flavours and the spicy smoky notes truly complement this drop. With an ABV of 43%, for me it doesn’t require any water. Though if you feel the need to, then do so until it’s just right for you.

This Benromach 15 Year Old Single Malt Scotch Whisky is exclusive to Travel Retail and can be purchased for approx. £60.

For more information on The Benromach , visit the official website.