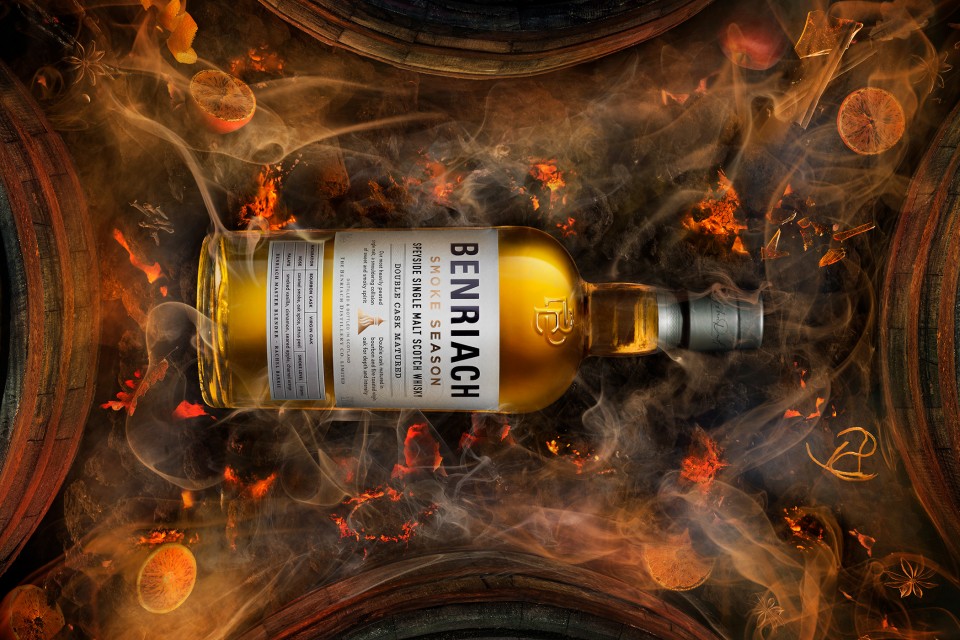 We’ve posted tasting notes on expressions form the Benriach distillery but over the summer they went through a bit of a rebranding, which also included a change the core range. Known for its long-standing tradition of distilling classic, peated and triple distilled whisky and a vast eclectic cask inventory sourced from around the world, the portfolio has been artistically crafted by Master Blender Dr. Rachel Barrie and her team.

Smoky whiskies are not traditionally associated with Speyside, but look back through its distilleries’ archives and it’s clear that heavily peated single malts were the preferred palate of the region back in the 19th century. 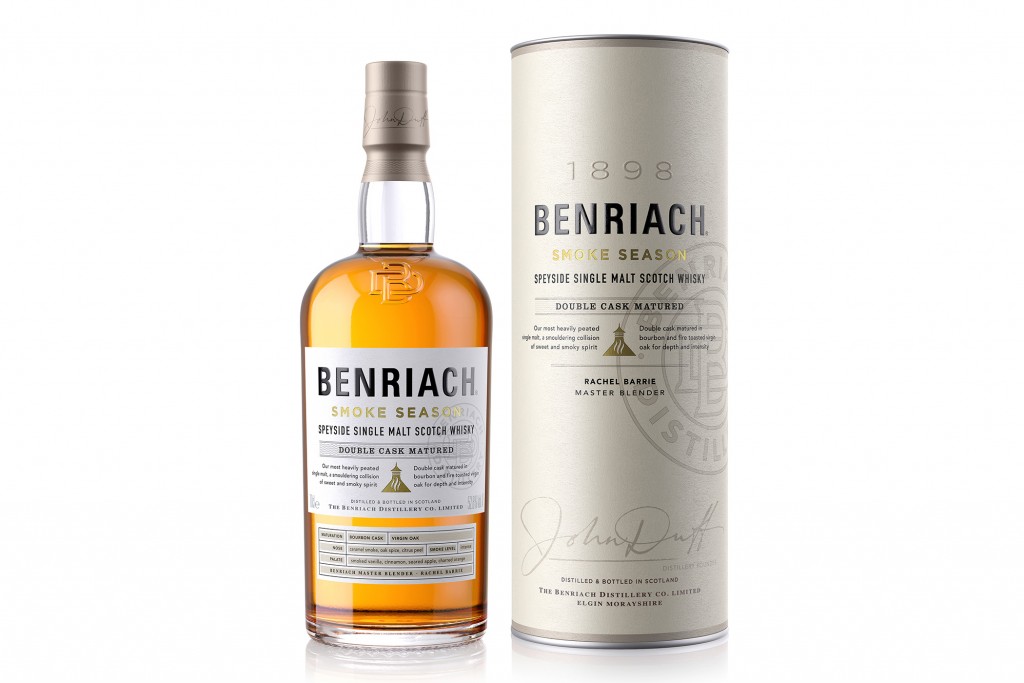 This year Benriach has decided to release a brand new expression, Smoke Season, to add to its recently revamped portfolio. Celebrating the time of year where peated spirit runs through its stills, a tradition revived by the distillery over 50 years ago, Smoke Season is a small batch release that captures one of Benriach’s time-honoured seasonal production techniques.

Both intensely smoked and exquisitely sweet, the special edition has been two-cask matured in both American virgin oak and bourbon barrels – wood types intentionally selected to amplify the toasted sweet notes in Benriach’s smoky spirit. With a new recipe finely tuned by Master Blender Dr. Rachel Barrie, this expression is the most intensely smoked whisky to be released by the distillery.

Different to the majority of peat sourced near the sea by distilleries on the West Coast and Islay, Highland peat is sourced from the mainland and derived from ancient trees and heather. This character produces a distinct aromatic smoke which toasts the barley at Benriach, resulting in an intense thread of sweet smoke interwoven with Benriach’s staple orchard fruit character.

Rachel Barrie, Master Blender, commented saying: “At Benriach we’re always looking to push the boundaries of what is possible in Speyside single malt. With intensely peated spirit batch distilled every year, we never stop exploring how the fruit and smoke aromatics intertwine and mature in a range of eclectic oak casks, either amplifying or transforming the perception of peat. Smoke Season is the result of exploring 100% intensely peated malt, batch distilled and matured in 1st fill bourbon barrels combined with a high proportion of charred and toasted American Virgin oak casks.

Crafted exclusively from intensely peated malt distilled in Smoke Season, the spirit is reminiscent of barbecue smoked fruit in a pine forest. American virgin oak and bourbon barrel maturation develop sweet caramel smoke and cinnamon spiced roasted apple, with hints of charred orange peel and hickory, concentrated at the bottling strength of 52.8% ABV. Smoke Season is a special time of year in the distillery calendar, and this new addition gives both the whisky novice and connoisseur the opportunity to discover the uniquely rich, sweet and smoky character of Benriach single malt, crafted in Speyside, a whisky-making region rarely associated with peated malt.”

The release follows the distillery’s recent launch of a new portfolio, and will become available gradually in international markets from February. Smoke Season has an RRP of £53. For more information visit benriachdistillery.com