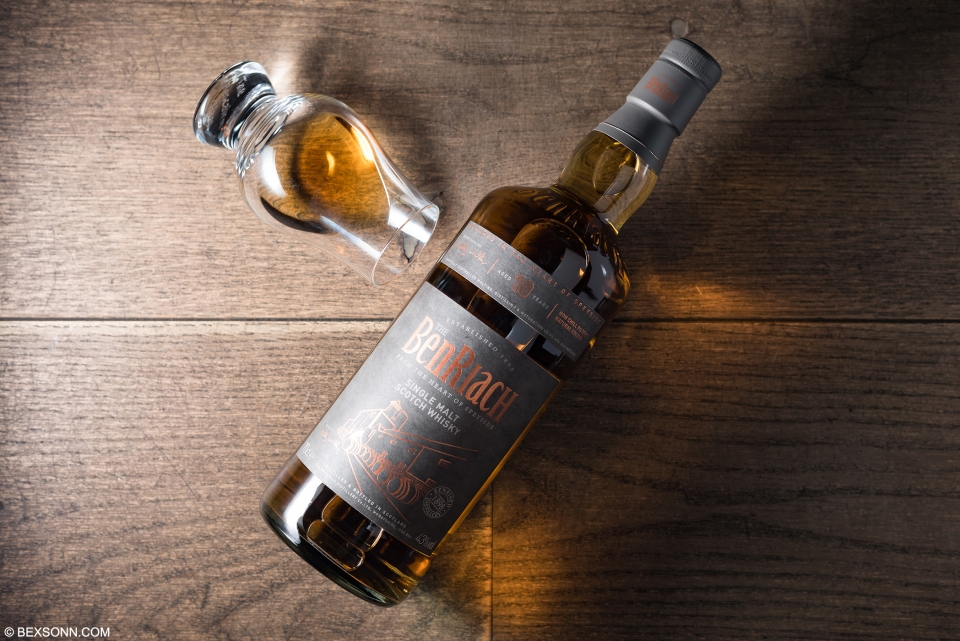 In the last few weeks we’ve highlighted a 10-year-old expression and 25-year-old expression from BenRiach’s peated range. As we’ve already mentioned, under the guidance of one of the industries leading whisky experts, Billy Walker, it is once again thriving. BenRiach are very well-known for their sweet and punchy sherry notes, which they call the sherry bomb. Unlike the previous drams, this 10 year-old is one from their flagship range, which embodies the sherry notes they are famous for. This 10-year-old, is Classic Speyside in character. The cask formula focuses on ex-bourbon and ex-sherry casks – exactly the types of wood BenRiach favour. This drop is said to be a fresh, vibrant and fruit-laden single malt.

On the nose: are lovely suggestions of fresh red apples, honey, toffee and refreshing lemon zest. This is closely followed by butterscotch and marzipan, which is nicely succeeded by the spicy notes of cloves, herbs and rose-water. The nose is delightfully rounded-off by clementines, hints of floral notes, oak and a whisper of candy. The palate: has delectable notes of dark chocolate, coffee, toffee and a touch of that nosed lemon zest. This is followed by notes of honey, the nuttiness of almonds, the spiciness of cinnamon, a hint of all-spice and vanilla. Finishing off the palate are hints of smoke, star anise and oak. The finish: is medium-long, spicy, dry, with lingering pepper, oak and oranges.

The verdict: The previous drops of BenRiach we posted tasting notes on were from their peated range. However, this 10yo is from their flagship range and as an entry dram to BenRiach, it is quite something. It has a lovely balance of youth and depth, which is quite uncommon in drops of this particular age but it just demonstrates BenRiach’s brilliance. With an ABV of 43%, in my opinion it doesn’t really need any water but do so if this is how you prefer your scotch. Like the 10yo from the peated range, it’s definitely another BenRiach dram that should be shared with friends.

This BenRiach 10 Year Old Single Malt Scotch Whisky can be found in-store or online at The Whisky Shop for approximately £40.